I popped onto the internet today to find talk of a new rule change: six again. I was intrigued, given I wrote an article on this site in March outlining why we should introduce that very rule change. 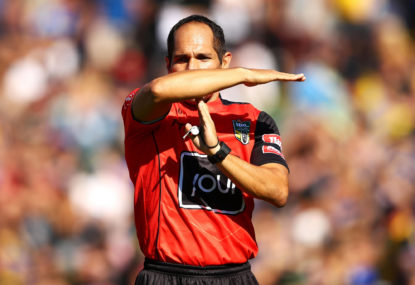 Until Monday that is. I have little interest in which players are putting their name in front of the national selectors as I am far more interested in whether Queensland can finally snare a win against South Australia. 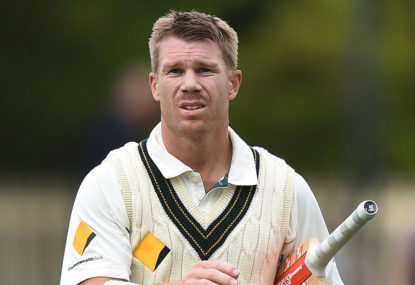 It’s getting tight now in all three games with two outrights very likely and a nail biter developing in Brisbane. 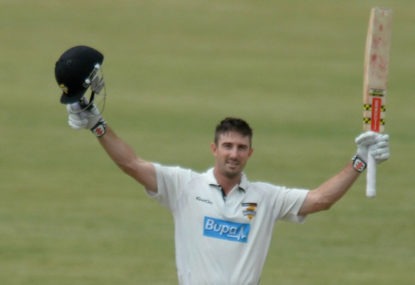 Day two of the Sheffield Shield season was for the batsmen, echoing the thoughts and worries of many that we are going to see another summer of roads. 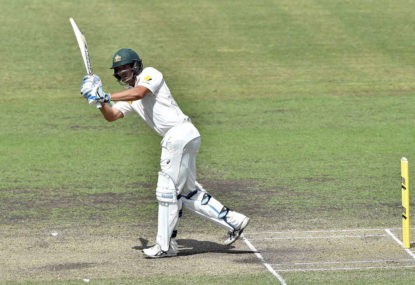 Blues, Warriors and Bushrangers all dominate in the Sheffield Shield

The first day of the Sheffield Shield saw a powerful New South Wales side get a comfortable start to their season, Western Australia get ahead of South Australia and Victoria dominate Tasmania. 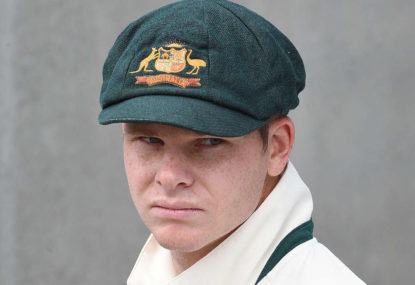 Blues, Warriors and Bushrangers all dominate in the Sheffield Shield

I do like watching Doggett and Sweppo. Sweppo is I think our best spinner and should be playing Tests.
Finch is a good watch in form and I do love watching Maxwell and Silk field.
Paine is very correct bat with some style.

Imagine him in todays game

I am sure Maxwell would get a few mentions

This probably says as much about the roar crowd as the state of the game but there are very few modern cricketers listed here in the comments.

He set up the innings as was the go back then. Plus as you say, the standard of wickets and opposition bowlers was much higher than now. Swampy was actually quick between the wickets, Deano didn’t run those singles on his own and it was regularly Swampy at the other end running with Deano.

This has to be posted

Curtly! I knew I forgot one

I played a few winters with mates a long time ago. we did not take it seriously, and were hung over most of the time. 😁

The Brisbane Warehouse comp is the highest standard of cricket in the world.

To me it is anyone but Easts but still 😁

I never saw you as a Blackhawks guy. Don’t know why, it makes perfect sense. How did your Mum survive West End back then as a Valley’s supporter, she must have been one nice lady.

I keep waiting for a commentator to yell out “Yes Mam!” when Ezra scores but so far they have restrained themselves. We shall see if that keeps up is Souths make it onto the NRL GF day.

Have you noticed how fans treat the current independent officials.

I still think anyone who stays down has to go off for the rest of the game or at worst a HIA and those subs count unless the ref blew a penalty for foul play. No bunker involvement.

Since there are no “nice” beaches there, I would say no 😛

independent medicos will not be better in my opinion, they will still stop the game and probably more often as they will be overly cautious.

Nat, we probably shouldn’t be promoting Mam to the Sydney types by the way, them will all swoop and offer him buckets of brown paper bags.

To bad, has loads of attacking talent.

Did the Kangaroo catcher ever make much progress in the Storm system?

Souths tried to play one out stuff in the first half last week and were run over and well beaten, it looked like we were the ones struggling with the heat. We started to use the ball more in the second half and it showed and we really dominated from then and the Blackhawks couldn’t go with us.
The Bears worry me more than the Blackhawks. We are going to have to be good in both halves, but never write Souths off, we have made many comebacks this year, winning games with full length tries after the siren at times.
Look out for Logan Bayliss-Brow, big prop who has signed with the Broncs for the next couple of years. Townsville couldn’t bring him to the ground last week, he carry three or four at times and the Blackhawks are not a small team.

All that time of Roar fans swearing black and oranje they have nothing to do with the dutch heritage or Hollanida and here we get solid proof all that was rubbish those fans told themselves.

Like the new shirts, got a classic look there.

Selwyn Cobbo will hopefully take that step next year and be our gun centre or at least one of a great pairing.