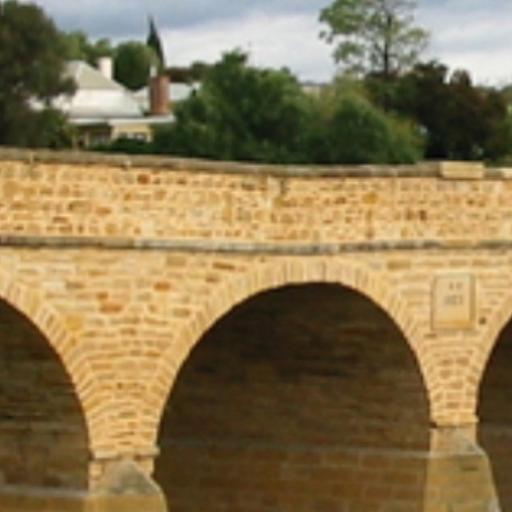 RichieTiger hasn't published any posts yet

Without any sort of official rule change, ‘prior opportunity’ suddenly went out the door and players were giving away free-kicks immediately if they weren’t seen to have a ‘genuine attempt’ to get rid of the footy.

No rule change was necessary because that was always the rule, they are just trying to properly adjudicate it now, rather than constantly ball it up. The problem is this is another case of rule of the week without any consideration to awarding other frees to the ball carrier, like too high, holding the man or in the back.

Yatts, my too funny comment was in response to Shane’s obnoxious comment and total balls up regarding the heat map.
I am very happy to have a footy discussion with the likes of you and respond to comments like Shane’s in a manner befitting.

Who is carrying on like a pork chop?
Did you actually watch the press conference? Or the game?
These are all rhetorical questions of course.

Shane has it completely wrong Peter. You picked the wrong thread there.

Dimma also said in the press conference that he didn’t prepare the players well enough for the Sydney tactics, so it is pretty plain, he even admitted it himself.
I can on occasion agree 100% with you 6×6.

Yeah, like Jack is the only player who puts his arms out for deliberate (or holding the ball).
I don’t like it either, but most of the players do it.

He didn’t. It was clear, especially in the last quarter. Whenever Sydney got the ball out of defence it always seemed to go straight to a Richmond player, with another one standing alone in screen as well. Who knows how many others were standing around freely (no panned out views from Channel 7).

I disagree.
One reason in the rules for deliberate rushed behind free is if the player is not under immediate pressure “and has had time and space to dispose of the football”.
He definitely had time and space to dispose of the football for a long time before he was under immediate pressure. The question is, does the fact that he brought the eventual pressure on himself by doing nothing, mean the free should have been awarded. I think so.
Think back to a year or two before the deliberate rushed behind rule and Brett Delidio kicking out from a behind. Twice in a row when he couldn’t see anyone to kick to, he kicked to himself and went back over the line for another behind. It wasted valuable time. Are you saying after a behind a player should be able to walk back to the goal line and wait for someone to come close so he is under pressure and concede another behind?
Regardless of how the rules are written, the interpretation (which is what changes in AFL all the time) was how it should be. The umpire explained it clearly, the only question to me is, did he make it up on the fly or was that the interpretation explained to clubs already?

If I think back to the days of the fairly standard 51cm 4×3 TV, you wouldn’t want any wide shots, because you wouldn’t be able to make out the players. They definitely have a place now we all have bigger TVs though.
I would love it if they just broadcast a constant wide view on a second channel and I could set up another TV just to see what was going on. I think it would really enhance the viewing experience.

I think if you run to the boundary line with the ball and wait for someone to push you over the line you would be pinged for deliberate, so no difference.

I too just read the Russell Jackson article and it was a good read.
On the Richmond blog today Yattuzzi asked me what is going wrong at Richmond this year on the field and I realise now that the TV broadcast is one reason I can’t quite pinpoint it. I am missing going to the footy this year, but a big reason other than the outing or atmosphere, is that it is harder to appreciate and understand the game you are watching.
One of the regular Richmond haters was trying to claim that Hardwick must be copying Buckley’s boring flooding style, which I was pretty sure wasn’t the case, but I could only really confirm he was wrong after reading reports about the game.

The whole team flopped about all night, led by Dangerfield as usual.

There were two of them looking at the screen. Perhaps it was a planned tactic. I am surprised then they all didn’t do a Chris (and Brad) Scott arms to the side, sideshow clown pose. It might have been more effective in putting off the opposition.

Petro, were you trying to get in first before someone made an Adelaide joke?

Rowdy, the fact was that those “clubs” agreed to pay those license fees to join the premier competition, so they obviously thought it was a good idea. West Coast (also Brisbane) was privately owned and investors don’t part with their money unless they can see a return. I think $4 million was a pretty good investment by West Coast considering the money they are now generating.
(Even your club was keen to join well before the West Coast did.)
In terms of infrastructure, the AFL owned Waverley but not much else. All clubs provided their own grounds. So I don’t think you have much of a case there.

Cotchin took his family, but no others I think. I sure Jack could have if they wanted.

When you say AFL freeloaders, are you talking about AFL life members (ex players and the like) and freeloaders who work for a sponsor? I am not sure they will not be invited to a Grand Final regardless of location, though I guess many will not be able to get to some locations.
Doesn’t Adelaide Oval at least have cricket members too? I wonder if they would be invited. (We established on another thread that the SACA Chairman demands the view of the Cathedral during the cricket, I wonder if that also applies for footy.)
Cricket members a moot really, not many would join the MCC if it wasn’t for footy. Cricket club by name only. It could stand for Chess Club and it wouldn’t matter.

Richmond did in fact look at Woolongong.

It's mind over matter in a season like no other

With apologies to James if he doesn’t know what we are on about.

OMG you must be PTS because you make the same argument. New profile and all that.

And Richmond were missing Rance. (And Freo would have been Premier if it wasn’t for injuries according to some. )
Cats couldn’t string two wins together.

Plenty of it around here!