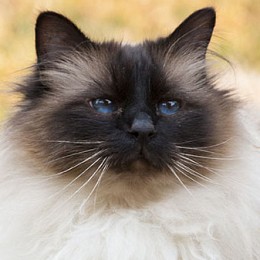 I lost a bet to Adelaide Docker, and this was my punishment

Many parallels can be drawn between Star Wars and the AFL. Both have enduring histories, epic rivalries and powerful entities orchestrating perfidious acts; but above all, they’re enriched with heroes and villains we love or hate. 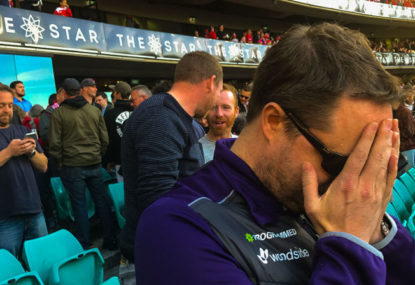 I lost a bet to Adelaide Docker, and this was my punishment

The question this week for the Hawks fans is will Alastair Clarkson and his men be the last ones standing at the end of September?

Defence the best form of attack, but attack the best method of winning premierships

There is also a well known saying that ‘the best defence is a good offence’. This is an adage I firmly believe in.

Defence the best form of attack, but attack the best method of winning premierships

Do the media even know what they are talking about?

I’ve been watching the AFL/VFL now for nearly 30 years and this season is shaping up to be the best I have ever witnessed.

Do the media even know what they are talking about?

Have fun dealing with Essendon. Quite possibly the worst club to deal with.

Bully? I’m not the one resorting to name calling like ‘Di-ck’, or demanding a valid comment be removed just because you/Waz disagrees with it.

The very definition of a ‘bully’ is on display in this very thread by you two.

Not at all. I’m enjoying my boys in 4th place. Looking forward to seeing them smash Wolves next month at Emirates.

It won’t be removed, because Daniel knows I make a valid point, unlike you.
https://www.forbes.com/sites/vickyvalet/2019/03/07/the-worlds-most-reputable-companies-2019/#5f6c9f4913b6
Rolls Royce is number one on that list of car manufacturers. A bit W$#%ky to ask them.
Toyota, second, but they already pay the AFL to be their major sponsor.
Third, BMW. Now BWM may do it for free, but I’d expect some financial compensation offered by the A-League if they are serious about my proposal.
I’m sorry for walking you into that one.

Perhaps this represents an excellent opportunity for some cross-code promotion. After all, the Tigers alone have 103,000 members to the A-Leagues 87,000. Richmond could spare a few fans.

The A-League could provide invaluable CPD for the Tiger army by training them in the ways of lighting up a few thousand flares instead of but a few. I can just see the ‘G alight with 50000 flares — the Pies fans will not know what hit them, literally. The Great Southern Stand is undoubtedly due for a renovation too.

It’s a win-win for the A-League, the Tigers, the AFL and the ‘G.

Going to games is more important than marketing campaigns

You’ll get that with crowds in the hundred thousand range. The A-League has the opposite problem, i.e. a few thousand through the gate and falling.

I’m merely postulating the notion of BWM helping with the A-League’s clear identify crisis, along with its direct association with b0ganism.

I’m glad you rank me with the best. I aim to please all my little followers like you.

So the best is now determined by which team makes the most prelims. Sounds good, anon.

About as good as someone gloating about being the only one tipping the Tigers in May, only to then provide evidence with a date that shows the Tigers in the top-4 at 7-3 during this time. You go even further and try to rebuttal this by saying it was more like 5-3 or 6-3 as if it’s next to impossible for someone to check the ladder during these dates. Brilliant stuff!

Kind of stating the obvious now, but I think it’s essential we take baby steps with you.

I’m just messing with you, anon. In all seriousness, though, I have never seen anyone predict as much wrong as you have done this year.

But Richmond didn’t have the most injuries throughout the year. You decided to abandon the Tigers early in the season when they did have a few, not realising they would have time for most of their players to return, unlike GWS and Collingwood that suffered come finals.

Freo has absolutely nothing to do with you jumping ship, then joining the party after realising how silly & premature your prediction was.

Nice call on Dusty as well. Top-notch that one.

Hang on a minute. So having injuries is now a valid excuse, so long as your team has an arbitrary figure of more injuries than every other side? Come on anon, at least Roarers like Don Freo keep it consistent. This is just embarrassing now.

I’m not making this stuff up. It’s your comments I’m referencing for all to see.

But you said in 2017, Richmond’s premiership will always have an asterisk by it. They only won because of home ground advantage. So if this is true, then you honestly don’t believe they were the best in 2017.
West Coast was clearly the best in 2018, and you $#@%-canned the Tigers early this year before jumping back on board when they were back in the top-4.
Now, I’m not saying they haven’t been the best over the past 3-years. I’m merely saying it’s hard to believe they are based on what you have said on this very forum.

Interesting. You also said this during the year (quite a few times might I add):

“Every team deals with injuries champ.
West Coast won a premiership without Natanui and Gaff.
Your team WILL have injuries. Every team does. It’s not a valid excuse.”

Not sure why you would jump off them if you truly believe what you said there. Any more BS you’d like to add?

You clearly know who I am. I have no idea who you are though, simply because you were never at the top to worry about.

The Tigers are the 2019 AFL Handicap Premiers.

Was in the top 3 for most of the year, which you would know. Went all out to beat the leader — no points for second place. Crashed and burned. Better to have a crack than finish like you.
The reality is simple. If the Cats play the Tiges/Pies at Kardinia Park, they win. That’s not the system though, so the Cats have to be that much better. It’s tough in an even competition to do that, but Hardwick would know his team is not the best.
It is what it is, my friend.

A disappointing game, but GWS should learn from it hopefully.

Tiges have a dominant structure, but it’s not formidable like possession game style. I don’t expect too many teams to copy it in 2020.

“but I was BOR. No, not a bore that is constantly correct but BEST ON ROAR.”

I guess you felt compelled to pump your tires up after you were humiliated earlier this week and caught out lying.

Let’s see what you actually said this year about the Tiges before you decided to jump on the Bandwagon:

“Richmond got incredibly lucky to win the premiership in 2017.
In 2/3 finals they were gifted a massive home ground advantage that they had not earned. Instead the higher ranked opponent was punished with away ground disadvantaged.
It will be a premiership with an asterisk against it.”

“Brisbane have won comfortably the past two weeks. Richmond generally struggles at Telstra Dome and are midtable at best.”

“Martin’s was after that big contract and played out of his skin in 2017, but he’s taken his eye off the ball. He’s just happy to collect the pay cheques right now much like Bud.”

“1. Geelong (the only team you can have on top)
2. Collingwood
3. West Coast
4. Brisbane (they won’t be top 4 at the end of the year but they are here for now)
5. Western (2/2 but Sydney are cooked and the Hawks just fell in a heap)
6. Port Adelaide (fall after struggling to beat Carlton at home for much of the day)
7. Hawthorn (I suspect the Western loss is an aberration)
8. GWS (fall from 2nd. They’re a still issues at that team. Essendon were just putrid in round 1)
9. Adelaide (hard to get a read on this team, but gritty win in Sydney)
10. Richmond (they’re in big trouble)”

Almost as good as your ‘Melbourne finishing top‘ prediction.

He must be an exceptional talent for the Tigers even to consider it, let alone select him for the GF.

In all likelihood, the two new franchises will fail, so it’s critical this club starts reaching its potential to keep the A-League afloat for another decade.

Western Sydney Wanderers are about to monster the A-League

Or, they could just have lost to a very good side in one of the greatest prelims I’ve ever witnessed.

Once you edit something it shrinks. It’s a problem with the editor I’m guessing.
For instance, this sentence will no longer have a space after editing.

I love how you use ‘about’ in that sentence.

Serious question. Do you even watch the games?

“No-one else was making the Richmond prediction back in May.”

Richmond was sitting 4th on the ladder at 7-3 when you made that call.

You do realise how st$pid that sounds, right?