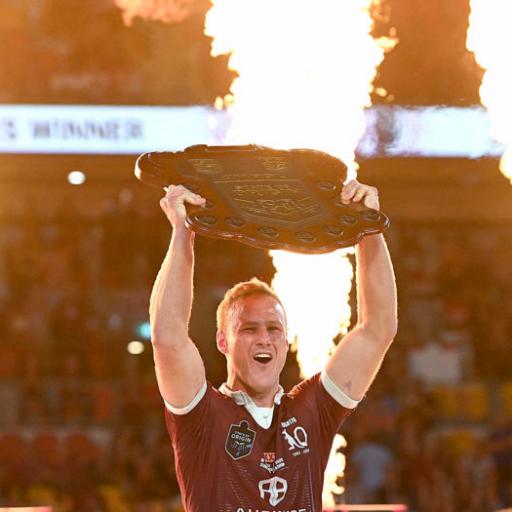 Well no, it’s a constraint as we speak and I’m not referring to right now and I took it from the article that the author isn’t either. In a matter of months there will be multiple vaccine options and transport systems in place. This -70* transport requirement is just one of the vaccines and the others won’t require such specialised transport, therefore, opening distribution up significantly.

That’s my big caveat, if supply exceeds the roll out (keep in mind there will be quite a few options in the near future) than surely another avenue for free inoculation isn’t a bad thing.

Call me a cynic but there’s already avenues to move up the list that the wealthy are trying to exploit. On the same premise as above, if some rich buggar is willing to provide shots for his 1000 staff for the sake of their own jab (might sneak some family in there too no doubt), I’m comfortable with the 1000 others getting the jab. Individual shots – not so much.

Yeah, 5 or 6. Green defo stays but just depending on how many and who comes in as to which order. I doubt Paine gets dropped, he just didn’t have a great series in leadership IMO.

If not Puc and Warner, who would have open Geoff?

Fair points Albo and I hope I didn’t come across as shunting all the blame on Paine. With the team we had, if our batters played their best we score 1000 runs and the same with the bowling attack in limiting nearly any current international team. My concern around Paine was how he was positioning his team to support his bowlers. It’s only “unlucky” once or twice if a potential catch hits the turf. Any more than that is tactical. Gifting singles when they had less than run-a-ball to win. Plus when/how to use his bowling attack (which I think we agree on). It was like he had a plan but no 2nd option when it wasn’t working. Like all games though, one or two of those catches go to hand and we can cover up the cracks with success.

This is a gutsy article Sam. I dare say you’ll see a slew of ‘entitled athletes, wait your turn’ type comments and that is an easy, simple answer. However, you do raise some good points from both personal and commercial aspects.

If the sporting organisation can fund the procurement and vaccination process, why not? Isn’t 2 lines better than one when trying to get the maximum amount of people vaccinated? As long as we don’t get a shortage for the Govt’s free roll out then go for it.

Don’t feel self conscience about wanting sport on TV, there are ample studies to the mental benefits port can have on our well being. Do we make the jab compulsory? Yes, this isn’t the flu jab that was largely inconsequencial to COVID19 transmission, this will save lives and guarantee the game lives on. If they are an anti-vaxer, either bubble yourself or seek alternative employment.

The phoenix of Indian cricket

Yeah, I tend to agree Scotty. While I was getting increasingly frustrated with Paine the keeper, he seemed to stuggle with his tactics all series and some of his stump chatter does nothing for his credibility. I’m on the fence whether he needs to be dropped all together but I think we need a better tactical thinker as Captain.

As far as the rest go, CA may as well use this loss to finish the Wade/Head experiment and bring in a true, young all rounder. I wonder how Renshaw would go at 6? He’s a slow bat with a spin option. I’m not as harsh on the bowlers. It’s easy from the couch but bowling 20-25 overs at a wall will wear you down and the boys were stuffed. At their best, they are the best and it’s taken a long time to bring them together fit and healthy so let’s not have a big reset because they came up against some solid opposition who wore them down.

That’s the crux of it. The Aussies found themselves against a young, hungry team determined to take their ‘one shot’. These guys came as net bowlers and leave as established Indian test players, winning the unwinnable, thus, setting themselves up for a long time in life. Sucks to lose but very happy for these guys.

Captaincy isn’t about bowling, it’s making all those decisions that Scott highlighted that Pat will have to make. Pat is an amazing player but I don’t/haven’t seen the tactician needed to win a test.

Passing comment on someone who knows 100% more than you does very little for yours.

You have a very liberal use of the term “deserved” Joe. I get he’s a Newy boy so the story was always going to be skewed but I’m struggling to see what he has done to “deserve a second chance”. His story is the same as every 2nd house in some neighbourhoods yet he became the person, the supplier, that keeps the other households down. Fortunately he survived an OD, what of the other Newy locals who didn’t survive on the gear they purchased from Mullen?

Ok, so it was 2yrs ago, what has he done in the community since? I’ve read a few articles on the matter and there’s very little to suggest he’s given anything back. I’ll happily stand corrected. Being a good footy player doesn’t give you the right to play NRL and being clean and remorseful doesn’t mean he “deserves” a second chance to do so.

Morning John. Well, to be fair, we need to distinguish between and ‘incident’ and a media beat up. NAS going beserk in Bali was an incident. Fifita goes into the wrong room of a house he was invited into and they call the police (likely because he has the silhouette of Sully from Monsters Inc). That makes front page news even though he was immediately released with no charge

Would Bennett have more influence on behaviour? Not sure, there have been many players do the wrong thing on Bennett’s watch and either disciplined or been sent packing. Even in this situation, Haas is obviously reacting to something. The Police weren’t called because of him but this side of the story is all that is reported.

Never see them getting in trouble on the northern side. Haas was in the Tweed – it counts… 😛

Geez Mick, you were leaning heavily toward hyperbole the whole way but to land on a comparison to Packer? Let’s hope your next J-walking ticket get tried as redrum.

Sack him, fine the club and kick his dog…

Carrigan will get done for tax avoidance.

Yeah fair. I probably have more faith in Morgs doing a job and he pretty much has too. This season The talented young fellas may usurp those who haven’t found their best in a while.

Bell’s another Moranbah boy. Same as Hannay and Norton. I can think of half dozen NRL players to come from there in the last 20yrs.

I don’t think the roster is poor Jimmmy. Strong pack with depth and youth. Highly talented spine. I don’t mind Hammer in the centers but who partners him? Agree about Marsters. Hopefully ISP is back up and he can find some form. In form, he’s a walk up start. A fit and consistent Morgs will make a big difference.

I watched one of dust-ups from Brown in the youth comp. He was chasing Pangai Jnr around for 5mins! Nut case.

Pretty astute pick up by Souths. You could do a lot worse to have Sauce as the backup winger. Although ol’ coach likes the experienced players so I’d say Sauce may just start in place of Paulo – for a while at least.

I know the sentiment came from a good place but I doubt Josh wants you writing his eulogy. 😂

Where is Toddy these days? Hill may have secured himself a cushy board role in the private sector somewhere that doesn’t have to report to a sea of Adidas trackies who refer to him as Bro…

They are a bit of fun and there’s a few players who got their NRL start due to strong 9s showing. As long as they avoid injury who doesn’t want to see Hoy, Ramsey or Hammer lighting it up as they did last year.