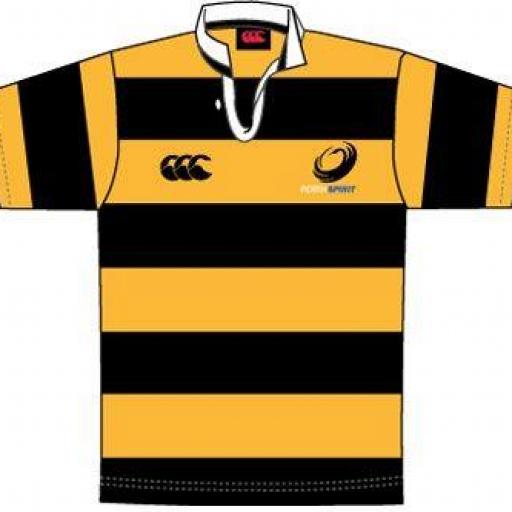 Sheikh hasn't published any posts yet

If the Force try and lose the game they’ll fail, and could then get into the finals!

Pssst, Mr Harper. I don’t think the Waratahs are playing the Hurricanes at HBF Park. I mean, it’d be great if they did as I could enjoy the match in person, but I suspect the NSW crowd might not be happy with playing a home game in Perth.

It was from a kick (box kick, I think). Force player jumping for the catch, Crusaders player took out his legs.

The TV showed replays at the ground which should have got the ref asking the TMO for a second look; about 10-15 minutes in when the Crusaders player took out Godwin (I think) in the air. Completely took his legs out from under him – straight red this year. But none of the officials were interested.

Now the draft’s over, and Tyler got some things right and some wrong:

“Do not be surprised if we see four or even five teams draft a potential franchise leader [in the 1st round].”
Only Pittsburgh (with Big Ben retiring) took a QB in the 1st round, and it wasn’t any of the three Tyler reviewed.

A very unusual draft with the 2nd QB picked being the 74th pick, and only 9 of the 262 players taken being QBs (including Mr. Irrelevant!) Possibly a result of the glut of good QB prospects in the last couple of years, possibly due to next year being thought to be a another good year for QBs (so teams will wait a year before attempting to take a franchise QB), and possibly due to Covid disrupting both the college and NFL sides over the last couple of years so that young QBs haven’t had the chance to develop.

True, but in the last year the Wallabies have also lost to New Zealand (3 times), plus England, Scotland and Wales, ranked 3rd, 5th, 7th & 9th in the world, and drew with Argentina (8th).

I recall one lunchtime break where “celebs” were batting against various bowlers, often Warne or MacGill, with the runs they score being converted to cash for charities (so the bowlers were going easy on them!).
Hugh Jackman was up against Warne one day. Now Jackman was a decent cricketer (I think he was in the NSW junior teams) and with easy-pitched deliveries he scored well off Warne off the six balls he faced. Afterwards, as Taylor(?) was handing back to the studio you could see in the background Jackman and Warnie chatting and Jackman obviously asked for a ‘proper’ delivery from Warne. So Warne bowled one more ball, which completely flummoxed Jackman and clean-bowled him.

In his interview Pasitoa mentioned Kahui’s quiet support suggesting moves which meant that the 10-12 axis was always on the same page.

REACTION: Aussie legend demands Wallabies call-up for Force 'future star'... but is it too soon?

That’s because we’re not allowed out of the state yet. Give us a couple of weeks, and you’ll see the Force travelling support again.

REACTION: Aussie legend demands Wallabies call-up for Force 'future star'... but is it too soon?

They *should* be back, but you’re right, there’s no guarantees.

In their favour is that they have a young offense packed at the skill positions (so not expensive against the cap yet) and a defense which looks 1 or 2 players short of dominating. They got to the Super Bowl with the 29th ranked offensive line and have the 3rd largest cap space, so unless the front office is completely barking they’ll go out and hire the best free agent linemen they can get their hands on.

Of course, this is Cincinnati, and their front office is barking, so they’ll probably draft another WR in the 1st round and stock their defense with 10 more free agent CBs!

Another issue with the USA is that top health care is only available to those able to afford it. Basic health care in the USA varies depending on where you live, but can be very basic.

English is my first language, and I don’t know what Cattledog means with the sentence: “However, it’s occurred.”

The ‘it’, referring to the previous sentence, is a 10 year old article (I think he means ‘an article’, not ‘the article’). Not knowing the article in question, I suspect Cattledog wrote an article 10 years ago calling for red cards to be 20 minutes in the sin bin rather than permanent dismissal from the field of play. But the use of “it’s occurred” at the start of this piece leads me to think that Cattledog believes that his 10 year old article is the reason for the recent rule change!

The coin toss only determines the winner if they score a touchdown. If they get stopped and score a field goal then the other side gets a chance to score (another FG and play continues, a TD and the 2nd side wins).

It’s reckoned to be pretty fair, but when there’s a high scoring game like Chiefs-Bills with offenses dominant, you have a point. I’m not sure the idea of having 4 minutes to score is the way forward, as not all teams are pass-oriented. For instance, the Titans rely on a running game and their drives often take much more than 4 minutes, so you’d be disadvantaging those sides.

Currently the rules are 14 days quarantine and no exceptions. I think if the government accepts the fly-in-fly-out during the length of the competition (or until the border rules change again!) then 14 days home quarantine at the end will be the least of the worries.

WA teams in multiple sports are asking the government if opposing teams (and maybe even the WA teams themselves) can do fly-in-fly-out like the AFL had managed to do for the last couple of years.

But not all stadia have the separation of players and supporters that Optus (Perth) Stadium can achieve.

Well, the Patriots got in as #6 and will be meeting #3 Buffalo; so if your reasoning is correct, they can beat Buffalo away.

Then, as #6 seed (unless Pittsburgh can beat Kansas at Arrowhead – let’s say not) the Patriots will travel to Tennessee (#1 seed) who appear to have Derrick Henry back. You think they can beat them (I’m not convinced!)

If the Patriots do beat Tennessee, then they’ll meet either Kansas or the winner of Cincinnati and the Raiders (I refuse to call them Las Vegas!) I think the Bengals might win their 1st post-season game in 30 years, but their 2nd will be tougher (at Arrowhead).

Either way, the Patriots will have to travel to Arrowhead or Paul Brown Stadium. Your argument against Kansas has some merits (but at Arrowhead I think they’re probably too tough a side).

I can spot a hole in your argument for beating the Bengals, though. QBs facing Belichek for the first time might struggle, but Burrow isn’t playing like normal QB; 2nd year QBs don’t generally play like he is. Although possibly a better argument against the Bengals here is that they’d have to win 3 games in a row to win this match-up, and they’ve only done that one this season, when playing severely under-manned Broncos and Ravens sides!

I recall a test at the WACA being delayed because the sight-screen jumped off the rails when being switched when a new bowler wanted to bowl round the other side of the wicket. The captain told the bowler to bowl from the sight-screen-covered side until the ground staff could fix it.

Independent Senators are a bit less common (because they generally start their own one-man party) but Reg Turnbull and Brian Harradine both lasted more than 10 years, with Harradine lasting 30!

I’ve not seen Lando Norris say that letting 5 cars through was not unprecedented; I’ve seen him say that letting cars unlap themselves or not changes from race to race (it is at the discretion of the race director), but I can’t recall only some lapped cars being allowed to unlap themselves in an F1 race before.
But who is the race director to say that the battle between 1st and 2nd is more important than the battle between 2nd and 3rd? Surely Sainz should have been given the same chance to fight for the place ahead of him as Verstappen had?

Well, there were two issues with the releasing of some lapped cars:

1) There is nothing in the regulations which says you can only release some cars. It is all lapped cars or none. The Maclaren between Verstappen and Sainz wasn’t allowed to unlap itself, and so Sainz was prevented from racing for 2nd place.

2) The regulations clearly state that after the last lapped car goes past the safety car the safety car may pull in at the end of the following lap. The release of the 5 lapped cars between Hamilton and Verstappen and the safety car pulling in all happened on lap 57 of 58. The safety car should have stayed out for the last lap and then pulled into the pits at the last corner. But people would say the stewards were favouring Hamilton, then!

What I think the stewards should have done, which would have been allowable under the regulations, is pulled the safety car in at the end of lap 56 with the lapped cars still between Hamilton and Verstappen. There would then be 2 laps of racing where Verstappen (on new tyres) would have to get past the 5 lapped cars (being shown blue flags) and get after Hamilton.

“Buying a seat in F1 is indicative of what the sport has become.”

To be fair, F1 has had paid seats back to when I started watching in the 70s. Many teams had a top driver and a pay driver who’s sponsorship helped pay for the team. Even Senna was, to some extents, a pay driver as Banca National in Brazil sponsored him so that his team didn’t have to bear all the costs of his wages.

There’s something not right about the Giants franchise. Although, because the Jets are even more of a basket case, I wonder if it’s something about being in New York. Maybe the pressure of being in a big market and having to win causes instability in the franchises as they feel the need to win now and can’t build a proper side.
Doesn’t seem to affect some of the other New York franchises in other sports, though.

I suppose that it could be done with Australian (or Australian based) teams having a bye before then playing blocks of matches in NZ.

NZ teams would then to do their travel in blocks, too, with their bye when they head home.

It’d be a bugger of a thing to schedule, though.