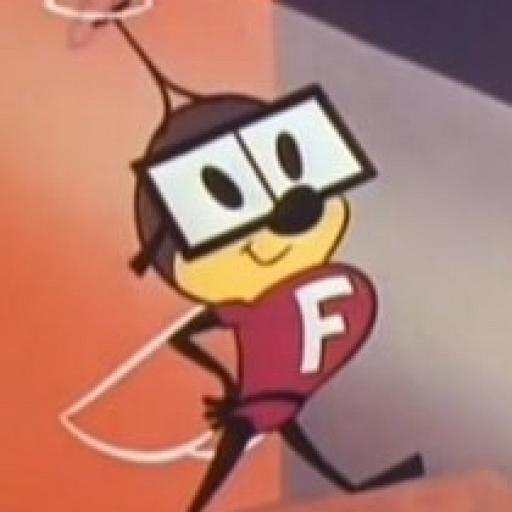 Willie hasn't published any posts yet

I agree with your assessment that its more than ever a midfielders award. Yet every close observer of the game understands how critical key defenders, ruckmen and key forwards are to success. I suspect one possible explanation lies in the fact that field umpires award the votes. Umpires are always close to the action, but that might be part of the problem. They see the game up close. But does this give them perspective? I wonder if their constantly microscopic view of the game causes them to miss important contributions off the ball? Just a thought.

Brownlow reforms are desperately needed for a fairer count

I suspect that there will be more psychological pressure on Melbourne than on the Dogs. How Simon Goodwin manages that, and how the players prepare will be key. What I notice about both of these teams is that they seem to be in a good place spiritually. The players really play for each other, similar to Richmond during its run of glory. As a neutral supporter I’m really looking forward to what I hope will be a cracking game.

Not sure I concur that he there is a Toby tax, except that he has been fined a great deal over his career, and received relatively few suspensions given the high number of reports. I think the comparison lends more weight to the view that there is a Selwood Protection Racket, and has been for a long time. Anyone who cant see it , is either a Geelong fan or blind.

'Greene gets two weeks, Selwood gets off': Does this incident prove the 'Toby Tax' is real?

That comments defames all Half Back Flankers including past ones like me. 😂

I personally find it rather amusing that McGowan that declared Eddie wasn’t ESSENTIAL to the Grand Final. Quite a blow to his well developed ego. Fact is, he’s not essential to any game of footy. But somehow he’s made a motza out of the game.

Since when has neutrality ever mattered to the AFL?

'The best football weekend of the year': Four cracking games to start the AFL finals

I would have selected Seedsman over Keayes. I agree that Keayes had a good game against a quality midfield but he’s still not clean enough with the ball. Not much in it though.

For Paul Seedsman not to be placed on a wing in this list is very surprising. His performance was outstanding. Probably BOG in a losing team.

I don’t believe this article adds anything of value. There has been more than enough sanctimonious piling on already.

I really feel for Matthew Nicks who is doing his best to repair a club that time and again seems to be in strife. To have this happen from an ex Captain, and very senior player is particularly sad.

I didn’t suggest that I support Victoria or its 100% ownership of grand finals. Quite the contrary. I’m not Victorian. But I do tire of the WA attitude. Especially the Premier.

It would be very annoying to see WA, the most parochial of all states which 120 years on, remains the least committed to the concept of Federation, get rewarded with 50% of the finals action.

Many Crows supporters might disagree with your assessment of Don Pyke. He can’t by himself be blamed for their GF loss to an emerging giant of a team that would go on to win 3 out of 4. But what I observed about him is a stubborn reluctance to shift his game plan when the opposition defence had figured out how to blunt the Adelaide attack. Similarly, he would leave a player getting thrashed by his opponent in the position for too long. Plan A was great as long as it worked, but there didn’t appear to be a Plan B.
I would also question the assertion that there is a toughness about Pyke that Teague lacks. A lot of cultural issues that plagued the Crows suggest that senior leadership in the club has lacked firmness and consistency, and of course that wasn’t just the senior coach. That said, life is a learning journey, and Don Pyke may have grown as a result of that GF failure and the subsequent melt down of the club. Perhaps like Malcolm Blight he might get the chocolates second time around.

Port v GWS is the big head scratcher for me, although North and GC could produce big upsets. Does anyone know when the decision of the ground for the Port / GWS match will be? It doesn’t appear to be decided yet. I suspect the ground could a big role in this one.

If Gill believes that, maybe he is the problem.

anyone who watched the Brisbane – Adelaide would would be convinced it isn’t a rule.

I’m just not convinced that bigger equals better. Do we really have enough talent in the country to support 18 teams as it is? Are we making the game a better product by diluting its talent base? Also, as an South Australian who has lived in Sydney for about half of my life, I can say with some certainty that there is not the demand for a third team there. Sydney siders love their Rugby League, and its being managed well at the moment, delivering an improved product. They’re not for turning. GWS would suffer if a third team were introduced, and may lose any growth potential it has. I also worry about the impact of further expansion on second tier leagues like SANFL and WAFL. These competitions have recovered somewhat from the last expansion, and have loyal followings. The dilution effect of AFL expansion would surely impact those comps as well. I’d rather see the AFL focused on improving the product, and the spectator experience. I’d be open to a team in Tassie as long as there was a commensurate reduction in Melbourne based clubs, or if Gold Coast fails, which they may. Territorians love their footy but there just isn’t the population to make a sustainable business case. Perhaps either Adelaide or Port could adopt them in the same way Hawthorn has with Tassie.

I’m just wondering, where Tony Lockett ended up in your calculations? Not advocating, just curious.

That’s a very thoughtful approach to it, and hard to argue with.

I think Dusty makes the list simply based on his record of imposing himself in Grand Finals when the game is on the line. He’s been incredible at that.

There were some SA players who went over to the VFL too late in their careers for them to truly show their brilliance. examples Russell Ebert, Graham Cornes. Others who never made the trip who could been VFL stars include Garry McIntosh, Michael Aish, Peter Carey.

They are all really good options. That’s what makes a top 10 so difficult.

But there are are plenty of SA names that were up there with the best in the game in Victorian sides in the VFL/ AFL. To deny it is just head in the sand stuff. Here’s a few just get started: Stephen Kernahan, Malcolm Blight, Darren Jarman, John Platten, Craig Bradley, Gavin Wanganeen, Len Fitzgerald, Michael Taylor, Craig Kelly, Ryan Griffen, Shane Edwards. and some that went to AFL teams outside of Victoria, SA born Matthew Pavlich, Shannon Hurn and Adam Goodes. A major reason the VFL and the Vic side of the AFL has been so strong is the pure talent it has gotten from the other states. Victorians aren’t born better footballers. They just preside over an oligarchy.

That’s a rather narrow-minded thing to say. Fair enough, the code began in Victoria (1858), and over the journey its been the strongest AFL state. But to say the ‘VFL is the AFL’ ignores the long tradition of game in SA (first club 1860), WA (first club 1881) and Tassie (first club 1864). And within those state competitions some truly great clubs have been a part of the fabric and history of the game (Port Adelaide 36 flags, 1 afl, 4 x Champions of Australia, Norwood 30 flags, 2x Champions of Australia, East Freo 29 Flags.) It also ignores the contribution of so many champion players from other states to Victorian football.