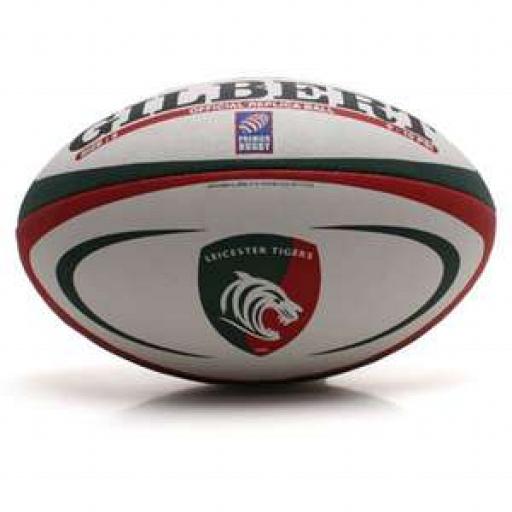 As someone has just commented on Cricinfo during the latest humiliating loss today, the Black Caps simply have a “mental block” about playing Australia. The drought mentioned in the headline will continue for so long as the Black Caps regard themselves as markedly inferior to the Australian cricket team. They should be sent to a “sports psychologist” or something.

True, DaveJ, but on the evidence of the recent disastrous tour to Australia, and the evidence of the past 35 years generally, the Black Caps have a deep-seated inferiority complex about playing the Australians. On the obverse side of the coin, the Australians have a ferocious determination not to lose to a bunch of Kiwis. So the odds remain overwhelmingly in Australia’s favour despite the most recent form, how the teams look on paper, the potential of individual players or anything else.

To be fair, Fiddlestix, Farrell did seem to wave his arms in the direction of Kolbe but by then Kolbe was already three time zones ahead of him. Farrell trying to use his arms in a tackle for the first time looked a bit like a fish trying to ride a bicycle.

Well, the highlight for me was the detailed speculation about whether it was possible for Eddie Jones as an Aussie to receive a Knighthood and whether all members of the England squad would receive honours for winning the World Cup. Like Eddie, they seemed to think that beating the All Blacks had already won them the World Cup. Absolutely extraordinary disrespect for the great rugby nation of South Africa.

Not sure who “BackInBlack” really is. Hides behind a guest account. Pretended to be a New Zealand supporter yesterday. Now suggests that he is an England supporter. Probably in fact an out of sorts Irish supporter. Very confused whoever he is.

If the astounding story in Georgina Robinson’s just published article is true, they did have a relationship – a highly toxic one!

“Rugby Australia chief executive Raelene Castle was left visibly upset after a heated verbal stoush with Wallabies coach Michael Cheika at a cocktail function at the Australian embassy in Tokyo during the World Cup.

In an incident that was symptomatic of the degenerating relationship between two of Australia’s highest-ranking rugby officials, multiple sources have told the Herald that former Wallaby Morgan Turinui was forced to intervene to stop Cheika and Castle tearing into each other in front of dozens of guests at the embassy in Tokyo’s Azabu Juban district.”

It really is time to drain the swamp and start afresh.

“The problem with a performance like this is that it’s inevitably followed by a tighter game. See 2015 semi, 1995 final for examples.”

Corne, although England v New Zealand should be a great semi-final, the real final will of course be the final contested by the two semi-final winners and something tells me that this will be between the Springboks and the All Blacks. They have played each other 99 times. What a great thing it would be if these ultimate rugby rivals played their 100th match in the final of a World Cup – is this fated to be?

A question for Roarers – is Laurie Fisher available to be appointed coach of the Wallabies? The general view, shared even by Slack, seems to be that the next coach has to be a Kiwi. I read an article recently which named 10 Kiwi coaches who might possibly be considered. But why not someone like Fisher? Certainly agree with Slack that RA should move heaven and earth to try to get Eddie Jones back as soon as possible.

I am one of those who predicted it, “Neutral”. I said that the Irish were one of the two “pretenders” who would crack under the pressure in the knock-out rounds. Wales is the other one and and should have been knocked out today but the Springboks will easily dispose of them next week.

Ultimately the Irish have a great con job on themselves and the rest of the world since upsetting the All Blacks twice in recent years. Consider the following comments:

That is a real slap in the face for the Springboks. At the time of writing All Blacks have played the Springboks 99 times in history and have won only 59 times (with four draws). For decades there was nothing between the two sides and often the Springboks had the upper hand. It took the All Blacks until 1996 to win a series on South African soil. In New Zealand they still say: “What was the greatest side ever to leave New Zealand?” Answer: “The 1937 Springboks”.

How is Ireland’s record of winning two matches out of 32 (with one draw) over 114 years against the All Blacks a “pretty good record”? It is almost as bad as losing all 7 of the RWC quarter-finals they have played since 1987 (Note: in 2007 they did not even get out of their pool).

Unfortunately the All Blacks did not buy all the talk about how great Irish rugby is. They saw it as nothing more a recently created myth, waiting to be smashed. Now it has been smashed.

The All Blacks will, however, face a real opponent next week in England – plainly the only team capable of stopping the Springboks and the All Blacks in this competition. That will be a contest to savour.

Munsterman, thanks for the context on that journalist/article. Here is one you might enjoy a little more – I certainly did!

Munsterman, I agree from what I have seen that the Irish press has been quite balanced. My own comment (like Corne’s original comment) was made about the supporters, not the press. In fact, some Irish journalists have even expressed dismay about the arrogance of the supporters: see, for example, this article:

I think you are being a bit kind to the Irish there Corne. Their current record is actually 6/6 losses in the QFs – because in 2007 they didn’t even get out of their pool. I certainly agree that their supporters have become too cocky!

Sir Clive’s comment is absolutely right an it shows exactly why Ireland is not a serious contender. In the period leading up to the 2003 RWC the English team went to South Africa and beat the Springboks. They went to Australia and beat the Wallabies. They even went to New Zealand and beat the All Blacks there – truly the holy grail. When did Ireland do any of those things? I acknowledge that Ireland won that one-off “friendly” against an understrength NZ team in Chicago (before getting their backsides kicked by the All Blacks the next time they played – in Dublin, mind you). That is not exactly regularly beating the SH teams both home and away.

Hi Shooter and Gavin. To clarify my post, I was referencing the 2003 England team and their famous win in Wellington on 14 June 2003. It was a one-off match billed as a heavyweight championship contest and England won 15-13. On the way home they beat the Wallabies in another one-off test. I remember it like yesterday. You guys may have forgotten it – don’t worry, there are very many test matches over the years I have tried hard to forget too!

The point I was making is that that particular English team in 2003 proved in every which way that it had the toughness and resilience and leadership and self-belief and coaching nous to make it all the way through the knockout stages of a World Cup. I think the current English team probably has it too. The All Blacks have it. The Springboks have it. No other team currently going around has it. All due respect to Wales and Ireland for their recent achievements but they will crack under the pressure in this tournament.

My prediction too Harry. I can’t wait to hear all the excuses and the whining from the Irish media and supporters while the real contenders go forward to contest the semi-finals. It will be one of the highlights of the tournament for me.

Spot on Rhyno. The England team you mention had earned the right to be in the RWC final and win it. For two years prior to the tournament they took on all comers and won, including the All Blacks, the Springboks and the (then mighty) Wallabies. They won at home but they also won away. They even beat the All Blacks in New Zealand during that time.

By contrast, we have an Irish team which has already been shown up by Japan and will undoubtedly fold under the unfamiliar pressure of the knockout stages of the tournament. But that’s OK because the Irish media and supporters are already hard at work on their long list of excuses and alleged injustices.

Atlas, thanks for setting out those rules because a lot of people have not bothered to read them. The first one means that what Scotland have suggested – playing on Monday – is impossible. It also means that their threatened legal challenge would just be a waste of time. And the story put about in the media about the All Blacks being (but not Italy) being given the option of playing on Monday but turning down the opportunity was just a malicious rumour and more “fake news”.

So let’s just hope the Scotland v Japan match can go ahead as scheduled. If not, it will be an embarrassment from which World Rugby will never recover. The Japanese coach has come out firing today – they want to play the match too! Make it happen!

I would say entirely consistent. It amazes me that so many Aussies are needlessly nasty towards their Kiwi neighbours. It looks to me like the result of a deep-seated inferiority complex. This kind of gratuitous nastiness, puerile name calling and general bile reflect poorly on Australia whose cricket team is already universally hated and whose rugby team is now in danger of going the same way. Take a leaf out of the English playbook and rise above this childish nonsense!

Seriously though, Sage, there is a point there. The Italian captain has understandably blown up about the cancellation of this match. It means, amongst other things, that some of the Italian players will now finish their careers on a training field instead of in a World Cup match against the All Blacks. And the Italian captain made an excellent point – you can bet this match would not have been cancelled if the All Blacks needed four or five points out of it! The lack of any contingency plan for these events is a major embarrassment and I suspect the embarrassment is going to get worse yet.

If the Scotland team is sent home because its last pool match is cancelled, and Japan sails into the quarter-finals without having to face Scotland, the scandal will be unprecedented. And let’s not forget that Scotland exited the last tournament prematurely as a result of incompetent refereeing which benefited Australia. Just imagine how much noise the whining, bleating Irish would make if this was done to their team!