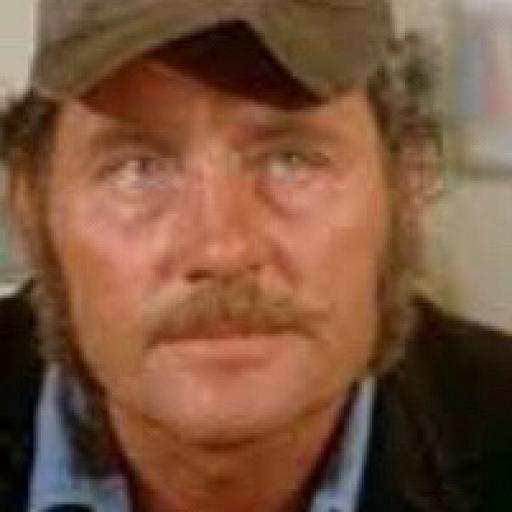 Reading between the lines in Dessie’s recent interviews where he calls Kieran ‘very versatile’, could suggest he’s thinking of starting with him at 14, sounds good to me.

Tuipulotu the other new recruit youngster looks a better acquisition than Saab. Far stronger, grittier and more willing to take the hard carries with the benefit of playing center when Suli goes down.
That said, Saab plays left and Tuipulotu plays right, Walker (time to punt him Des) and Suli to start, Schu and Cherry.
Paseka with a bit more aggression could be the best prop in the club by seasons end, great skills for such a big human.

What was the charge again, swearing at the police ?
Not great but nothing to go nuts over.
Seems more is being made of this than Tom Starling, 5 counts of assaulting a
police officer and resisting arrest.
Now there’s a mess.

If you’re talking to me jimmmy don’t take my word for it, google the wwos after game interview with Freddy..it’s verbatim.

True, we probably could have done without the ‘oh,no’s’ and ‘Panther fans hold your breath’ as we waited verdicts on the Olam and Smith tries..but personally find that tragically humorous, especially when it goes against him..as again later in ‘they (bunker) don’t know the rules’ and a Joey echo of same elsewhere in the game.
That was laugh out loud stuff.

Melbourne defended very well and were too good on the day.
In defence of Gus :
It was 2 tries to nil and a couple of penalty goals, a 12 point turnaround intercept and a penalty try, very gettable, until the 40th min.
At 1/2 time on the stat sheet the Panthers had spent 53% inside Storm territory and had attacked 50% more of the time inside their opponents red zone 20.
Post contacts were 20% greater and offloads nearly double…remove Suni’s intercept and run meters were identical. There was no significant difference in missed tackles.
Melbourne had 1 clean line break to 0..Olam’s ‘try’.

Process that, these aren’t the stats of a team getting dominated in battle.

Unfortunately the significance of the Panther errors far out weighed those of the Storm , which were numerically similar, and lead to defeat.

The Storm were deserved winners but as GOAT Smith said after the game ‘another 2 minutes and I don’t know .’

Ol ‘ Sauce finished top 5 on the NRL stats leader board in 4 key categories : line breaks, post contacts, all runs and run metres..works peerlessly harder carting it off his own line……then comes the 80% chance of him losing it getting up to play it.

Ivan is going for a new model Ferrari rather than the muscle car, tough choice but it’s time for Charlie.

I said it was ‘ a game of centimetres’ which you’ve twisted into ”should be premiers’.. guess they’re synonymous in some part of the universe.

Can you give me a reference for a direct quote from Annesley on that ‘acknowledgement’..

The callers making the most noise against that try are Joey and ……Gus.
Neither have more than a workingmans knowledge of the rules.

Any coach will tell you it’s about defence.
Penrith were best in league and that’s Cameron Ciraldo..but if you watch the series you’ll see it’s
the high performance team working off each other.. under Ivan.

A terrifically drilled side with the best captain and best coach in the league will never tolerate clocking off.
Cleary and Crichton both carried 3 Storm defenders over the line with them.. those 6 mustn’t have got the memo.

A few things went against the grain.. the 8 point try, the slap down of a Cam pass which ended in a try under the post, the 2 first half penalties for 4 points, the intercept, Mansour.. a ‘game of centimetres’ and it’s 22 points to nil in a GF.

Knights have ‘be the player’ but its not quite as insightful.

Preparing the Panthers is a really good set of short videos (on YouTube) for league fans documenting the off season work Ivan’s high performance team puts in on readying and optimizing his squad’s potential.

Ivan, Kevvie, Belly, probably Robbo minimum all in the same boat as the Knights in needing a new captain..who stands out there credentially ?

Good dialogue DP.
Look forward to watching the Dragons going around next season and hope you can get into the finals.

My title headline doesn’t say ‘Newcastle Knights ‘
It says ‘Who should succeed Mitchell Pearce as Knights captain ?’
Your answer first post line 1:
‘The lack of a clear alternative indicates a problem in the club.’(singular nouns)
What the ..?
This is the answer ?
‘There is no suggestion the club had any off field issues.’
What then is the ‘problem’ you refer to in the club that wasn’t addressed in your 2nd post call for dual captains ?
Clearly, from this ‘content and message’ you’ve done some singling out..and there’s absolutely nothing wrong with that…as long as your own house is in order.
Done, I’m all squabbled out.

Most if not all other posters thus far have kept politely ‘topic focussed’ and opinionated on a potential captain, you diverted it to off field and inflammatorialy singled out Newcastle as having ‘problems.’
Fine to preach if your club is setting incredible standards of benevolent behavior or at a bare minimum crime free.
Right there is the unnecessary antagonizing .

You want to do something about off field standards start your vigil at the Dragons where you have 2 players who would’ve been Top 30, on compulsory stand down and facing imprisonment for criminal sexual offences.

Barnett stands out. He’s originally from the environs entering his 6th year here with a coal miner disposition.
Best player awards at the club 2 out of the last 3 years and is on field for 80.
Club documentary channel shows his involvement with the area and his comfort in public speaking.

True.
In the 2020 players poll he was voted number 1 halfback in the NRL by his peers..they know.

You ought to have a look at the predicted Bronco backline for round 1..it’s Burleigh level.
Sharks were awful last year and STILL made the 8..same team except it will be Moylan throwing the rainbow balls out to the wingers for the first 6 weeks instead of SJ.
Knights will welcome back a hooker, a 5/8 , a gun center and an Aust. rep backrower..they were top 8 all year last season without them and despite Pearcie.