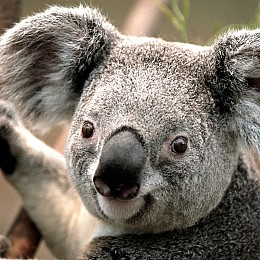 Could the tigers have claimed a ‘psychological and emotional ‘ concussion on Bj..cause his eyes were Jack Nicholson ‘Johnny’s here,’.

Well, a ‘couple of incorrect calls’ on the back of the howls from the Storms exit from the finals last year on an incorrect call, Canberra’s loss in the GF from a botched call and the admin. needing to turn the entire refereeing system on its head to get the TV contracts to fund the game..and here we still are, inconsistent season damaging calls costing teams wins and rightly or wrongly ropable fans thinking darkly of game ‘set ups’.

Now THIS is a candidate for the worst signing ever..a fullback who can’t catch, can’t pass and can’t tackle, and the few on field admin responsibilities he has..he bungles.

It’s weirdly inconsistent for the bunker to allow Wade Graham to ‘slip’ and bring down a defender in the line one week and disallow a NZ try for a far more credible
slip the next..DCE gets 10, Best wins the match, this is more damaging to the game than anything BJ or AFB did.

As good as Penrith were, the Tigers were right in that game till the Luciano incident..it was a good old fashioned street donnybrook from start till after finish, really brutal, terrific viewing.
Have to blame Madge for leaving BJ out there after his eyes starting rolling around in his head with non compesmentus. Needlessly cost them the game and a heavy suspension once the coach didn’t react when he should have.

Possibly, but who wouldn’t jump at the opportunity of playing under Robbo with the world champions.

Gutherson deserves the 14..would kill it.

His tackling efficiency is 10% better than both ‘19 Blues half backs Pearce and Cleary and just 1% behind Cherry..and he’s just 8 games into his life as a full time starting member in the NRL..Sharkies are nuts.

Last weeks Raiders Eels played out almost identically in regulation time and didn’t have the monumental error rate under pressure of the vanquished.

Full credit to the Storm they weren’t expected to win that game by many last night and it was a proud in the trenches victory.
But 5 momentous error moments that the Roosters didn’t recover from closed out with a penalty in front of the posts..this is how present day Cronulla lose not the World Champions !
Belly just kept going at Tupou, relentlessly, and the rest is history.

I’m interested in the Darius Boyd – Ken Maumalo match up in the fight to see who does the least.
Nikorima might be raring at the bit in his tussle to prove a few people wrong as well too.

Don’t know who the halfs coach is there but Joey is doing a pretty good job with Dylan Brown over the road at Parra..Wakeham and Lewis need him to save their careers.

At the moment contracts look like they’re there to be broken and in the age of dirty business and pilfering Dogs need to get in there and pilfer.

Tuivasa-Sheck ..been off the boil for 2 years, couldn’t be happy wasting his time at a loser club with half hearted efforts around him..get him and they will come.

Cotter from the Cows, Sailor from the Dragons, Moe from the Titans, Herbie from the Broncos,Elise from NZ those dripping with potential that could be feeling restless.

Cohen Hess..sheesh, you’d have to be thick to think he’d get anywhere near that Parramatta side.

Even Robbo..prior to GF repeating he’d been flogged three times in finals and sandwiched between that was a 15th..brings in Teddy and Cronk and voila..
That said hes the sharpest tool in the coaching shed by a distance.

so, as I asked, how many of them would make parra or the panthers run on team this week ?
Norman wouldnt.
Hunt wouldnt
Sims wouldnt
Hess wouldnt
Maguire wouldnt

How many run on Dragon or Cow(other than Holmes and JT13) players would make the Parra or Penrith run on side for example ?

Brad Arthur was interviewed last night. 2018 wooden spoon Brad Arthur now 2020 with team most likely..told us better cattle turned it all around.

Ricky Stuart, ask him he’ll tell you ‘good players make the the coach ‘..the Poms saved him.

Ivan Cleary, punted from Penrith, going sideways at the Tigers..in comes Apisai and he’s wearing the scalps of Belly, Benny and Robbo and we’re only 7 games in.

Benny at the Rabbits, some would argue the greatest coach the game has ever seen, average roster and average position on the ladder.

‘There are two types of mange that affect dogs — demodectic mange, which is not contagious, and sarcoptic mange….‘ hopefully you get the second one..

Pay sees light at the end of Dogs tunnel

Sharks were flogged by the Dragons and Tigers and fell in against the Dogs, yet self beaten on bell by Storm and Rabbits..this side is far more prone to losing when sent out favorite.

How hilarious was Wade Graham’s milk of the year yesterday by the way..

When you lose your best player in the opening minutes, in a side where quality is scarce, and shift your hooker out there to replace him, against an opponent that’s baying for blood..you’re headed for a frustrating afternoon.

That said, there were a couple of really unsatisfactory performances out there, but the forwards bye and large played hard and up to their abilities..blame whoever but they just don’t have the cattle for anything more than the odd win..
If you’re going to pay overs for anyone pay it for Bateman..or sniff around Ryan Sutton..not Cotric..

Pay sees light at the end of Dogs tunnel

It’s interesting that you attribute the Knights’ slow start to the Townsville trip because Coach O’Brien went out of his way in interviews to dispel that. He said the bus trip from Newcastle to Campbelltown takes longer and speculated about other things causing it.
Watching Leiluma put on a show this afternoon must be irking Ricky somewhat because that right side which was so powerful last year with Leipana and Bateman is now a liability and an opposition target.
How good is Tiger Harry ? On form second only to the GOAT and thinking Maroon.