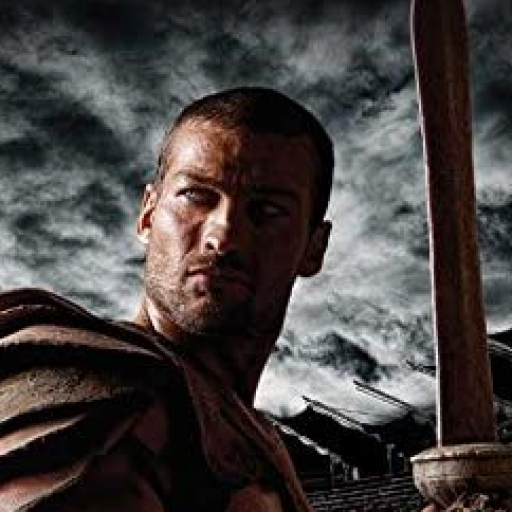 Spartacus hasn't published any posts yet

Tim is right. Well written Kman. Sometimes more can be expressed through humour and irony than with a kick down the door approach. Three thumbs up from me and keep the stories coming. 👍 👍 👍

Both Munster and DCE are the best actors in the game and should be rewarded with a week or two on the sidleines for bringing the game into disrepute as Paul has suggested.

That’s what I’m hoping Tony. That Souths will have limited loss of players due to Origin and have an advantage of having their spine intact, except for Cook, with Benji perhaps filling in at dummy half when Souths have the ball.

So why not write a story about long-term serial grubs JWH, Nelson Asofa-Solomona and Josh McGuire?

Ill-discipline loses Origin games Mary. It’s as simple as that.

Anyway, I hear that there are moves underway to have Sam Walker recognised as eligible to play for NSW based on his period of time at the Roosters. Given that players who have resided in NZ for long enough can represent the Kiwis I say; Why not! Nervous Nat? 😂

Exactly mate! Latrell had the same bad habits at the chooks but got a free pass along with JWH.

Btw, I did get the irony of your comment but I chose to use it as a supporting statement instead. Cheers Emcie! 😁 👍

Mary, it’s just that we aren’t seeing you writing hatchet pieces on Felise Kaufusi or Nelson Asofa-Solomona for the Storm or JWH for the Roosters, Hetherington for the Dogs or Josh McGuire for the Dragons (formerly the Cowboys) for example.

No argument from me with your premise Mary but the NRL has to also clamp down on the instigators of these ill-disciplined actions from Cody and Latrell.

Flanagan first elbowed Walker in the back of the head and then fell on top of him forcing his face into the turf in a feigned attempt to regain his feet after the tackle when a hand wasn’t laid on him. It seems that players in possession are allowed liberties that players not in possession are not. To that end why are offensive penalties not awarded when the referee calls “Milking” every time a player in possession is clearly holding on to a defender or locking them in with their legs?

Walker’s dog shot on Meaney was inexcusable but, from memory, it was a result of provocation by Meaney with stray elbows in the tackle. Make no mistake, teams target and exploit loose canons like Walker and Latrell for a tactical advantage and it is against the spirit of the game and flirts with the rules in doing so.

Take for example the nonsense bit of play a few weeks ago when Souths played the Dogs and Latrell and Hopoate got into a scuffle. Latrell was a bit heavy within the tackle but did nothing illegal. Hopoate resented the rough treatment and… pulled Latrell’s boot off and threw it away? Laughably Hopoate pretended the action was some natural consequence of the tackle. Why wasn’t a penalty given to Souths for that Mary?

In the case of Latrell recently lashing out against Luke Garner, why Garner not sin-binned for holding on to a player not in possession who was attempting to support a Rabbitohs break? Why did the bunker not go back to the first offence?

Watch closely the preceding actions before Latrell or Cody do something foolish. Usually it is in retaliation to a sleight of hand attack on them which the referee and touchies have chosen to ignore. But yes, they both need to clean up their act before it costs Souths a premiership title.

Well Latrell just copped 4 weeks for something only a third as bad. Look at my original argument Joe. There was malicious and clear intent by Kaufusi to cause a concussion (TWO attempts in the same tackle). If that isn’t worth 6 weeks what is?

Townsend is close to signing with the Cowboys to partner Tom Dearden in the halves. That is the latest “talk”. That could give Reynolds the opportunity literally to end his career at the Sharks! Just like Chris Sandow ended his career at the Eels. 😂

You can replace Nathan Cleary with Kotoni Staggs IF Souths keep Reynolds. If not that is the Bunnies first priority.

Oh, I almost included him Big Mig but Souths need backrowers more and Fisher-Harris is all over Haas in stats and consistency. Besides, after adding David Fafita (a former Bronco) I just couldn’t give Nat any further ammunition to label the Bunnies the Southern Broncos.

You do realise though that Haas was just about to sign with the Rabbitohs before Bennett talked him into signing with the Broncos.

The five signings the Bunnies must make:

Breaking News: Attention all Sharks fans, the Sharks have signed Will Chambers effective immediately for the rest of the 2021 season.

Cronulla Sharks confirm Will Chambers signing for remainder of 2021 season

Had it been a legal shot below the shoulders and not two intentional shots to the head we could have that conversation Joe.

Cody Walker’s shot was also not acceptable although much less severe. JWH does this as often as he brushes his teeth but he rarely gets suspended for it.

We don’t need players making contact high. Players slipping or ball runners ducking or falling at the last second is a different category.

Looking at Latrell Mitchell’s charge it was reckless and stupid but on the lower end of the dangerous category because it was a glancing blow and incidental contact. It deserves 1-2 weeks for the offence IMO while Kaufusi deserved 3-4 weeks like Latrell. NOT the other way around!

What upsets NRL fans is the fair perception that the Storm and the Roosters are favoured both by on-field calls (especially in regard to send offs and sin-bins) and also at the judiciary.

Latrell is making a dangerous and foolish gamble trying to downgrade the severity of his charge. In light of the contrary contact “striking” charge fans and the media are demanding their pound of flesh so in all likelihood it will blow out to a 4 week suspension which will hurt the Rabbitohs.

On that note, 1. It was foolish, self-indulgent and looked far worse than it was. 2. We only got to see the reverse angle repeatedly. The one side angle showed that Latrell’s boot was nowhere near Garner and his knee brushed Garner but did not make direct contact. 3. Garner should have been sin-binned for professional foul (holding on to Latrell’s leg LONG after the ball was gone to prevent him from backing up a break by the Bunnies.

As to whether it was unnecessary is a conversation for another day. I am sick to death with the cheating (euphemistically called “gamesmanship”) where players out right cheat to gain an advantage. Garner had NO RIGHT to continue to hold Latrell’s leg and deny him the chance to backup and support the break by the Bunnies. It was a professional foul and a sin-bin offence. Yet this was ignored because it was overshadowed by Latrell’s foolish reaction. Professional fouls like that can prevent teams scoring and could easily cost a side the premiership. It must stop!

Also Joe explain to me why Kaufusi only got suspended for a double blow to Matterson’s head that left him unable to play for weeks yet Latrell gets a 3-4 week suspension for a glancing blow with his back turned?

Would Matterson have been out for weeks if Kafusi had just wrapped him up in a regulation tackle Joe? There was malice intent and forethought in that action. First to slam Matterson’s head into the ground and then to follow through with his elbow and forearm.

100%. 👍
If you are only going to lose one game in the season you don’t want it to be in the GF or Preliminary Final.

Fingers crossed. Stop Sam Walker and James Tedesco and the Dragons can win. Otherwise it will get ugly for the Dragons.

And the Rabbitohs were embarrassed by the Tigers but stole the 2 points anyway. Like an “Ocean’s Eleven” movie you didn’t know how they could get the job done until the end when it looked like there was going to be an alternate ending until watching a replay of what actually happened explained the sleight of hand. Just like a “Now You See Me” movie too in that respect.

I’m just happy the Bunnies are sitting in 2nd position on the NRL ladder. I will be referring to this game as “The Great Escape”. Just like the movie half of them should have been shot after that performance.

So you’re saying Matty Johns and the unnamed NRL salary cap official who broke this story back in 2013/2014 need psychiatric care? Because they caught the Roosters out Dutski?

What about a team already filled with rep talent before those 2013 signings? What about 3 “Million dollar men” and about 8 guys on half that or more in 2018/2019?

So to summarise you statement old mate; “nothing to see here. Lift mat and sweep”. 😂

Too late Nat. I’ve already addressed that in the last paragraph in the above comment. I knew you would be keen to jump on that potential inconsistency. Blame it on parallax error. The difference between your perspective and mine. 😛