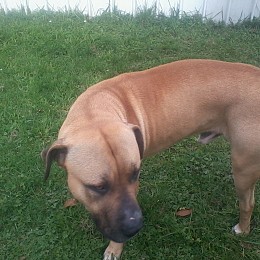 Support Auckland and the Blues. live in Wellington

Fixtures for the 12th British and Irish Lions tour in 2017 are now out, and what a feast of rugby it will be. They play the All Blacks across three Tests, and all five Super Rugby franchises. 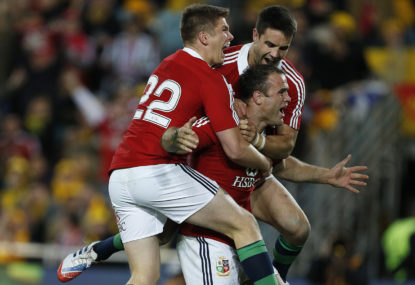 So many kiwis jumped on an article? How many before your comment? 4? 5?

You too rugby, looking forward to a Bbbbbblues 2020? 😂

She’s also ended the Folau thing with what sounds like minimal fuss and $$ and more importantly certainty going forward. It’s done. No more Folau mucking up the boardroom talk. They can get on with the rugby.

Sure she might have let things drag on …Folau, Cheika etc but in the end, she dealt with both, with very likely good long term results.

Cut her some slack I say…at least in Oz rugby…she HAS learned something in the last few years. Can’t say many others have.

Time to move forward, and upward. 👍

I knew that radar Cheika was flying under was faulty…! 😂

Yes we’ve certainly reason to be concerned. Henry, Smith, Hansen and co were borne from teams winning in the 80s, 90s and start of the millennium.

Rennie represents NZ rugby at the critical comp level from a decade later, Razor even later, and despite Foster having been with the ABs through that period he didn’t have to work out how to win at this level as top dog. The Rennies and co, along with Henry and Smith, all laid it on for him. And Hansen and Henry were head coaches internationally as well beforehand.

It’s certainly the end of an era and going up against Rennie, Eddie Jones, who amazingly keeps re-inventing himself at this level across multiple countries, Rassie replacement is going to be tough.

It’s possible for that reason they keep Razor on at the Saders to be sure they have certainty in at least one side producing the talent, and that may be Razors downfall…Saders remain the rock of NZ rugby through this transition. The hint of two years only might be the flag for Fozzie to perform or there’s Razor waiting to move in.

Keeps the pressure on, and maintains the stability of the resources below as much as possible.

Still, a lot of work ahead.

Why? Because he put our sport, it’s supporters, it’s organisers, not to mention various parts of the community all through hell just to point out some ancient old overated boring values under the auspices of his position as a rugby player.

Now the doors should rightfully close on him.

He preached nothing but what amounts to exclusion, division, and most of all pure bad taste.

Now he gets a piece of what he’s been dealing out to others…exclusion. He’s off the field, red carded, outta here.

Oh well he made his choice. Bulls have turned him down because he’s too much of a risk, both from the fallout they’ll get from the media for picking him up, and the potential for repeat business from the Folau Ministry…their way.
Point is, he made his choice, Rugby, or his list. He made his bed, even got someone to buy it for him.
So now…time for a nap. 😂

Yes that’s a good point. What you see and hear is different from what you get. Watching mostly middle white america Struggle with that on Fox News SM is just hilarious.

So much for this only being a ‘transient’ life. Wonder what he’ll be after when the real gig hits town for him? 😂

Yeah we’ve a real chance of being left behind for a while. When the heart of our successful coaching is leading others against us…Rennie and Joseph have both had very good recent NZ S rugby success, where Gats and Schmidt never actually head coached a Super rugby title…they added strings to their bow overseas, we are going to get more and more exposed at the top.
Especially now it’s not only deemed acceptable to get overseas coaching experience, it’s preferred.
On Gats, I wonder how he’ll feel about the skill levels comparison after a few matches with the Chiefs. His take at that stage might be as good as it gets in terms of comparing the ‘hemispheres’, OGara probably by now already in that position, though not from a head coach perspective.

Really? I agree Laumape should have gone, said so all along, but ALB…limp biscuit? Least look at the three critical matches:

against SA, the eventual winners:

“Anton Lienert-Brown: He doesn’t get the credit he deserves for his attacking creativity. It was almost impossible for the Springboks defenders to get a hand on him when he went on a run. But while making runs he still had the awareness to look for team-mates in space.
8.”

Vs Ireland
“Anton Lienert-Brown: The All Blacks were all over Ireland’s attacking patterns – well done Scott McLeod – and the in-form Chiefs man was as elusive as ever with ball in hand. Was this the birth of a great All Blacks’ 12-13 combination?.
8.5 “

Vs England, where he was one of few that didn’t fail…

Grew into the game as it went on and tried his guts out, but wasn’t able to continue his stellar form from the start of the tournament.

Sixteen runs and 15 tackles with just one miss.”

It’s conjecture that Laumape would have had a better tournament than that.

Izzy’s not in the business of learning Nic, hes into ‘teaching’ and ‘saving’, so never mind the fire engines and soiled tired faces driving them, change the marital laws and it’ll all go away…easy as…

Yeah starting to get a bit concerned that we’ve probably seen the worst of Oz for a while. Its ok for our coaches to bring sides like Ireland and Wales up to scratch where they still struggle for lack of genuine player quality and depth to make them genuine World best contenders, both sniping at the no. 1 ranking like someone trying to sneak a breath of air near the waters surface, then being held down again.

Oz are different, theyve proved they can produce world class players by the bucketload and its clear lack of structure, poor selection and development, and most of all, learning from mistakes has stunted Oz rugby since 2015, as has the ability to bring classy players through. I think under a more structured environment both the current and developing players will start going up the gears, then when the public and fan trust slowly comes back, the side will get the momentum it needs.

That’s why I think Razor, and not Fozzie needs to be coach, simply for new ideas, and particularly energy, where the AB’s are banking on ‘continuity’ which can also be interpreted as ‘same old’…just as employing Razor can be interpreted as high risk, impulsive.

Thing is, I thing its time for that now. Half the sides are getting makeovers- Oz, Wales, SA. Ireland get Farrell where I think there’s a reason he isn’t a top head coach by now.

Waiting for France to pick up a NZ coach now, then we’ll really be in trouble. One thing about Rennie is he’s shrewd, something you can’t accuse Cheika of. 😂

I wonder how many involved in the fires ‘gave a little’? And would do again? Not nice but it illustrates the hypocrisy of his comments.

Well thats true. ABs have lost 20 tests to Oz in Sydney, more than twice I believe than to any other side in the same city (Ellis park?) – or something like that. On its own sounds an awful stat…

’An Australian commenting on an Australian addressed website ….about, and only about, Kiwis…’ there, fixed that for you… 👍

True, you might have a point there- not playing NZ in that sport has done them wonders. 😂

Except it ain’t right now.

No she just has a slightly bigger chip than you…currently. For someone who doesn’t care about kiwi sides in Ozzie sport you sure have a lot to say. It’s…endearing. 😂

Genuinely curious?
Really? Is it that hard to comprehend?
Let’s say a Queensland funded side enters the NBA with considerable or medium success.
You can’t comprehend why Sydneysiders or Perth B-ball fans might support Such a venture. You can’t fathom why there might be considerable ‘national ‘ support for one Oz franchise going up against the might of 40 or 50 or whatever there are of USA sides.
If you can’t comprehend that then …I really don’t have an answer for you.
While we are out there busting to get to get one team…the Breakers, the Phoenix, the Warriors etc to make some sort of effort with the bigger fish here you have an article saying…agh, let’s not bother trying to beat these guys, let’s not even play them.
Gotta wonder what the make up of certain spines are.

Well I’ve read and seen quite a bit on the Rennie equation and as a summary…I think we are in big trouble next year. I think a Rennies a genuine coaching talent and will fill some of the gaps in Oz rugby at test level in a way that will push the Bled towards Oz next year or two. I think he will make good players ‘better’ simply through a clearer vision, and consistent expectations, clarity and simplicity, something that’s been missing under Cheika.

A lots gonna happen over the next 12 months and Geez this panel had better pick the best next available coaches, because they’re going to have a big job ahead of them.

Maybe they just need to be more creative? I mean Warner and co found a way to be competitive didn’t they?
Well the solution wasn’t the best but the Will was there 😊

I was thinking ‘winner’. You?