Martin Guptill dives, Jos Buttler stays clutch and I drop back to my seat. Head in hands, I listen to the monkey-freeing roar that rings around Lord’s. 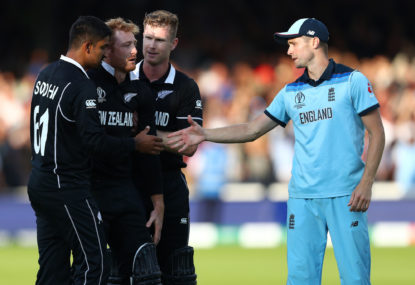 Balmy, still and expectant. This ain’t Ireland in November, is it? 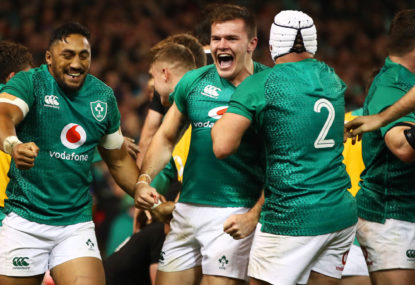 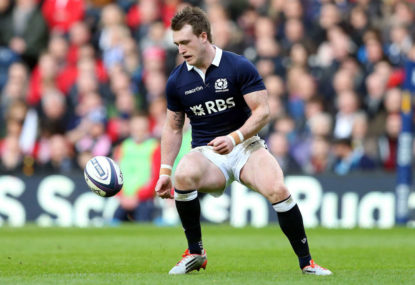 My (very subjective) team of the FIFA World Cup

Apologies in advance if you clicked on this expecting to read an article on the best of the best from Brazil 2014. 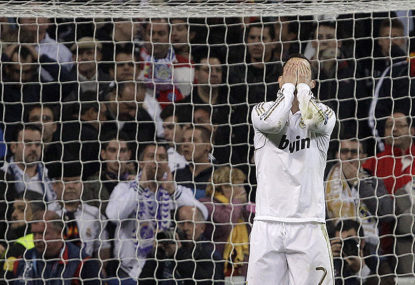 My (very subjective) team of the FIFA World Cup

When I packed my bags last December for a year-long backpacking trip around the world, the World Cup in Brazil was the first thing on my list of must dos. 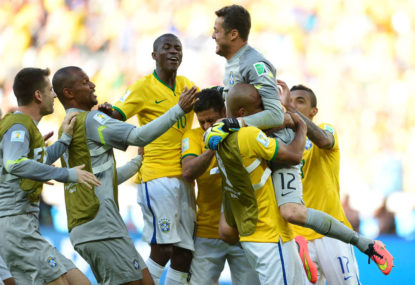 Cheers mate. Congrats on the win!

Thanks Kia…glad to hear it!

I’m with you there crash ball, love me a bit of flower of Scotland.

Yeah Stade France was a big let down. Another reason to be disappointed about Ireland missing out on 2023

Topical and accurate comment there in brief. Can’t believe they’re knocking down the perfectly good SFS, especially given that it’s hardly ever at capacity.

Reading that I know why people reminisce about the good old days. After spending a lot of time in Australia, I’m just happy to enjoy a full strength beer at a sporting ground. Shows how much has changed.

Haha…the old man is now of the same matured disposition. He definitely wasn’t sipping on a hip flask this time round.

Glad you enjoyed it Harry and thanks for your kind words. Especially giving the consistent quality you’ve been producing on here over the years! 🙂

Would have to agree, although newlands is still on the bucket list unfortunately. Stade France the week before was so sterile in comparison.

Thanks for the share Robbo…wish more grounds still had stands that opened straight on the pitch. Looked like a helluva a game and day out from the sounds of it. Can’t beat test rugby!

It doesn’t! The scots and all the home nations to be fair, definitely know how to host a test

Thanks Geoff…getting ready to do it all again in Cardiff. Seems like the locals are smelling blood in the water, bodes for a good atmosphere

thanks digger…love your work mate!

cheers sam…completely misinterpreted that one 😉

yup right you are. that should be leith, thanks for the pick up.

For me the focus should be more on the intent of Welsh the scottish prop – as in did he intentionally play the ball knowing he was offside. The ball pings back to him after a contest between a wallaby and scot and as it’s straight to him, he makes an instinctive grab at the ball. Given the circumstance it’s extremely hard to say he played the ball knowing that he was definitely offside. If we’re still debating it 2 days and thousands of slo-mo replays later, how can it be assumed that a player is able to make the decision to be intentionally offside in a fraction of second.

I feel sorry for Jourbert as I think it’s the rule that’s problematic, rather than his decision. I’d like see a directive that gives the benefit of the doubt to a player who plays the ball in instances where it’s really an instinctive reaction or there’s confusion over which team played the ball last. No matter the stage of the game 3 points seems like an incredibly harsh penalty for something that sometimes just can’t be helped.

The Scots were right! World Rugby confirm Joubert got it wrong

As a historian Spiro I do appreciate your commitment to the old adage that history is written by the victors, but surely even you’d be embarrassed by such a revisionist assessment of the RWC so far.

Highlighting that the successful teams at this World Cup have been those who have embraced the Australian and New Zealand concept that rugby is a running, passing, tackling, set piece, kicking (in that order), is bordering on the ridiculous when considering the strength’s of the current Wallabies. For me the 2 greatest things Cheika has brought to this Wallabies team is the pragmatism to understand that the traditional Australian running game is not the only way to play winning (and exciting) Test rugby and a scrum that can not only provide a solid platform, but actually be used to dominate and control a game. Faced with a very limited but well executed Welsh game plan of well contested high balls, rush defence and combative work at breakdown, the Wallabies shelved any ideas of ‘ensemble’ rugby and instead used their scrum to control the game, kicked intelligently and defended like animals. Tackling, set piece and Kicking were actually the most important aspects of apparently one of the best wins in their history. As PeterK mentioned earlier, Australia actually have a team and game plan that would make the traditional Northern Hemisphere rugby fan very envious – even with a slightly shonky lineout.

I agree with you that the teams that have performed at this world cup, are the ones who have been well coached. But it has nothing to do with the victory of running Southern Hemisphere rugby v boring Northern Hemisphere rugby. Rather it seems coaches that can take the best of both to create a clear game plan that the entire team buys into, are the ones who are performing. England’s problem is that they seemed to be trying to do a bit of both, without the clarity or structures in place to succeed at either.

Spiro I wonder if you’d be calling the recent Wales v Australia Test one of the greatest tryless games ever played, if it was England who had defeated Wales 2 weeks earlier in the exactly the same manner as the Wallabies did on the weekend?

Haha….glad I could be of assistance! Good luck mate. 🙂

Thanks for the kind words Cpaaa, it’s been an experience and half so far. Love the Lord of the Rings reference, will definitely remember that when I make it back home!!

The atmosphere in Brazil was amazing! Football is so ingrained in their social fabric that the world cup seems to just fit in as if it is part of everyday life rather than a once in a lifetime event. The sight of Brazilians casually ditching work to head to the nearest TV screen when Brazil is playing is something else!! I’d imagine as an event Brazil 2014 will be hard to top!!