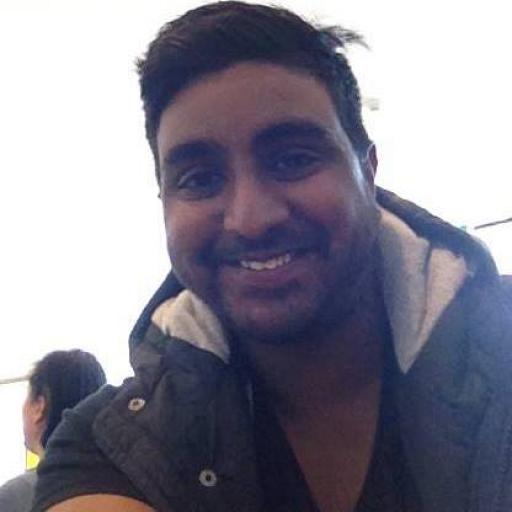 Self confessed sporting fanatic and long suffering Liverpool and St Kilda fan Dream job is to be the ball-by-ball bloke on Cricinfo: 1.1 - Cummins to Burns. Dot Ball Cummins bowls a length ball outside off stump and Burns leaves.

Having picked my all-time England XI, I need a side to play against them.

The English famously invented the game of cricket and played in the first ever Test match in 1877 against Australia.

The all-time Rest of the World XI to play Australia

Who shall our All-time Australian XI play against? How about a Rest of the World XI comprising overseas players from the other cricketing nations? 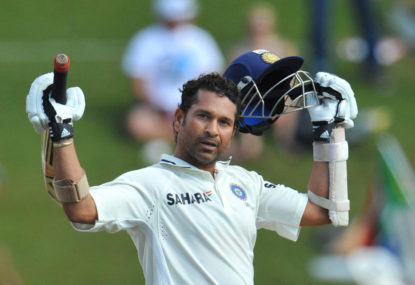 The all-time Rest of the World XI to play Australia

On Pollock and Sobers, slightly off topic but what would your all time left handers / left armers X1 be?

Thanks for the kind words mate (what is your name btw so I can call you that) haha.

I’m planning to do India next so keen to hear your opinion on that!

Wouldn’t make your best Aussie X1 of cricketers without qualification?

Or do you mean your best Aussie X1 discounting all people called Don?

My god leaving Marshall out was tough! Maybe I should’ve just gone for the copout and put a touring squad of 15.

I think Steve Smith is one more great Ashes tour away from cementing the #5 spot too.

No arguments that he’s the best player but I haven’t read too much about his captaincy in positive light. Far more stuff about him having friction with people like Bill O’Reilly, Jack Fingleton, Keith Miller etc.

The problem with judging cricketers of yesteryear is that the game has changed so much that it’s incredibly hard to equate levels of success between eras.

Having said that, nobody would question Dennis Lillee’s effectiveness today so we’re obviously looking for a cutoff point. For me that cutoff point was Bradman, who made his debut just after WW1 (hence why I picked this date). I think most if not all of us would say that Bradman would have been a star in any era.

Not sure where you’ve gotten your bowling average of 17 equating to 25 and corresponding batting average comment from. The problem I have with someone like Fred Spofforth is that he was noted as a demon in his day but how quick did he really bowl? If he’s around the 120kph mark then he’s just a trundler by today’s standards. We know that Larwood was around the 140-150kph mark and this was in the 1930s.

Almost all the players you’ve picked were considered by me with the most unlucky being Steve Waugh, Smith and Malcolm Marshall. Your comment though was ‘one could select quite a few teams equally as strong, drawn from 143 years and 10 countries.’

Would you really hand over heart look me in the eye and tell me that Dravid, Smith and Chanderpaul is ‘equally as strong’ as Bradman, Richards, Border…..

Also Amla only opened the innings twice in 215 innings.

I’m big wraps on Graeme Smith as a skipper. He’s my skipper in any side he plays in unless Mark Taylor is in the team too.

Sobers would be the all-rounder in any side I pick without conditions (I don’t think it’s even close between him and Kallis), but the point of what I’m saying is that the Windies have class in pretty much every area whereas the other teams don’t.

The gap between Shakib Al Hasan and the best fast bowler Bangladesh has ever produced is as wide as the grand canyon.

Get where I’m coming from?

Hi JGK, you didn’t have Alderman in your side? Interesting!

Agree with Graeme Smith as skipper?

I personally would’ve gone for Shakib from Bangladesh and played another West Indian other than Sobers.

One of the rugby guys who’s Youtube channels I follow did this exercise and he picked the best player from each of the weaker teams first, then filled the team out that way. The premise of this is that the stronger teams are going to have world class players in all positions.

Using this premise I would’ve gone with:

Love your side too though!

Select an equally as strong X1 and let’s compare!

Hi Patrick,
Alderman is probably my first pick in either this or the Australian ROW side that I wouldn’t consider an All Time Great.
His record in England though justified selection. Lillee’s selection was close with Marshall, Ambrose, Garner, Alan Davidson and Michael Holding chasing at his tail.
I agonised over Smith vs Waugh vs Border. I went with Border for two reasons.
1) His consistency series after series in England – he never had a bad or subpar tour of England
2) He often played a lone hand in England in a poor Australian side and faced much better bowling than Waugh. This argument is also valid for Steve Smith though!

Hi mate,
I see your point. I should have called it the Greatest Post WW1 Rest of the World X1 to play England in England (the heading just seems a bit clunky).
As for the period from WWI to 1970, I don’t think anyone’s performances were good enough to unseat anyone in this team. Everyone from that period was considered. This wasn’t just a team done off the top of my head I genuinely looked at batting and bowling records in England for this.

Great to see you play both Flintoff and Stokes. Both of them would just about merit a place in the side as a bowler / batsman on their own.

Did you consider Michael Vaughan for a batting spot? Would have been great to have him in the side and captain it but I guess there’s no room.

JGK is right, the bowling numbers specifically from the pacemen in England are insane!

Hadlee’s numbers are excellent but I had him behind a few others.

I’ve just submitted the article through for editing. Should be up by tomorrow.

I know who your number 5 is. I chose another number 5 who was your number 5’s captain on his first tour to England. Yes you’ll probably rip me for this one. Look forward to it!

My keeper was the obvious even though his 2nd tour to England was disastrous!

Robelinda has been a tremendously positive force in the world of cricket for all of us that love the game.

Sad to see this being undermined, legalities or not.

In a world where the game, particularly in it’s longest format is being challenged constantly by other sporting codes around, it could do with more promotion and not less.

Hi Sheek,
I never saw either play but I was sort of under the impression that Trueman was akin to a Larwood in terms of bowling style (although obviously never having utilised Bodyline to the extent that the latter did). I wonder if I’ve misjudged them.
You also seem extremely bothered by the shortness of this tail! Where’s the faith in the English middle order?? This isn’t exactly a middle order of Hick, Butcher, Hussain, Thorpe and Ramprakash 😂 😂

Thanks for the kind words Ace. I’m just about to submit my ROW X1 to play England in England. Look forward to your opinion on that lineup!!

The toughest two positions for me to pick were the #5 bat and the 3rd seamer.

I’ve got a South African and a West Indian opening the batting. That’s all I’ll say for now. Stay tuned!

On the basis of that statement I’d say we’d have the same opening pair mate, unless your South African is different to my South African.

Also potential controversy over my captaincy selection but I don’t care what anyone says I’m going with him as skipper.

Once again I’ve made performance in England the key criteria.

7 Aussies in the side picked.

That’s all I’m going to say for now!

Settle down tiger. Good things come to those who wait.