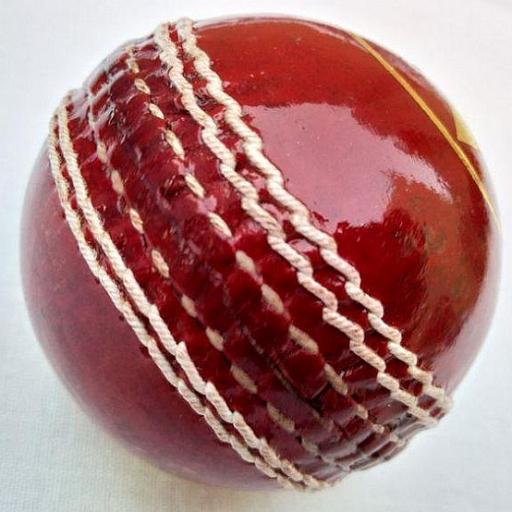 Love cricket. Been watching and following this sport for over two decades :)

WillowWiz hasn't published any posts yet

And here’s another one from Greg, on the 40th anniversary of the despicable underarm incident that first established the ‘Ugly Australian’ caricature that conttinues to persist to this day:

Greg Chappel’s SMH article, for those that are interested:

Yeah, but Pakistan have never beaten Aus in Aus in a Test match – as I was reminded by one of the posters on here the other day.
EDIT: Just did a bit of fact-checking here and, no, Pakistan have in fact won a total of four Tests down under – although, never a Test series.
Overall, Pakistan have won four of their 35 Tests in Australia ’77, ’79, ’79, ’96.
To be honest, given the quality of their pace attack in the ’90s, I’m surprised they haven’t won a Test series down under yet.

“No Australian calls our team “the Baggy Greens””

Well, there’s more than just Aussies on this planet though – especially with globalisation becoming more of a thing. I don’t pretend to be able to “save” Australian culture – most of which I have no issues with. What I do have an issue with – is the problem of toxic masculinity in ‘Strayan sport. I reckon that stems from cultural factors that are deep-seated.

There have even been research studies conducted on the culture of confrontation, and intimidation in Australian cricket – such as this one in the Journal of Sociology (2019):

One-eyed supporters are probably always going to reckon that you’re biased. Can’t be helped though 🙁

Correct on all counts. The law concerning Unfair Play explicitly disallow using diversionary tactics such as the ones deployed by Paine against Ashwin.

The umpires didn’t do their job on that occasion!

Brilliant article, Graeme. The best one I’ve read on here since I’ve joined Roa. It’s not really that hard to tell that you’re a true fan of Test cricket – as well as being a balanced and neutral supporter of the Baggy Greens. I commend you on your writing skills and your attitude which seems so fair and positive. A number of one-eyed and arrogant fans might do well to read this article and learn what it takes to be a balanced and neutral fan – even while supporting your home team! Well done, Sir 🙂

I’d like to point out that Ajinkya Rahane’s innings was arguably one of the best ever witnessed on Aussie shores – or anywhere in recent times for that matter. His patience and discipline in letting balls outside off-stump go through to the ‘keeper was exceptional. It was, in many ways, the turning point of the series – and the Baggy Greens were never quite the same thereafter. Wow.

Sachin Tendulkar refers to Pujara as “world class”, while also taking a jibe at Mark Waugh suggesting that he’s “not at the same level as you are”.

I think his teammates, in addition to Test-match commentators, now refer to him as the Rock. As in the Rock of Gibraltar. I think it suits him. What a valiant heroic knock he played on that incredible final day. He also was chiefly responsible for the drawn 4th Test (along with Pant, Vihari, and Ashwin).

I consider Pujara to be a truly world-class competitor – and I reckon Mark Waugh’s nowhere in Pujara’s league as a Test player. It was, therefore, quite amusing to hear Junior repeatedly assert that Pujara’s defensive game was costing India big time. Well, Pujara had the last laugh, didn’t he? Junior meanwhile is probably eating his words as we speak 😂

I really want Ross to succeed though!

Athena, I’m not really sure you understand economics and how massively it impacts sporting output. What you have is an opinion with little grounding in fact. The fearless Indian “B” team that slew the unconquerable ‘Gabbattoir was demonstrating the immense confidence that comes from being in the IPL day-in, day-out and pulling off miraculous chases without batting an eyelid.

You can’t buy that sort of confidence, mate!

Be a terrific opportunity for the Black Caps to finally announce to the world that they’ve arrived. Can’t hardly wait 🙂

Well, there’s a few reasons for that. India was a desperately poor country until 1991 (after the collapse of the Soviet Union) when, apparently, economic liberalisation were instituted over there.

It might also be worth keeping in mind that India, despite not being an out-and-out communist nation, was still a firm ally of the Soviet Union, and as such, was not seen as being especially close to countries like the UK and Australia. Cricket was, furthermore, not nearly as popular as it is today – and only started to become widely followed after India won the 1983 World Cup.

India’s population wasn’t as large as it is today either. Since gaining independence from colonial Britain, during which time India ended up being largely impoverished, India may have averaged a population growth of 2-5 % as food sufficiency and healthcare improvements dramatically reduced the mortality rate over there.

Today, India is the fifth largest global economy (after the US, China, Japan, and Germany) and tens of millions of Indians have gradually moved out of poverty, and into the middle class. They now have greater affluence (not nearly quite at the level of people in developed countries, but certainly better than it once was) which they can look to invest in their children – including in their children’s passion for sport (including, obviously, crcket).

The IPL, while a recent phenomenon, has undoubtedly helped accelerate India’s rise as a cricketing phenom – as you’ve rightly pointed out, Nuisance. I agree that the tide has turned as far as Indian cricket goes, and this is only going to benefit the sport in general, going forward 🙂

Can’t argue with that, Micko. I reckon India’s tour of England right after the World Test Championship finals will tell us a lot about just how good India really are. I’m eagerly anticipating an India vs New Zealand WTC Finals too 🙂

I’ll be enormously pleased if that were to happen, Micko – but I suspect it won’t be that easy 😂

I think what he was trying to highlight was the fact that India are a cricketing behemoth (in a financial sense) – and that that financial dominance is now finally translating to onfield performances.

This is hardly a one-off either. Teams simply do not travel to Australia and beat the Baggy Greens in their own backyard. It simply does not happen. The last time England did it was in 2011. No Asian side (apart from India) has won a Test match in Australia, let alone a Test series.

India have now won two consecutive Test series down under. Let the magnitude of that sink in for a second. This, therefore, is not a new phenomenon, but part of trend that’s increasingly arching towards excellence.

I seriously don’t see any reason why you need to be so apprehensive – as if you believe that this is all a fragile dream that will abruptly vanish at a moment’s notice. It won’t. There is a concrete system (including infrastructure and developmental pathways) and process that lies at the heart of your team’s success. You have a billion-and-a-half people, with perhaps a hundred-million cricketers at various levels across the country. You’re never going to struggle for replacements.

As a fan of global cricket, it’s good to see that most Indian fans are fully able to appreciate and savour this momentous achievement. Perhaps you need to as well.

Abuse is when it’s targeted at someone with the intention of hurting them and experiencing a sense of joy by doing so.
“Dirty”….is a very subjective idea. I’m not even sure what you mean by that. Do you, perhaps, mean sexual in nature?

I was referring to Natarajan, not Pujara. Bowling short to Natarajahn constitutes intimidatory bowling in that context, and that’s against the laws of cricket. I’ve shared links and the exact wording of the exact law on this thread.
I won’t share it once again, lest I be, once again, accused of copying and pasting 😂

No home series coming up, Jeff – not until after the World Test Championship finals anyway 🙁

Also, regarding the Baggy Greens – maybe you should read this:

Oh, so anyone we don’t agree with are now a “pest”, are they? Good on ya, mate. Keep flying the flag high

“There was very little short pitched bowling at all in this series.”

This one made me fall off of my chair laughing. Pujara alone copped a dozen bouncers on his body. Lol. What a convenient and self-deceiving narrative to peddle. You should watch this clip (it’s from Cricket Australia’s YouTube channel) to see the kind of short-pitched stuff that was dished out by the Aussies: