The AFL is the undisputed, pound-for-pound champion of Australian sport.

It’s an all-encompassing juggernaut that, on the back of last year’s $2.5billion broadcast rights deal, is dominating todays sporting landscape like no other.

The final siren of the 2016 AFL season rang out more than three weeks ago, but the pride of place that the AFL has continued to hold in the eyes, ears, heads and hearts of the Australian public is simply amazing.

And they’ve done it in a variety of ways.

Full-fledged attack-mode on the most talented young sportsmen and women in the country. Bold, yet tactical administration and brand maneuvers. Smart and savvy planning in places they never thought to tread. It’s been a guerilla assault on the Australian sporting landscape.

If we zoom in on the end of the 2016 season, we get a perfect snapshot of why the AFL has such a strong stranglehold on not only the Australian public, but the title of our nations premier sport.

Obviously, and deservedly, the Western Bulldogs time in the sun is still going. Nearly an entire month, and some, of tributes and accolades about the ‘Peoples Champs’ has been great to see.

Spectators are drawn to the game of footy itself, but fans are drawn to characters and a sense of romanticism. Bob Murphy, Luke Beveridge, Tom Boyd, Jakey Stringer and Tom Liberatore have provided storylines over the past few seasons that have helped create the feel-good vibe that helped carry the Doggies to the title. And boy didn’t the AFL love it?

However, less than a week after Luke Beveridge and Easton Wood proudly held the premiership cup aloft, confetti raining down from above, the AFL had another reason to stay glued to your television, newsfeed or Twitter account – The NAB AFL Trade Period.

Two weeks of ferociously feverish wheeling and dealing where clubs fortunes could rise or fall; or player’s careers splutter or skyrocket after a simple swap. Hourly updates, daily wraps, trade period verdicts and actual AFL induced rumour and innuendo swept through just about every AFL fan.

It all came to an end today, but not before it was live streamed around the country, five days a week for nine hours a day. The AFL’s number one journalist Damien Barrett and footy guru Terry Wallace lead the broadcast, and the entire NAB AFL Trade Radio team managed to captivate a collective of loyal listeners right up until the very last seconds of the trade deadline.

They even stationed the broadcast right outside Etihad Stadium for periods of time, where they were privy to meetings, conversations and one-on-one interviews with recruiters, players and their managers alike. It made for great theatre and a was great advertisement for the sport.

In terms of shock value, it certainly helped that this trade period had it in spades. The seemingly unfathomable decision by Hawthorn to push club legends Sam Mitchell and Jordan Lewis out was front-page news.

The epic chase for Gold Coast midfielders Dion Prestia and Jaeger O’Meara was front-page news. Heck, half of the nations media outlets ran stories about potential stories that didn’t even end up being stories, all on the front page. 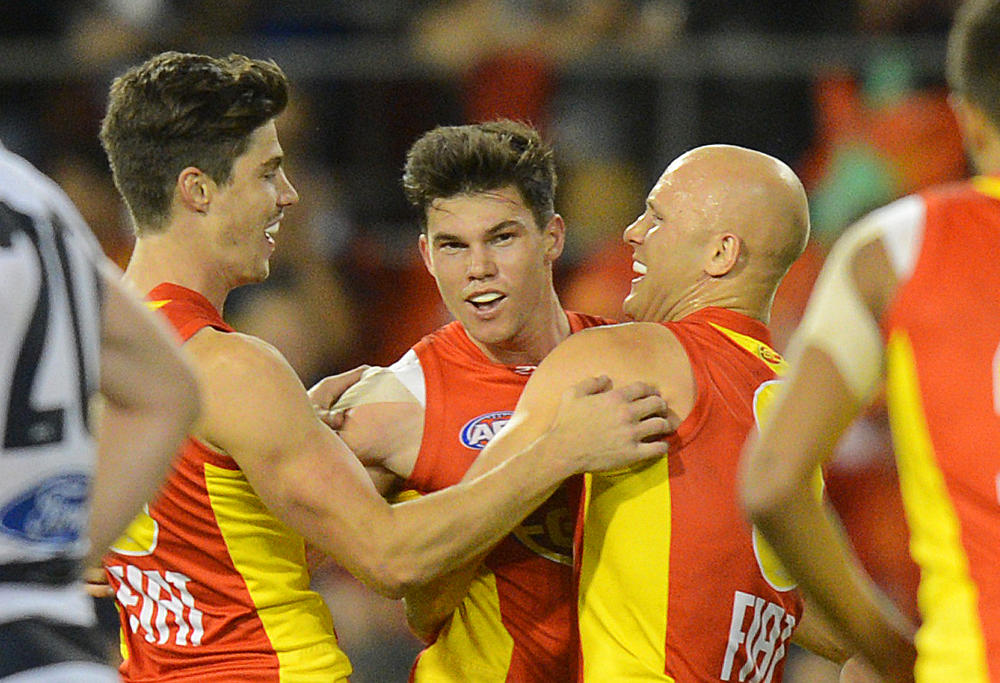 The NAB AFL Women’s Draft also took place on October 12th and gave the AFL another vehicle to capture the attention of a sport-loving nation thirsty for entertainment. It managed to take a stranglehold on headlines months before a ball will even be bounced.

And it doesn’t stop if we look ahead. The NAB AFL Draft will be held on November 25th, with the pre-season and rookie drafts being held a few days later. It doesn’t take Nostradamus to predict that the next fortnight’s news will be dominated by the lingering effects and chaos of the last few weeks, coupled with talk of prospective number one picks.

Before you know it, pre-season hype will start to begin. Then the women’s competition will kick off. Shortly thereafter the NAB Cup will have hit our screens, probably before most of us realise the cricket is even on. It’s a relentless wave of content modelled on successful sporting bodies like the NBA and NFL.

Pretty soon the AFL will be everywhere, if it’s not already, because who will stop it? And why would you want to anyway?

Kudos to the AFL, you’re delivering knockout punch after knockout punch, and every other sport is wobbling their way towards the canvas.