In Super Rugby AU, the top three teams qualified for the finals. The first-place team went directly to the grand final, with second playing third for the opportunity to face them. In 2020, the Reds defeated the Rebels to reach the decider, where the Brumbies triumphed to claim the title.

Super Rugby Aotearoa has no finals system. The team that finishes first at the end of the home-and-away season is crowned champions. This year, it was the Crusaders.

This was the ladder for the Super Rugby season before it was cancelled.

Eight teams qualify for the Super Rugby finals. The team that finishes the top of each conference will immediately make it into the finals, with the other five positions awarded to the five next best teams, regardless of division.

For finals seeding, the three division winners are regarded as finishing first, second and third – regardless of whether any of the non-division winners actually exceeded their points total.

Unlike rugby league, teams are not awarded any points for a bye.

If teams finish on the same number of points, the team with the most wins, followed by better for and against (total points scored minus total points against) will take the higher position on the ladder.

Super Rugby AU final live stream: How to watch Brumbies vs Reds online and on TV

Super Rugby AU final teams: Lolesio back for Brumbies, Petaia given the all-clear

Super Rugby AU final: It all comes down to this 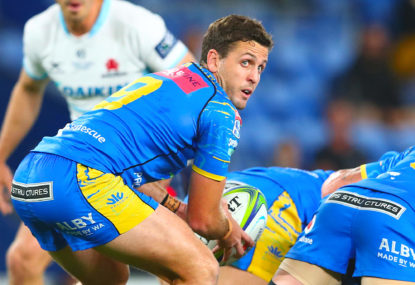