Want a higher-scoring AFL? Tell the umps to blow the whistle more

When Ron Barassi stared into the void at half-time of the 1970 VFL grand final, he imagined a hazy outline.

In the few frantic minutes available, with Carlton trailing Collingwood by 44 points, the Blues’ coach worked a miracle of management. He persuaded his players to put his desperately formed vision into effect and the game’s most remarkable victory was achieved.

Australian football was about to change.

Not that it was all down to Barassi. The arrival at Hawthorn of the freakish Peter Hudson three years earlier had sparked a re-birth of the hundred-goal-a-year full forward. Scoring goals, rather than stopping them, was back in vogue.

When that was coupled with a more mobile game, lubricated by the handball, things happened fast. The 1970 home-and-away season was the first-ever of 22 rounds. Four teams accrued 2000 points that year. By 1976, ten teams topped the 2K mark and by 1978 every one of the competition’s 12 teams had a two in front of its ‘points for’ entry.

But just as Barassi had shown the way to all-out attack, it was inevitable some smart coach would come along to spoil the party. Mick Malthouse’s West Coast started it in 1991 by conceding just 1532 points. This equalled, precisely, the low-water mark achieved by Allan Jeans’ St Kilda in – you guessed it – 1970.

In 2005, Paul Roos’ Sydney Swans became the first team in the history of the 22-game season to score fewer than 2000 points but win the flag. Last season, the Western Bulldogs became the second.

The newly-appointed AFL football operations boss, Simon Lethlean, last week identified higher scoring as an objective to be pursued in his new role.

“We will work with them (coaches and players) and support them with our rules to try to enhance scoring,” he said.

The modern AFL has become a sporting administration like no other in its tendency to fiddle with the rules – or Laws – of its game. Unfortunately, if the work of his recent predecessors is any guide, Lethlean is likely to infuriatingly tinker at the edges of the problem rather than cut to its heart.

Yet the heart of this issue is simple and it involves a sporting rivalry almost as old as time. For just as there is good versus evil and there is Collingwood versus Carlton, so too there is offence versus defence. In a nutshell, the latter is the battle which determines how high-scoring, or low-scoring, the game is. If, in general, ‘D’ is prevailing over ‘O’, low scoring will be the order of the day.

So what is the most fundamental aspect of defence? Unarguably, it is tackling. And what component of the game requires the most adjudication from umpires? Yes, tackling. So, to a very real extent, the adjudication by umpires determines the success, or otherwise, of defence.

The factor most responsible for the modern ascendancy of defence is the degree to which a blind eye is turned to illegal tackles. There is now much more tackling than ever before, yet there are way fewer free kicks being paid than was once the case.

In last year’s grand final, 193 tackles were recorded and 28 frees paid. Of those, only 11 were specifically tackling-related. That’s one infringement for every 17.5 tackles.

Compare this to the 1991 grand final, when Mick Malthouse’s Eagles had developed their new tackling ethos. In that game, 52 tackles were laid and 42 free kicks paid. If 20 of those were for tackling breaches, that’s one infringement for every 2.5 tackles. 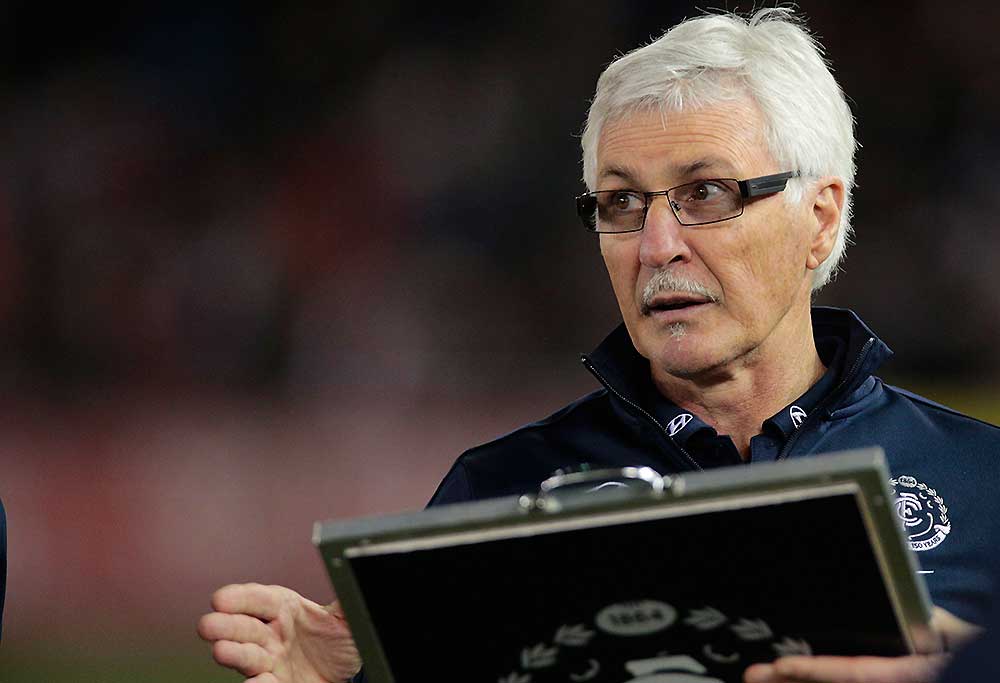 That’s a 700 per cent difference over 26 years. Are we really to believe that, in a game becoming ever faster, tackling techniques and precision have improved so much?

The more likely explanation – palpable to those who have watched football over decades – is that umpires have been encouraged to put the whistle away.

While there are no tackling statistics available from the 1970s, we do know that field umpire Don Jolley – officiating solo – paid 90 free kicks in the 1970 grand final. And this was in an era when tackle was what footballers took on their post-season fishing holiday.

Conventional wisdom says fewer free kicks are good for the game. Yet more serious consideration compels the view that acquiescent umpiring has actually been bad. It encourages defence over offence, making for ‘pack football’, more stoppages, and, ultimately, lower scoring.

The simple fact is, if Simon Lethlean wants higher scoring, he can achieve it by re-setting the bar on permissible tackling. In other words, by telling the umpires that being a whistle-blower isn’t a crime.