The ugly side of the fourth estate

I used to keep scrapbooks of Collingwood’s seasons. I’d read all the newspapers, cut out any Collingwood-related articles, and paste them into these huge yellow scrapbooks I bought from the newsagent.

There was actually an art to the way those articles fit the page – or the way I made them fit. It was painstaking, time-consuming, but something I loved doing because I loved reading everything about Collingwood, and wanted something I could look back on long after the seasons were gone.

Unfortunately, as life grew more hectic, I started to fall out of the habit. I collected the newspapers, and stacked them on my bookshelf with the intention of cutting out the articles and pasting them into a scrapbook, but as time went on, the stack grew higher.

Then I just stopped adding to it. I was just too busy. Well, at least that’s what I told myself. It’s only now that I realise that there was another contributor as to why I stopped – an ugly side of journalism had reared up, and it was one that I didn’t want to record.

The ugly side grew – disproportionately – as football itself grew as an industry. Football wasn’t always this behemoth.

In the 1970s and 1980s, you had Seven’s Big League (on Channel Seven) on Saturday nights, which would recap a quarter and a bit of the game of the round, and then give a little less time to one of the other games. If you followed a struggling team, you were unlikely to ever see them on a replay.

The Winners on Channel 2 did much the same thing as Seven’s Big League, although you’d get different coverage and different commentators, which was novel. If you were really lucky, you might get a different game altogether. Sunday, Channel Seven’s World of Sport looked at the round, and on Thursday night, you had League Teams – starring Lou Richards, Jack Dyer, and Bob Davis – which listed the team selections for that round. That was it really.

Then, as the game went national and players became full-time professionals, coverage expanded. Arguably, Channel Nine’s The Footy Show really kicked it off (although it was largely a reincarnation of the camaraderie and banter showcased on World of Sport). Channel Seven tried a number of different shows. The pay channels (in their various incarnations) did their own thing. Everybody explored boundaries, trying to find the right formula. This was the foundation being laid as media executives learned how to best serve the public their football fix. 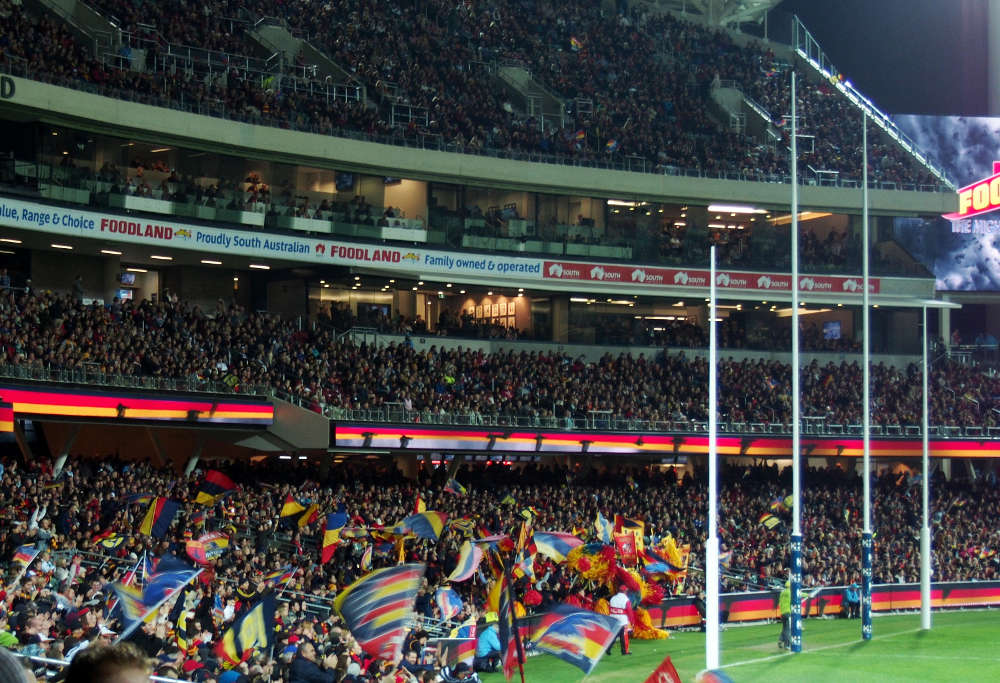 Now it’s just wall to wall football wherever you turn. We have games ranging from Thursday night all the way to Sunday mid-afternoon (and, sometimes, beyond). There’s some football show on every day of the week. The radio station, SEN, basically cover the game 24/7. Football has gone from a national sport which had almost a niche identity to this omnipresent industry.

We have journalists who hound players and clubs, who dredge up every conceivable angle to concoct a story, who exaggerate, and God knows if any of them are fictionalising to cover any gaps in an intended story. Every football show you turn on now will have a segment with some journalist giving us the inside scoop on something going on.

Now I should stop and say this isn’t criticism aimed at every journalist out there. There are still some great football writers. I’ve always been a huge fan of Rohan Connolly. You can tell he’s just a football nerd who loves the game and loves talking about it.

Some accused him of going soft on Essendon (whom he supports) during the supplements saga – but that’s not his thing; he’s not one to not only dredge up the ugliness, but exploit it for a quick headline.

You don’t see him muckraking. Emma Quayle’s another – you can see in her writing why GWS appointed her their first female recruiter. She’s excellent. Her love of the game and her knowledge shines through.

Glenn McFarlane is another I love to read – particularly his Collingwood retrospectives. On television, Gerard Whateley is brilliant – always insightful and fair. They’re out there, the good ones. But they usually don’t get the profiles of the others.

I won’t name them. You know who they are, though. Of course you do.

My query is why they’re not held accountable for their reportage, why they’re celebrated, why they’re given positions with national coverage. Honestly, they make me not want to read newspapers (in hardcopy or online), or watch the bulk of the football shows on which they appear. They are smug, self-important, and thoroughly distasteful. If I want to see stuff blown out of all proportion and sensationalised for the sake of garish entertainment, I’ll find a Jerry Springer Show rerun – although at least Springer’s likeable.

Of course, maybe that’s all it’s about – ratings and sales, which is why they operate as they do, and with the impunity that they do. Maybe it’s why their employers entrust them. Maybe it’s why they seem prevalent and get all the cushy gigs and I’ve just outgrown football media and become irrelevant myself, a relic of an era where coverage of the game had nobility and integrity, and a journalist’s love of the game – rather than of their own profile – seemed their best qualification for why they did what they did.

I miss those days.