New ground will be broken in the AFL when the Gold Coast Suns and Port Adelaide compete in the first premiership match to be contested outside of Australasia this Sunday.

The match will be played at Jiangwan Stadium in Shanghai, with the local starting time of 1:20pm allowing the match to be televised by the Seven Network live into Melbourne, Brisbane and Adelaide.

It will not be the first time an AFL premiership match is played for premiership points outside of Australia, though, with St Kilda having played three matches in New Zealand on Anzac Day between 2013 and 2015.

It will also be the second time any Australian rules football match is played in Shanghai, after Melbourne and the Brisbane Lions played a post-season exhibition match at Sunday’s venue in October 2010.

Due to its obligation to play eleven home games at Adelaide Oval per season, the Power had to purchase a home game from the Suns to make this fixture possible, costing them $500,000.

What it means for the Suns is that they won’t play a proper home game until Round 11, with a trip to play Melbourne in Alice Springs to follow on the other side of the bye, which for both the Suns and Power will come next weekend.

After seven rounds, Port Adelaide has the best percentage and defence of any other team in the competition, and are also ranked second in attack, with only the Adelaide Crows scoring more points (even so, the Crows have scored nearly 100 points more than the Power). 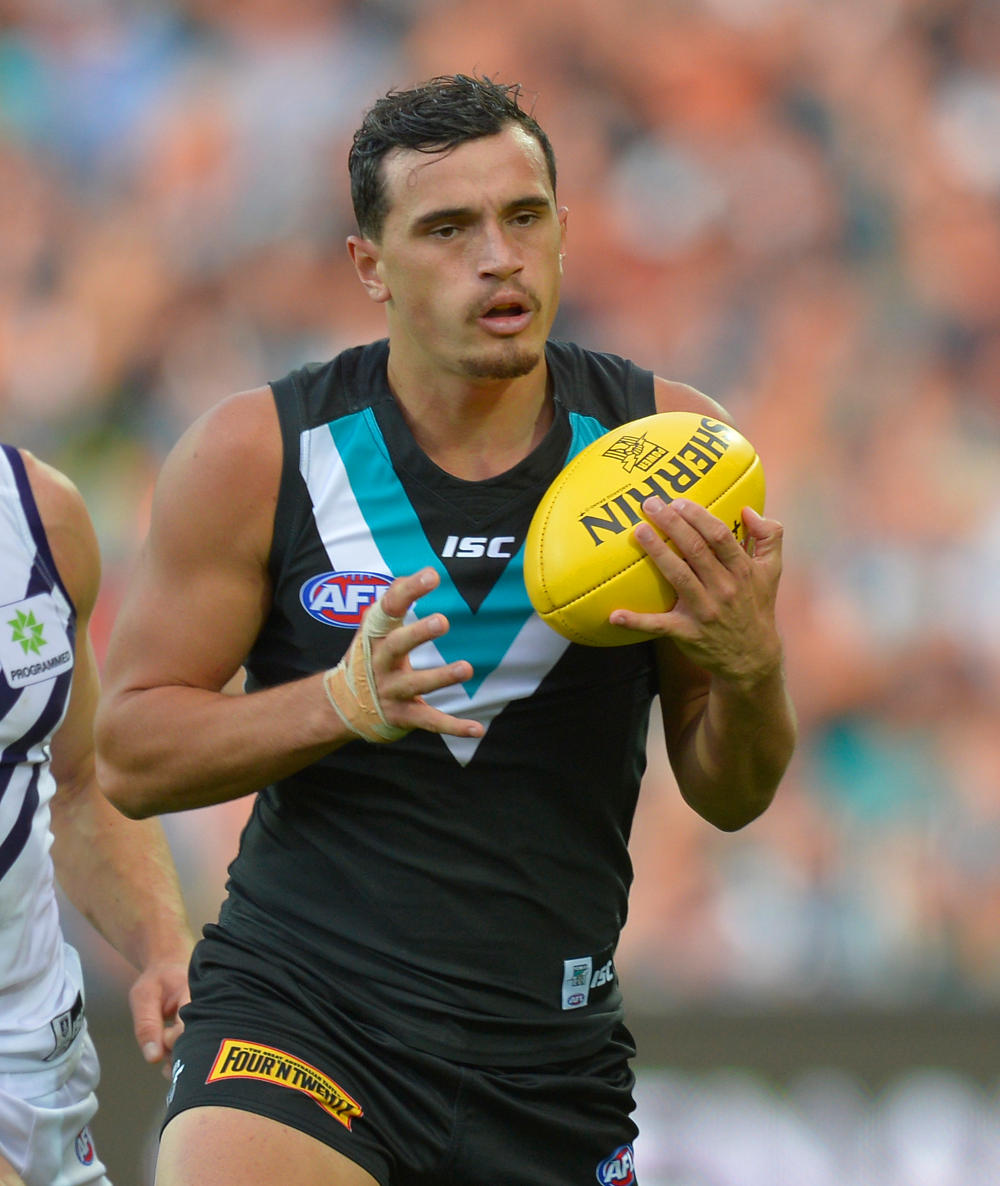 Despite this, they sit seventh on the ladder, having gone down to the West Coast Eagles by ten points at the Oval last Saturday night when a win could’ve lifted them up to third on the ladder.

It was their third loss for the season, following previous defeats to the Crows and the GWS Giants in rounds three and four respectively.

Still, Ken Hinkley will be happy about how his side is tracking as the Power seek to return to September this year after two years without finals action.

The Gold Coast Suns, on the other hand, have turned a corner in the past month since being embarrassed by the Giants by 102 points in Round 2.

After copping some severe criticism for his poor showing against the Giants, former captain Gary Ablett Jr has hit back hard at his critics, rediscovering the form that saw him win his second Brownlow Medal in 2013.

In each of his past five matches he has earned at least 32 disposals with his 45-disposal game against North Melbourne in Round 6 the best of the lot.

It’s a fair bet to say that he will have earned at least 12-14 Brownlow Medal votes across those five matches, and he could even be in the lead at this point of the season when the votes are read out on September 25.

He will turn 33 on the day of the match against Port Adelaide, a team he has tormented many times as a Cat and at least once as a Sun, in Shanghai. It will, however, be the first time he has faced the Power since 2013.

He is also due to play his 300th AFL game against Carlton in Round 13.

While the former skipper will line up for the Suns this Sunday, at least three of his teammates won’t.

David Swallow, Matt Rosa and Callum Ah Chee won’t be boarding the plane to China due to injuries, while several others could also miss the trip across the equator owing to recent pollution issues in the country.

Coach Rodney Eade has said he will not risk his players’ health as he seeks to assemble what he hopes is the first Suns winning side against Port Adelaide since Round 5, 2011.

That match marked the Suns’ first ever victory in the AFL, while for the Power it was the lowest point of a season which saw them narrowly avoid the wooden spoon in the final round, finishing above only the Suns.

Port Adelaide clearly haven’t forgotten that defeat, winning the last six meetings between the pair dating back to 2012. The closest result (apart from the Suns’ two-point win in that aforementioned 2011 match) came in Round 21, 2014, when the Power snuck home by just nine points.

The Suns plan to fly from Brisbane to Shanghai via Singapore, stopping over at Singapore’s Changi Airport, where they plan for their players to use the swimming pool to mitigate the effects of travel, before completing the journey to China’s most populous city. 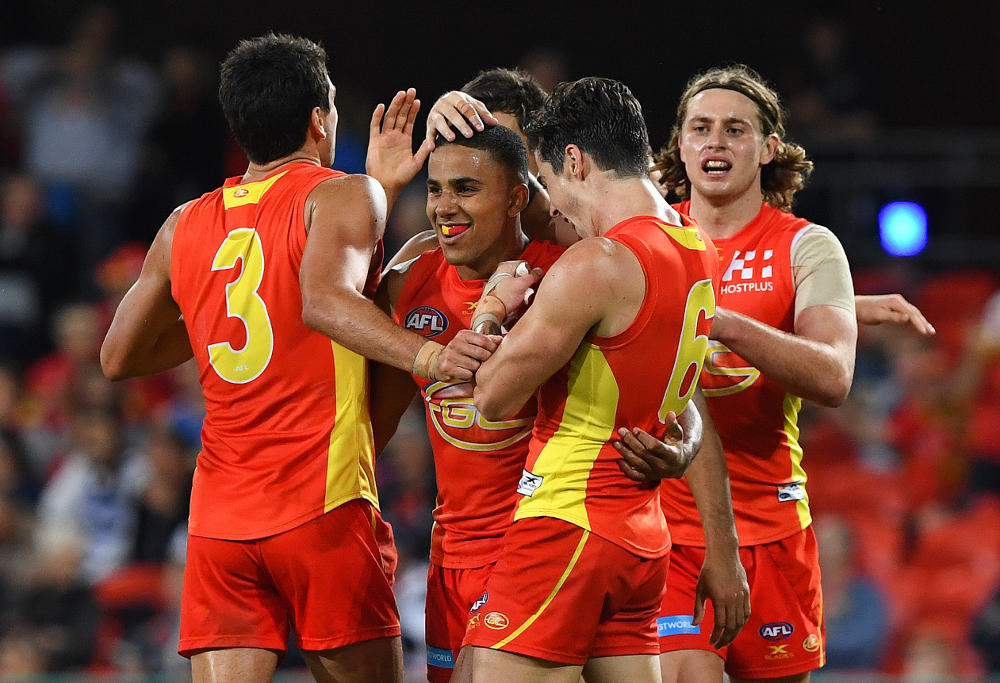 The Power, on the other hand, have already sent some of their players up north, while the rest of the squad will fly direct to Hong Kong today before finally landing in Shanghai in time for a training session tomorrow.

As far as the weather is concerned, players can expect temperatures nudging thirty degrees, while there are reports that a sandstorm could hit the city later this week.

Due to the extended flying time back and forth, both the Suns and Power will have the bye the following round, while the remaining 16 teams will have their byes in rounds 11-13.

Both clubs will then resume their seasons with away matches against Melbourne (in Alice Springs) and the Geelong Cats (at Kardinia Park) respectively in Round 10.

The historic match will be televised on the Seven Network nationally, except in Sydney (which will receive the North Melbourne versus Sydney match live) and Perth (a delayed telecast of the Richmond versus Fremantle match).