Justin O'Neill's a much better footballer than you'll ever be

Who is luckier to have played State of Origin football, Justin O’Neill or Paul Gallen?

Leading into the opening game of the Origin series, I saw half a dozen articles published about players supposedly ‘fortunate’ or ‘forgettable’ for the part they have played in interstate folklore.

From the vitriolic deluge after the 28-4 result, it seems a fair chance O’Neill may find himself cruelly consigned to such ranks down the tracks.

To me, making a list of people who didn’t deserve to play Origin is like trying to denounce an Olympian or a Nobel Peace Prize recipient.

In such rare, refined company, nobody arrives on luck alone. Indeed, the only people who should count themselves fortunate to receive those types of accolades are people who cheat the system to get there – even if they were decent athletes otherwise.

But not once on any list of ‘players lucky to have played Origin’ list have we seen the likes of Gallen, Rodney Howe or Robbie O’Davis.

All were allowed to continue on in Origin after suspensions for performance-enhancing substances.

In retrospect that to me seems a much more lamentable mark upon the game than a bungled pass between Phil Sigsworth and Phil Duke.

In all other facets I think making ‘worst of’ lists about State of Origin says something about ourselves as a society and, more pointedly, the profession of sports writing.

I get where the concept comes from – it’s a chance to delve into the memory banks and recall obscure or dramatic moments from an event that has provided gold-plated entertainment for almost 40 years.

Delusion, envy and insecurity allow the man on the street to sometimes think they could compete at the elite level with just a few months of training. But let’s be clear, there’s a hierarchical structure in rugby league that cannot be denied. 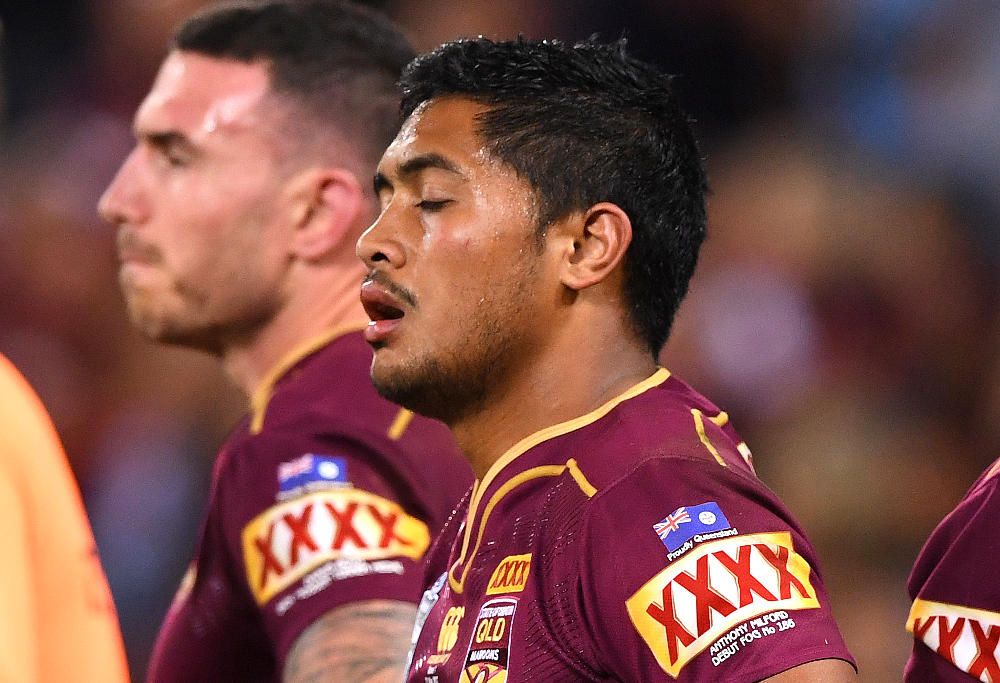 Your stock standard park footballer would destroy most armchair athletes. Paid country or suburban A-grade players would obliterate most amateurs. State league players are another step up again, and only a small percentage of state leaguers ever get to taste the NRL.

From that select band, the cream are chosen to play in the Origin arena.

For 99 per cent of people who have laced on a set of sprigs, even having one interstate game beside your name would be an amazing honour. But still we allow ourselves license to tear down others who have scaled the mountain.

Seeing names like Michael Buettner, Steve Carter and Phil Blake tossed around among ‘forgettable’ Origin players was for me the act which brought this to boiling point.

If anything, I’m more surprised those particular players didn’t feature in more Origins than the record books show.

One of the greatest – and most humbling – experiences I had as a young reporter was to spend five consecutive days training under Billy Johnstone at the North Queensland Cowboys. This was in 2002 when they won only eight games from 24 starts, so they were by no means a team of superstars.

I went into the experience considering myself a fair athlete – someone who had done reasonably well in fitness drills in a state league set-up and had been an avid sportsman all my life. Friends would call my training regime ‘hardcore’.

Still, I don’t think the mental or physical torture I was put through in five days of training with an NRL squad will ever be forgotten.

I have never gasped for air, vomited as regularly, felt so physically inferior or doubted myself as much as that week.

By the end of the experiment I was spending an hour in an ice bath a day just to soothe the soreness, my legs were collapsing on simple 20-kilo lunges and I was getting beaten in sprints by guys 40 kilograms heavier.

There were blokes carrying serious injuries who were outdoing me on middle-distance drills that I considered my bread and butter – guys who played only a handful of NRL games.

That’s honestly how far out of our league athletes are at the elite level, which is something we don’t readily wish to admit to. And they do this day after day, week after week, pushing through pain with their livelihood dependent on them never giving up.

When Justin O’Neill next walks into the field, he will do so with all sorts of clouds and question marks hanging around him from this tough week under the spotlight. But this is a guy who held the Australian long jump record as a teenager, someone who played for the Australian Institute of Sport, Queensland under 18s, and scored a try when Melbourne won the national youth competition grand final. He also scored tries for the Storm and Cowboys in first-grade premiership deciders in 2012 and 2015.

There’s no ‘luck’ in him becoming an Origin footballer, and, if anything, Wednesday night only re-emphasises just how woefully inept any of us would be marking Jarryd Hayne or taking the ball off our line into the Blues’ rampaging defence.

Not that we want to confess to that.