Will Rod Kafer be the catalyst to make Australian rugby great again?

The headline on the Sydney Morning Herald article announcing the ARU’s appointment of Rod Kafer as the founder/director of a National Coaching Advisory Panel made this Trumpian claim: “Rod Kafer aims to make Wallabies and Australian rugby great again in new ARU role.”

Kafer, the article noted, has been recruited by the ARU “as a part of a drive to arrest the decline of the 15-man code.”

Kafer himself had no inhibitions about the enormity of his task, its importance and his own ability. I see all this as a good thing.

He is aiming high. Good.

Through setting up a nationwide coaching system at every level of the game (rather like the New Zealand model, perhaps) he wants to bring Australian rugby back to that time “we all remember when rugby was great.”

Kafer made the important point when talking about his appointment to the reporters that there needs to be a recognisable and accepted Australian way of playing successful rugby. And that this Australian way has to be built on past traditions that suit the Australian environment and the Australian temperament.

His articulation of these imperatives is one of the best expressions of intent and insight I have come across from anyone involved in Australian rugby for a long time: “When Australia was great, we recognised that there was a team who were innovative, they were thoughtful, they were prepared to bring something a little bit different.

“We need to establish in Australia a concept of unity, of purpose. What are we about? What are things that when somebody looks at an Australian rugby team play, they can immediately identify?” 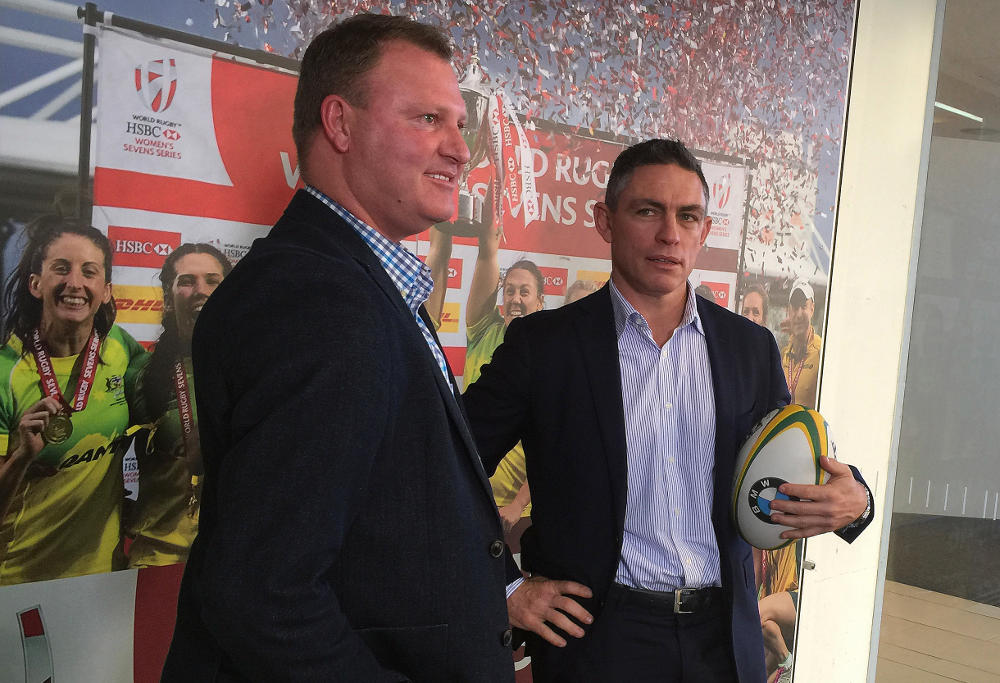 What the answers are to these questions is a matter Kafer has not addressed, as of yet.

This is understandable. It is early days in the project.

But he did mention this point, specifically: “Every player that gets to Super Rugby level should be able to catch and pass the ball consistently under pressure.”

For several decades now, the best analysts of how rugby should be played have stressed the primacy of passing. There is a great deal of information about how the team that makes the most passes generally wins the match.

The rugby history context of this insight that passing skills win matches is that in the last two decades the laws of rugby have been modernised and modified.

I have argued now for some years that the football model of playing rugby – with incessant kicking being the norm – is increasingly less successful than the basketball model, with its emphasis on slick passing and fast break-outs.

There is one rugby nation in particular that in the last decade has refined and developed the basketball model of playing rugby, New Zealand.

And which rugby nation has had unparalleled success in that period, with two successive Rugby World Cup triumphs in 2011 and 2015? New Zealand, obviously.

This obsession with passing skills as the key to unlocking modern defensive systems presented by their opponents was brought home quite sharply during the semi-final of the Rugby World Cup 2015 tournament.

On a wet day, with a stubborn, resolute Springboks side taking the game to and away from them, the All Blacks came out early in the half-time break and started running through their passing drills.

The Brumbies kicked 24 times as opposed to 25 by the Hurricanes.

Despite having virtually all the possession and field position in the first 20 minutes, the Brumbies, with their obsession on the driving maul (which yielded them a try), could not open a significant and winning margin on the battling Hurricanes.

When they did keep the ball in hand early on, with some slick passing, they scored their first try with some ease.

In the second half especially, the Hurricanes totally dominated territory and possession. Playing within themselves by making the Brumbies forwards make tackle after tackle to thwart the short-passing attack, the Hurricanes were able to come out of a difficult match with a comfortable victory.

The few scraps of ball the Brumbies got, they tended to kick away to the disgust of the home crowd. 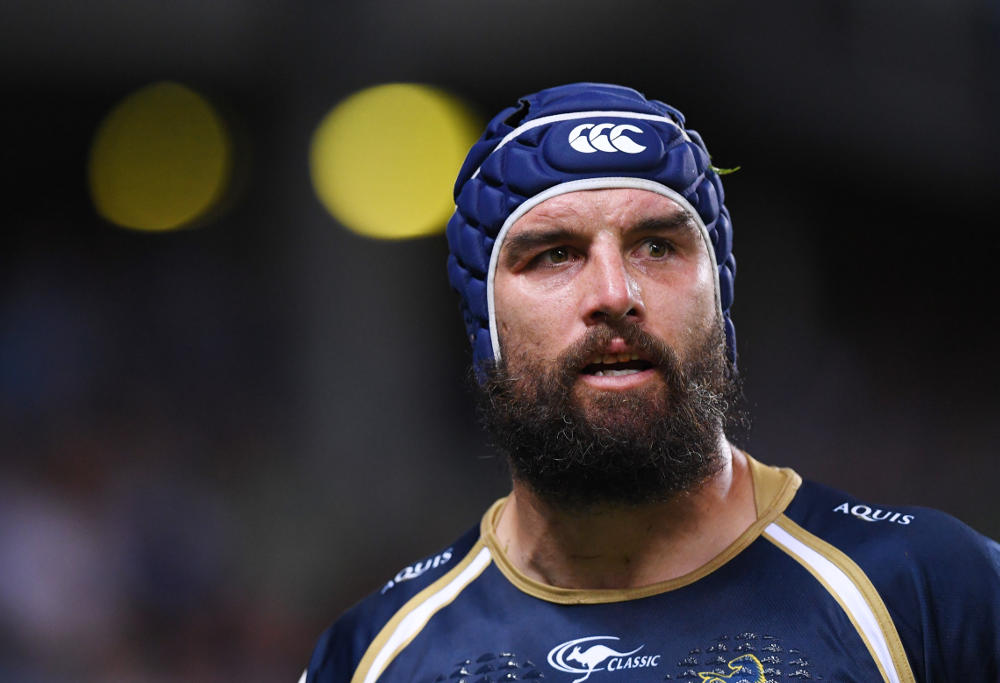 To my mind, this loss should be the end of the Brumbies experiment, started by coach Jake White, to make Australia’s most iconic, smart-thinking, innovative and enterprising Super Rugby team play like White’s stodgy Rugby World Cup-winning 2007 Springboks.

We now come back to back Rod Kafer and his new job of reviving rugby and the Australian way of playing.

It has been clear to me that Kafer has been somewhat supportive of this latter-day Brumbies style, especially in the years when his mate and fellow former Wallaby Stephen Larkham has been head coach.

The point here is this style is opposite to the thoughtful, innovative, a bit different sort of game Kafer wants Australian sides to start playing.

During the warm-up before the Hurricanes match, Kafer was almost exuberant about the faultless way the Brumbies were performing their drills. He predicted a terrific performance from the Brumbies based on this evidence.

It is history, now, that the Brumbies were terrific for about 20 minutes. But slowly and relentlessly the Hurricanes began to cope with the initial onslaught, then tame it and finally turn on their own onslaught.

One of the reasons why the Hurricanes could do this and turn the match around so successfully was because the Brumbies were so stereotyped in their play, so ploddingly predictable.

When Kafer talks about when Australian rugby was great, he surely is referring to the Rod Macqueen era in setting up the successful Brumbies franchise with cast-offs from the Sydney club competition and a handful of Canberra locals, and then the great Wallabies of 1999-2003.

This Wallabies team held every trophy available to win, including the Webb Ellis Cup and the now elusive Bledisloe Cup.

The coaching genius who created this team was Macqueen.

But here is the rub, Macqueen was virtually driven out of the Wallabies because of a group of players, mainly from the Brumbies, who believed in their right to control the team.

These player power agitators are now part of the rugby establishment.

David Nucifora, even though his Brumbies won a Super Rugby title, was also driven out of the franchise by the same player power group.

In my view, the Rod Kafer project is only going to succeed if he brings Macqueen on board to play the sort of elder statesman role, a guru without an agenda, that Wayne Smith has played in New Zealand rugby.

Widening this discussion a bit more, I’d make the point that the real basket-case Super Rugby team in Australian rugby right now are the NSW Waratahs.

This season the Waratahs won only four matches out of the 15 they played. Moreover, the quality of the team’s play, especially towards the end of the season, was appalling. 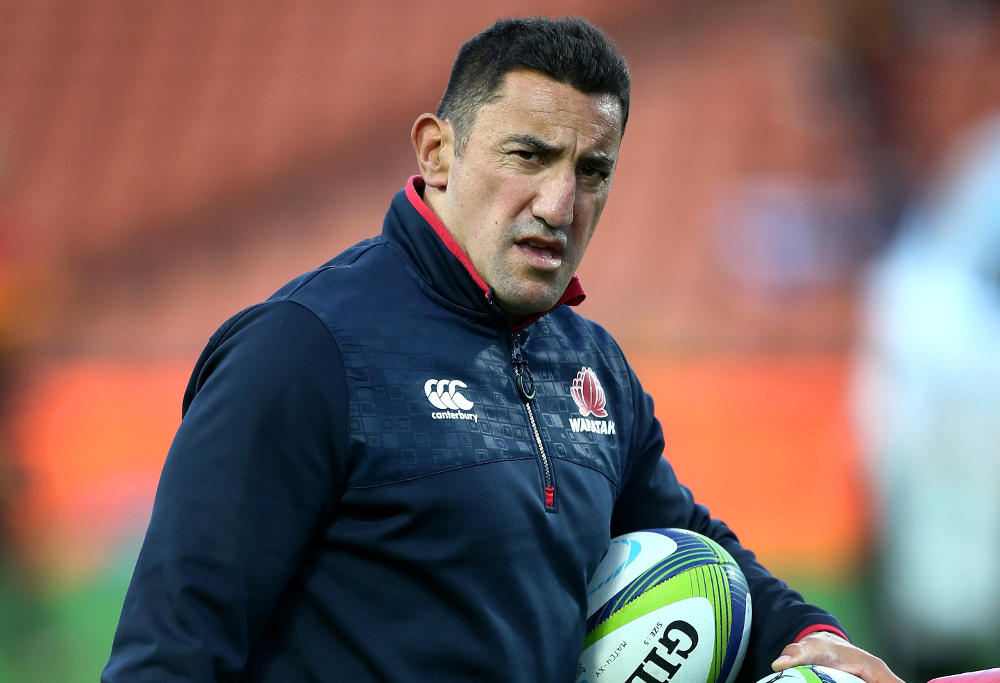 Everything fell apart. Some players were clearly not trying. The selections were often bizarre. Tactics on the field defied explanation. Why would Israel Folau attempt a 50-metre kick at goal against the Force when the Waratahs were 12-3 behind, for instance?

A former Canterbury Bulldogs executive and former Sydney FC chief executive, Dirk Melton, has been given the task of conducting an outsider review of the Waratahs!

Why would the Waratahs appoint someone from rugby league and football to resolve the rugby issues confronting the franchise?

There is a person who could have been selected who was an unbeaten Waratahs coach in 1991, someone who had a long career as a Sydney club player and was branded the Wallabies’ most successful coach after inheriting a team that had conceded 40 points in one half to the Springboks.

That person was Rod Macqueen, who was also a successful businessman before he became a professional rugby coach.

So my final points are these.

The ARU’s initiative to bring in Rod Kafer to invigorate coaching at all levels throughout Australia is a good news story, a terrific initiative.

Kafer has the knowledge and the confidence to do the job that needs to be done.

Let’s hope that the Australian Super Rugby franchises who are responsible for the appalling performances this season of not recording even a solitary win against a New Zealand opponent will work with Kafer and the ARU’s High Performance Unit in their effort to renew Australian rugby.

And, finally, let’s hope that Kafer engages all the talent across the Australian rugby community that is available to be utilised.