Season previews always involve some sort of tentative hoist into the veiled unknown.

So many safe assumptions made in theory crumble under the harsh terms of reality; I could make an argument, one supported by tactical evidence from last season, and buttressed by sensible forward projections, that Perth’s 2017-18 season will be a trying one.

But, in lieu of the arid dryness of that avenue, why not indulge in a little soothsaying instead?

As we pluck cards from the deck, each instilled with a heady prophecy, we’ll wave away the fog of fate, allowing the faint outline of what’s in store to emerge.

Adelaide United: The Devil
A symbol of wretched inversion, expressed best by the inverted pentagram, the Devil is a card most associated with a self-inflicted sense of chaos.

Looming over the man and woman, the Devil mockingly holds up a hand of false wisdom, which is really a disguised intention to wreak havoc and dysfunction. Mistakenly positioned as an external corrupter, the Devil in fact spawns from within, impairing progress, killing creativity, spreading hopelessness.

Adelaide’s title defence, as hopeless as any in the A-League’s history, was a calamitous cavalcade, where a sudden exodus of talent in the pre-season, and a vicious cycle of bad results and lost confidence, sent them spiralling from champions and premiers to the second-worst team in the division.

Eventually, after enough demoralising defeats, the Reds gave in, allowing the darkness to envelop them.

The lesson taught by the Devil illuminates the power of self-reliance; only Adelaide can take themselves back into the top six this season, and looking inwardly, not pointing outwardly, is the only way to do it.

Brisbane Roar – Justice
Sitting, unmoved, Justice holds the celestial scales which balance the laws of the universe. He has a sword raised to deliver punishment to those who deserve it, and to anoint those who have earned it. Justice does so without ceremony; the logic of the scales are clear, and weighing down one side will cause an unavoidable imbalance.

Brisbane are preparing for the upcoming season apparently wilfully ignorant of all of this; they have lost the joint-leading scorer, and have replaced him with a 37-year-old marquee. They bade farewell to a club legend at the end of last season.

Having instated a three-at-the-back system over the pre-season, the Roar have been beaten 5-1 by the Victory in an FFA Cup tie, and 4-0 by the Wanderers in a friendly.

Their transfer business has been, generally, lacklustre. The team has been insulated from the instability caused by the club ownership over the last few years, making a finals appearance in each of the last five seasons, including three finishes in the league’s top three.

But it does seem as though Brisbane is due for a down year, and perhaps Justice, looking on dispassionately, will deliver a blow to right the karmic scales. 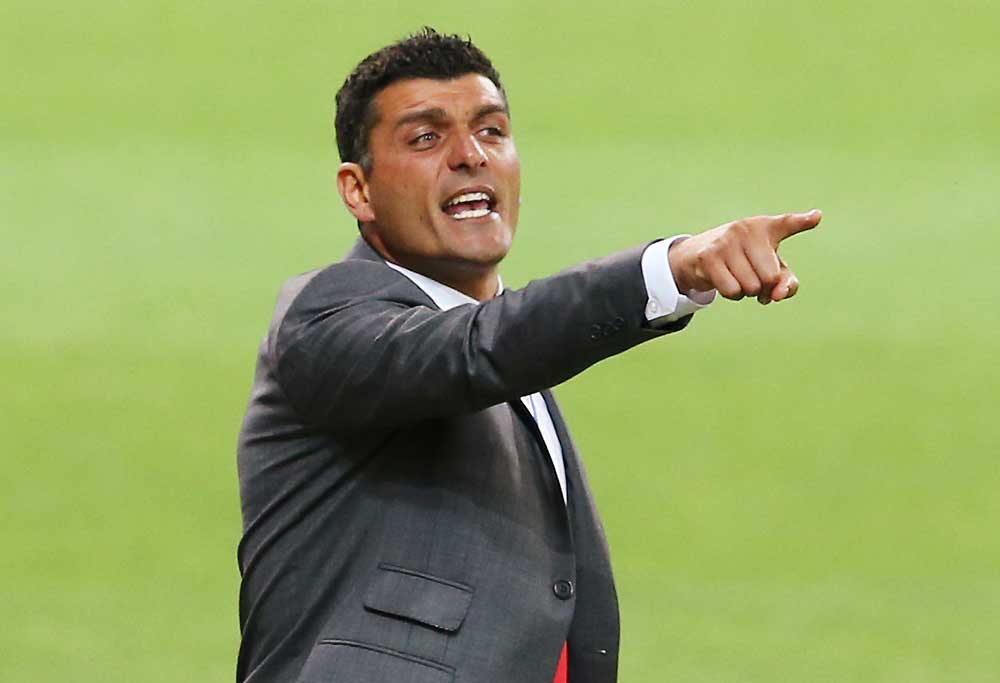 Central Coast Mariners: The Magician
The Magician wields divine powers of transformation, turning nothingness into somethingness. The symbol of infinity represents the limitlessness of his power, but this power does not come from within him; it is, in fact, only channelled through him.

The sources of power are outside of him, and just as he relies on these sources, so they too rely on him as a conduit; they are disparate, impotent and haywire without him.

Paul Okon appears to be growing something, coaxing out timid seedlings, from the barren plain that the Mariners have been trudging through for so long. His team finished third-bottom last season, but was extremely young, and offered up more than enough evidence to suggest progress is being made.

Crucial to the Magician’s potency is his clarity of thought; he must know not just what to do, but how and why to do it. Okon’s team is, in many ways, unknowable; Daniel de Silva is searching for a career revival, Andrew Hoole is overflowing with volatile potential, and Connor Pain only showed tantalising flashes of his value to the team last season.

Okon’s abilities – themselves largely untested – as a manager will be strained, but if he can conjure something this season in Gosford, a wondrous piece of genuine magic it will surely be.

Melbourne City: The Tower
The Tower looks like a scene of catastrophe, but really the card represents the necessary destruction of old, crumbling pillars we lean so lazily on. Destruction can be a catalyst for creation, and the Tower’s golden crown, toppled by a divine lightning bolt, is being removed from cold stone so it can better, more effectively, sit on human heads.

Melbourne City, having won the FFA Cup last season – beating Sydney FC in the final no less, a team that had looked utterly imperious, and which continued to look that way in the league – rested on their laurels, the richest club in the country, with the nation’s greatest ever Socceroo drawing crowds around the league.

They seemed encased in stone as the season wound its way toward the finals, unable to reinvigorate as a team, slipping to uninterested defeats and draws, eventually being beaten 2-0 by Perth in the post-season.

In what may be Tim Cahill’s final season as a player, City must take the opportunity to rebuild up their tower, having learnt the lessons of last season; a new tower, sitting on the rubble of the old one, will stand taller and prouder.

Melbourne Victory: The Chariot
With the two sphinxes bridled and sitting as well-trained steeds in front, the Chariot symbolises the powerful torque you can achieve with properly controlled emotions, and a laser focus on the destination.

The Victory, one of the league’s most successful and consistent clubs, tend to accrue this demeanour, and last season it seemed possible they could have caught leaders Sydney, wheels spinning furiously, horses galloping, a snorting pursuer. They were, in the end, pipped to the premiership, and lost to Sydney on penalties in the grand final, a cruel finish.

A James Troisi transfer saga for the ages threw the off-season into relative turmoil, and Marco Rojas and Fahid Ben Khalfallah both left; the horses were braying, throwing off their yoke and reigns, ready to bolt.

Then Troisi was suddenly re-signed, and Mark Milligan was brought in, and the mounts were calm again, pointing in the right direction, with Kevin Muscat steely-eyed and focused in the driver’s seat, reins in hand.

Momentum, increasing with every stride, carries the Chariot steadfastly toward its objective.