Subjectivity ratified: unpacking the 2017 ICC Team of the Year

Imma let you finish, but Nathan Lyon had the most Test wickets of all time. Well, in 2017 anyway.

The International Cricket Council has released its Test and ODI teams of the year. And, as usual, they’re an angry comments section waiting to happen.

Warner is the only Australian selected in the ODI team, while Kohli, Stokes and South Africa’s Quinton de Kock are the other dual representatives.

On first glance, it looks a strong team. It’s hard to argue with the batting.

Despite his struggles against Australia, Kohli plundered late runs to average 75.64 for the calendar year. Strangely, it’s the Indian captain’s first appearance in the combined Test team. Steve Smith (76.76) and Pujara (67.05) complete a formidable middle order.

It’s the openers who can consider themselves lucky.

Nathan Lyon was overlooked despite taking more Test wickets (63 at 23.55) than any other bowler in 2017. Instead, Ashwin got the nod with 56 at 27.58 – it’s worth mentioning that he didn’t play a single Test outside the subcontinent during the entire 15-month selection period.

There’s an argument that Ashwin wasn’t even India’s most effective spinner last year. Teammate Ravi Jadeja took 54 wickets at 23.05 with a better strike rate and economy. Jadeja also picked up two Man of the Match awards, highlighting his influence, while Ashwin didn’t receive any.

Starc’s inclusion, meanwhile, looks like a vote for variety. His searing left-arm pace gets more headlines than the steady stylings of Josh Hazlewood, but recent stats favour the latter.

During the voting period, Hazlewood took 60 wickets at 24.15, compared to Starc’s 52 at 27.88. To be fair, Starc’s impact was restricted by injuries. When available, he was potent, striking once every eight overs compared to Hazlewood who broke through every 10. 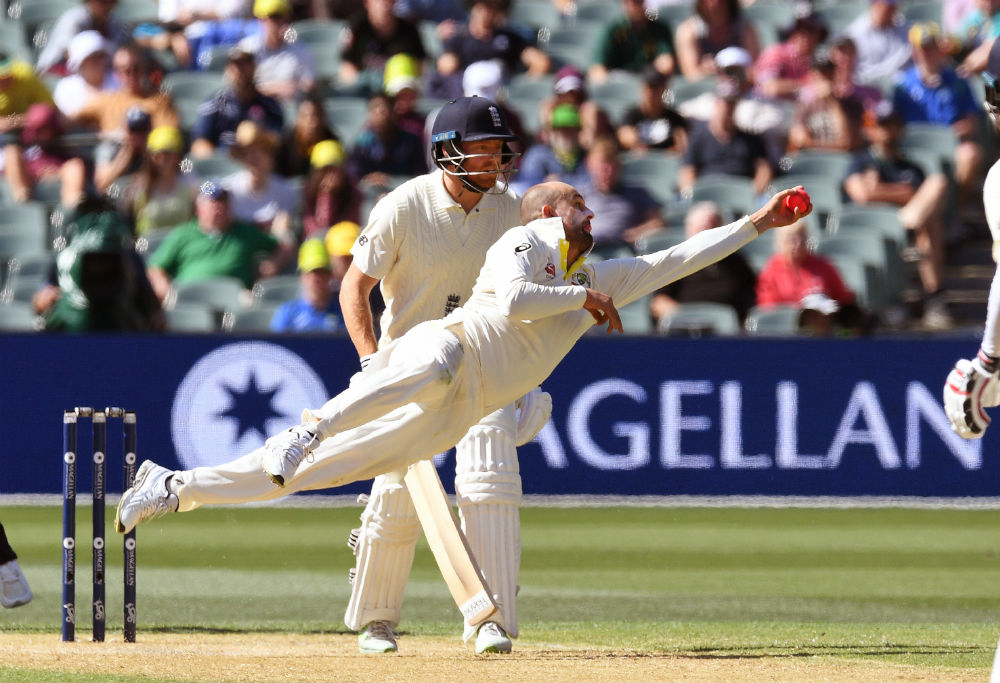 Since the advent of the ICC awards in 2004, it’s never quite been clear how much selections are based on pure numbers versus perception of a player, timing of performances, and/or the balance of the lineup in a hypothetical match.

For example, only twice in 14 years has the Test team included two frontline spinners, despite their frequent domination of wicket-taking charts.

Then you add in factors like recency bias and diplomacy.

Often, line-ball decisions will go in favour of lower ranked nations to make for a more diverse cross-section. And that’s fair enough.

The ICC’s own press release states, “While selecting the sides, the voting panel took into consideration player statistics, as well as key game-changing performances during the voting period.”

The current selection panel is a collection of former players, pundits and journalists from various countries. Mel Jones was Australia’s sole representative. The full panel is as follows:

The voting process was monitored by the ICC’s Head of Internal Audit.

The selections are not always based on a strict a 12-month period either. The latest edition took into account performances between 21 September 2016 and 31 December 2017.

Another arbitrary factor is whether or not a 12th man is selected.

Subjectivity in a stats-driven game

No Team of the Year will ever be perfect.

International cricket doesn’t function as an annual home and away premiership. Teams have uneven schedules and pitches are such a huge variable.

Stats might not lie but they can easily obscure the truth. Take Rashid Khan. The Afghan leggie is a genuine sensation, currently spinning a trail of destruction through the Big Bash.

With 43 wickets at 10.44 and economy below four, Khan’s inclusion in the ODI Team of the Year makes perfect sense. That said, he played 16 matches in 2017 – eight against Ireland, five against Zimbabwe and two against a fading West Indies.

It’s hard to anoint anyone as world class on that sample size. But if you’ve watched him, you know he’s well on the way.

For direct comparison, Kane Williamson also played 18 innings that year, mustering 753 runs at 47.03. The Kiwi maestro made the XI. Yet Smith scored as many hundreds (four) as both men combined.

In that sense, ICC team selections are like the Oscars for cricket. How can you compare one subjective performance with another? How can you quantify a player’s ability to withstand the pressure of each unique moment on the field?

Like the Oscars, some players might not be rewarded for their best performance. Only later, once their reputation is enhanced, will they gain the recognition they deserve.

Some players stand up in the big moments. Others are flat-track bullies. Some are great individuals, while others can drag those around them towards greatness.

It’s hard to read all that in a scorebook. And so we argue.