Seven years in, Cricket Australia can no longer play both sides of the fence when it comes to its booming short-form competition.

I suspect I am not alone. In the final year of its initial run on free-to-air TV, the BBL has reached an intriguing plateau.

Crowd numbers are down for the second year in a row – although still sit at an envious 26,000 a game average – TV ratings are down from the near-million mark in past seasons to the 800,000s – again, still solid – and social media engagement is not as strong as it has been in the past.

It’s not clear there is one single issue at play. It could simply be the existence of the competition as a once-a-night phenomenon is stretching the concept of a sporting league to its absolute extremes.

It could be the overlap with an off-field-news-heavy Ashes series, the first time since the league really found its place in the summer zeitgeist.

It could be the incessant advertising for Ten’s other programming (as an aside, I have never watched The Project, and if I could watch it any less than that I would after being subjected the show’s cringe worthy campaign this summer).

Here’s a theory: the BBL is deliberately straddling a line which is going to lead the competition into irrelevance sooner rather than later. The line is that which divides the ethos of the league.

Is the tournament a marketing device, centred on raising money for Cricket Australia, improving the engagement of kids in the sport, and acting as a billboard for the television network that purchases the rights? Or is it a serious competition that aspires to show the best short-form cricket in the world and deliver fans a compelling contest?

Perhaps we shouldn’t be surprised. As Gideon Haigh pointed out in a recent column in The Australian, the BBL’s new CEO delivered a pretournament address “eerily devoid of much mention of T20, and its progress in the areas of strategy, skill, athleticism and commitment generally – the things that make it watchable”.

These are not mutually exclusive concepts. But right now, Cricket Australia is robbing Peter to pay Paul, only to rob Paul to pay Peter back. It has shown in the standard of play this season.

According to statistics compiled by CA, there has been 68 dropped catches in 31 completed matches so far this season – or more than two per game. That works out to be more than one in five catching opportunities (238 catches have been taken, meaning 306 opportunities in total) created or afforded being grassed.

In last weekend’s day game between Perth and Adelaide, former Australian cricketer Andrew Symonds launched into an over-long rant about the poor quality of fielding shown throughout the tournament, noting “professional cricketers would be wanting to put on a better display than they have thus far”.

Death-over bowling has lurched from middling to downright disastrous, players unable to execute the plans set by their captains or deliver the ball with accuracy. Performances like Jofra Archer’s final over against the Adelaide Strikers in early January are the exception rather than the rule.

Batsmen unsuited to the format have been thrust into significant roles – and cost their team games. Play against spin has been flat-out bad far too frequently, and the top edge has become a genuine stroke. Captains have left fielders on the rope when defending run-a-ball targets as games get close. 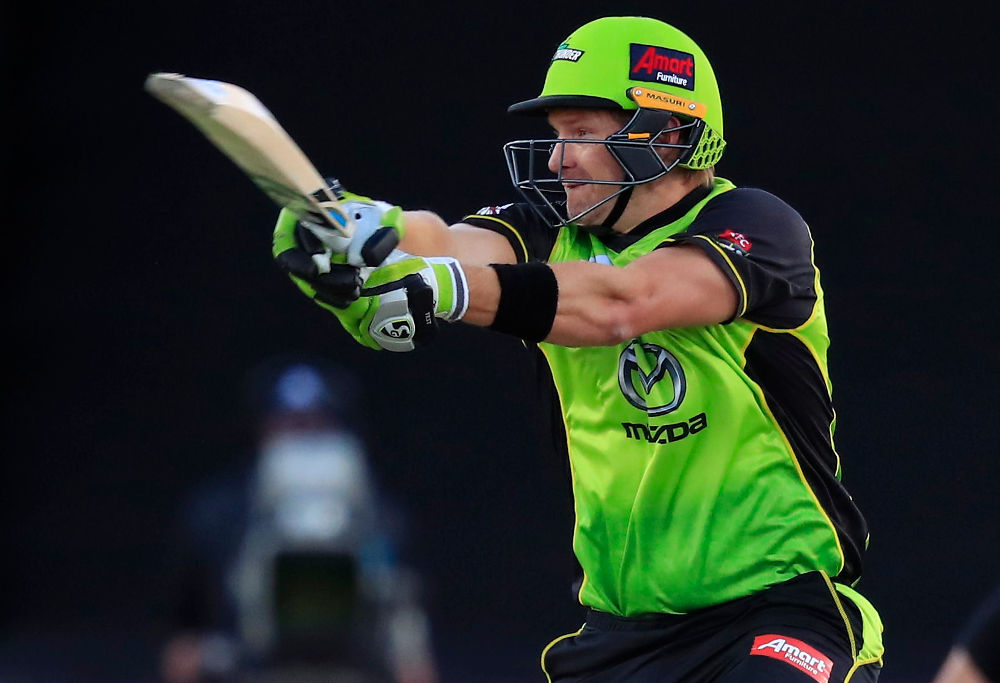 We shouldn’t be surprised. Teams are more a loose coalition of individuals, put together in a contracting window that closes months before the season and which are given a week or two to get to know each other before the tournament begins.

Topping it off, the WACA has been chastised for building its team from its state-contracted playing list, like it is somehow cheating.

And the umpiring! The umpiring. Leg before wicket calls have been blown at an impressive clip. Waist-high deliveries adjudicated with the consistency of a Sean Abbott over. Head-high wides missed with impunity, and leg-side wides called when the ball passes over the leg stump.

In their defence, CA’s insistence that the decision review system cannot be used so as to “keep the game moving” makes matters worse. Unless there is a close catch, run out or stumping, where technology can and has been used in every game to help the umpires adjudicate. And holding up the game.

But don’t dare hold up the game. Almost every captain is sitting on a strike for slow over-rates, while Adam Voges has been suspended for the BBL’s cardinal sin. The irony of this, of course, is T20 cricket is at its most engaging when it becomes a ball-by-ball proposition, and the pace of the game slows considerably.

The BBL has once again uncovered some quality home-grown talent, but bizarre scheduling has and will continue to rob some teams of their best and brightest as the season reaches its climax.

Somewhere along the line, CA decided to schedule a 39-day domestic tournament, a five-date ODI series, and six-date Twenty20 series over the top of each other, despite the ‘summer of cricket’ running from October to March. It is entirely avoidable.

At some point, the cynic in me ponders whether CA just doesn’t care about the quality of the product it is putting on, so long as it is providing 39 nights of television for the broadcaster. It doesn’t have to be this way.

CA’s short-form tournament has quickly found a place in the national conversation. It is clearly a hit with its core target market, and appeals to both broadcaster and television viewer alike.

But without improvements, the BBL risks capping out as a novelty earning a living on the transitory attention span of a sports-loving nation.

Those improvements are mostly within reach.

An immediate win would be to shift ODI and T20 cricket completely out of the BBL’s December-January window. This would end the pilfering of the best domestic talent, which is set to take place, and improve the integrity of the BBL as a competition. Test match cricket and domestic T20 have and should continue to co-exist quite happily. 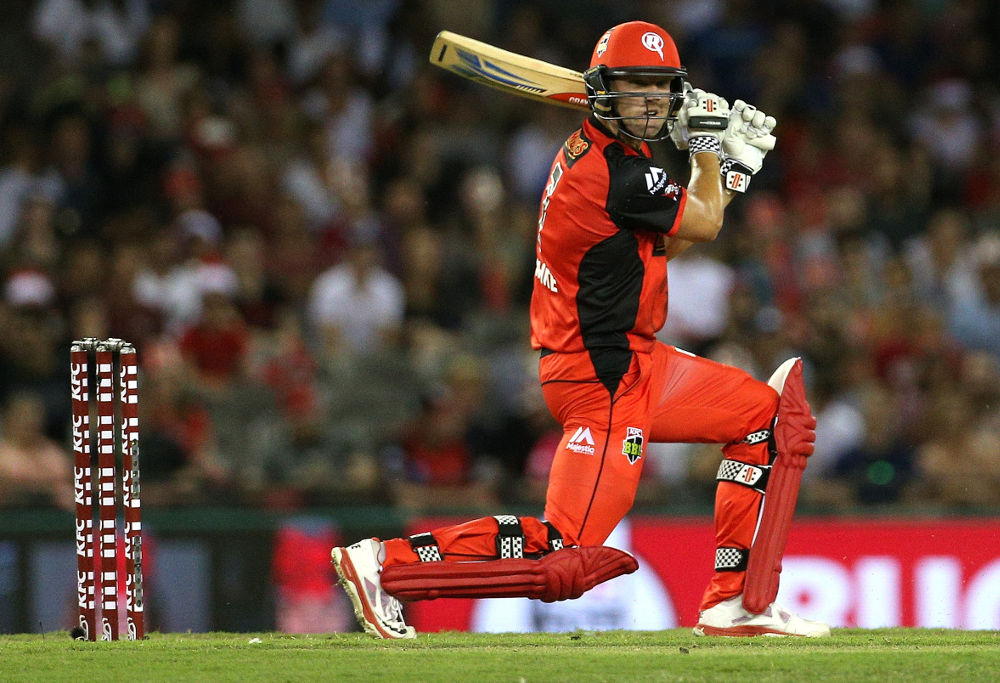 Teams should also be given additional pre-tournament preparation time, and the contracting window should be brought significantly closer to the season proper. That would help improve the quality of team formation, and allow captains more time to figure out the way their side can succeed.

Consideration should be given to increasing the international player quotient from two to three per team. The marginal quality of domestic player is not strong enough to maintain competition standards.

The DRS should be available from next season onwards. The argument for not having it is thin and increasingly irrelevant as the competition moves more into bonafide sporting league territory.

In this vein, teams should be given additional time to complete their overs, and captains should be better able to argue the case for slow over-rates.

CA should also think hard about how to structure the next broadcast agreement. Is it a requirement to have every game available on FTA? Is a game-a-night the best means of keeping engagement throughout the season?

These are questions which the administrator has the off-season to ponder as it negotiates with every broadcaster in the country.

Indeed, the advent of a new broadcast contract, for both domestic and international cricket, affords Cricket Australia an urgent opportunity to ponder a more significant question: what does it want the Big Bash League to be?