My fearless predictions for NRL season 2018

As we’re just over a week away for the 2018 NRL season kicking off, I’ve decided to be brave and foolish, and publish my tips for what the upcoming season might throw our way.

And the Premiers are
The Sydney Roosters will be hoisting the Provan-Summons Trophy come the first weekend of October.

After falling just short of the big dance last year, the Roosters recruited amazingly, having bought NSW fullback James Tedesco and the Australian halfback in Cooper Cronk. They also added some aggression in bringing back cult figure Frank Paul ‘The Wrecking Ball’ Nuuasala.

The Bondi boys will down the Cowboys in the grand final, with Luke Keary picking up the Clive Churchill Medal.

NSW to restore pride for their state!
Doubting the great Maroons Dynasty is brave and stupid, but with Johnathan Thurston and Cooper Cronk departing the side to focus on their respective club sides, Queensland will have to test a whole new halves pairing.

With the addition of Brad Filter taking over as coach, the Blues can end the three-year run of Queensland dominance and start a new chapter of success.

Two coaches to go by Round 13
Rugby league never fails to deliver drama, and by the midway mark of the season both Anthony Griffin and Stephen Kearney will be sacked.

With rumblings of player anguish and big-name stars like Matt Moylan and Bryce Cartwright already leaving the club, the pressure is on Griffin to start well and whip his Panthers team into shape – unlike their poor start to last season.

Kearney had a disappointing season first year at the helm but has no excuses this time around, with the signings of Blake Green, Tohu Harris and Peta Hiku making the Warriors look like a top-eight side.

A Pom to win the Dally M
After finishing last year third in the Dally M voting, Dragons half Gareth Widdop will finally bring back some silverware to the Gong in 2018.

With the recent signings of inspirational forward and fellow countryman James Graham, and State of Origin star Ben Hunt, Widdop finally has a team to take deep into the finals. His combination with Hunt will grow to one of the best in the league.

The Red V also finally have a ball-playing fullback in Matt Dufty, who will take some pressure off Widdop and let him play his natural game. 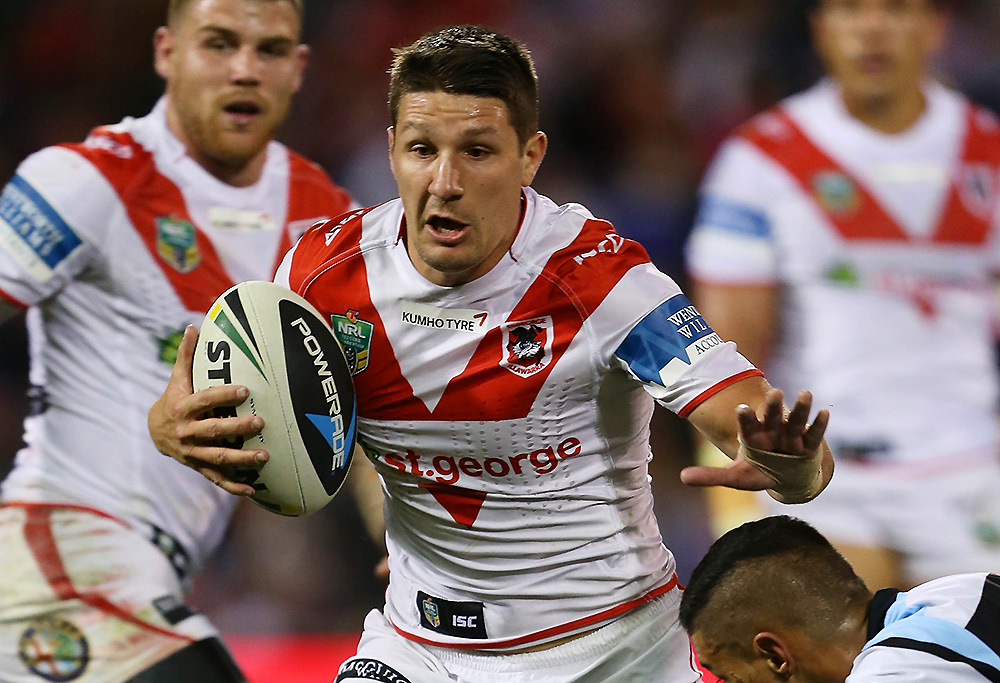 The spoon hits the Glitter Strip
This prediction was the hardest, as all teams have improved significantly, but the spoon in 2018 belongs to the Gold Coast Titans.

They have recruited well in Bryce Cartwright and Leilani Latu, and have a great young halves paring in Ash Taylor and Kane Elgey. But Garth Brennan is untried and though he will prove to be a great coach in the long term, the new structure and combinations will take time and unfortunately result in losses.

Who are the snubs and surprises?