Why Carlton fans need to remember patience is a virtue

Sporting fans are a fickle bunch, always demanding success and nothing more than 100 per cent from our athletes.

Whether they cross the white line or take their mark on the blocks wearing their national or club colours, we expect and demand nothing more than the very best.

But demanding the best and receiving less than that often leads to an outpouring of frustration, giving the chance for keyboard warriors to continually do what they do best: berate, complain and ask why they didn’t get the result they wanted or why it isn’t happening quick enough for their liking.

Patience is a virtue. This old saying reflects one’s capacity to accept, tolerate or delay problems or suffering without becoming annoyed or anxious. It’s reflective in almost everyone’s daily routines.

But this saying has also become prevalent in this AFL season, especially among one of the big Victorian clubs and their supporters, who are again beginning to lose patience and sight over the first major roadblock of a build.

For a club like Carlton the messaging is reasonably consistent: it’s a reset, a rebuild, whatever you want to call it. The club has started again from pretty much scratch.

While the pundits will look at Brendon Bolton’s coaching record at the Blues, now 13 wins and 38 losses, and say that AFL coaches don’t survive a record like his in his third year in the job, it is important to acknowledge that his job was to essentially start the club again, which he has done. 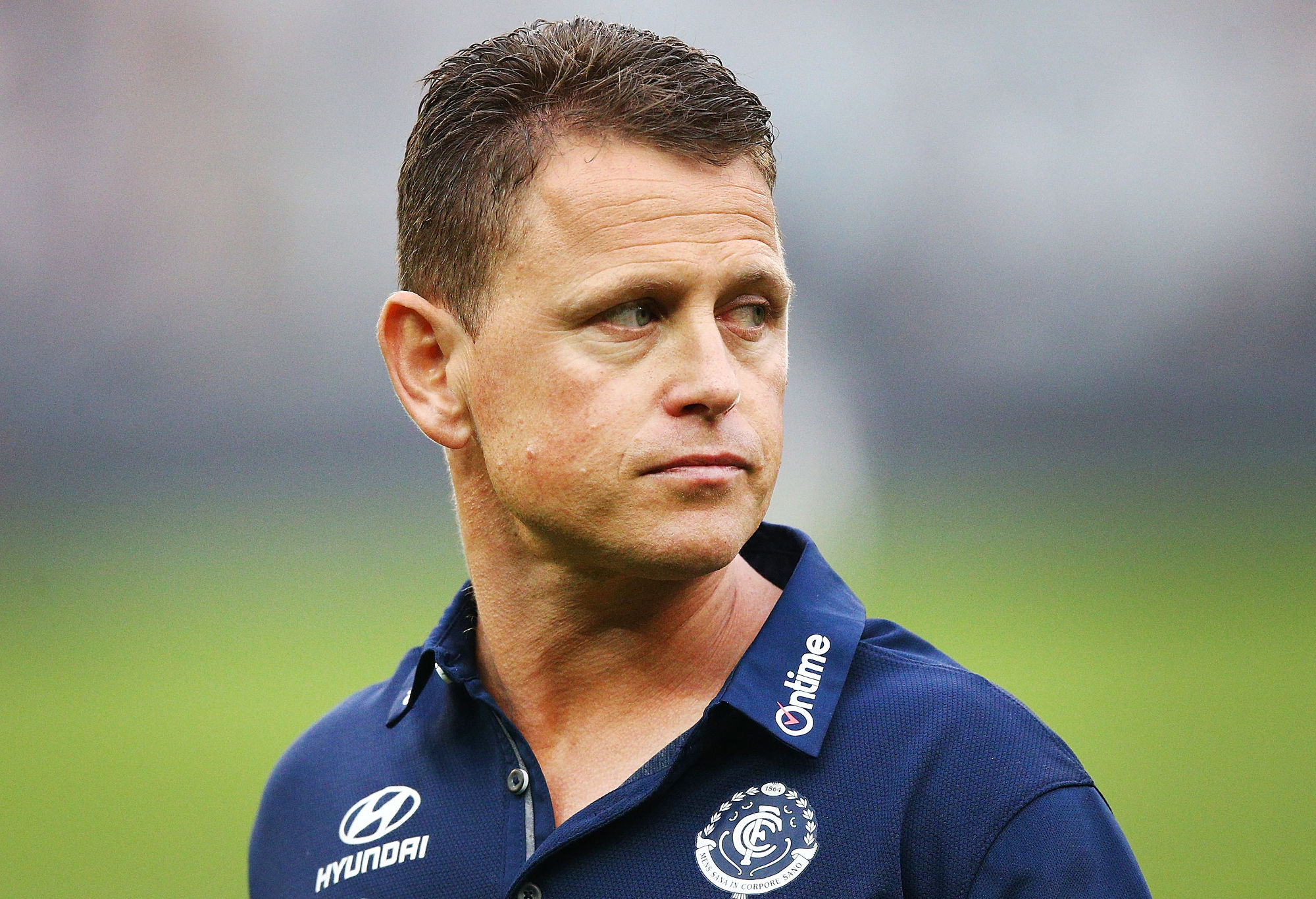 This has been demonstrated in part by their highly talked about and contentious turnover of players. The risk now for Carlton is whether they lose patience with the mounting losses and skew from the course they are on. As the debate about the game rages on, the evolution of the rebuild continues – if the previous two premiership sides along with some of the perennial top teams of recent times are a guide to the way you rebuild your club, rebuilding itself will soon be a thing of the past.

Take the Richmond model. The reigning premiership team contained four to five genuine gun, A-grade elite players: Alex Rance, Dustin Martin, Trent Cotchin, Jack Riewoldt and Kane Lambert. The rest of their team was filled by role players to serve a certain purpose and executed their roles to perfection throughout the season.

We talk a lot about how even the competition is, but the reality is that if Richmond didn’t have all of their stars playing and firing at the same time last year, would they have won the flag? Probably not. But they did, and hats off to them.

In the copycat league that the AFL is, it has set and paved a way for a rethink of how to build and structure a list.

It would seem that this is the blueprint that most clubs are taking now. In this era of equalisation and unpredictability, preparing your list appears more important than ever. As well as gaining the elite young talent through the national draft, to be able to nitpick and pinpoint a specific need in your list and go out and get the players that you need is possibly more important to building a successful list. 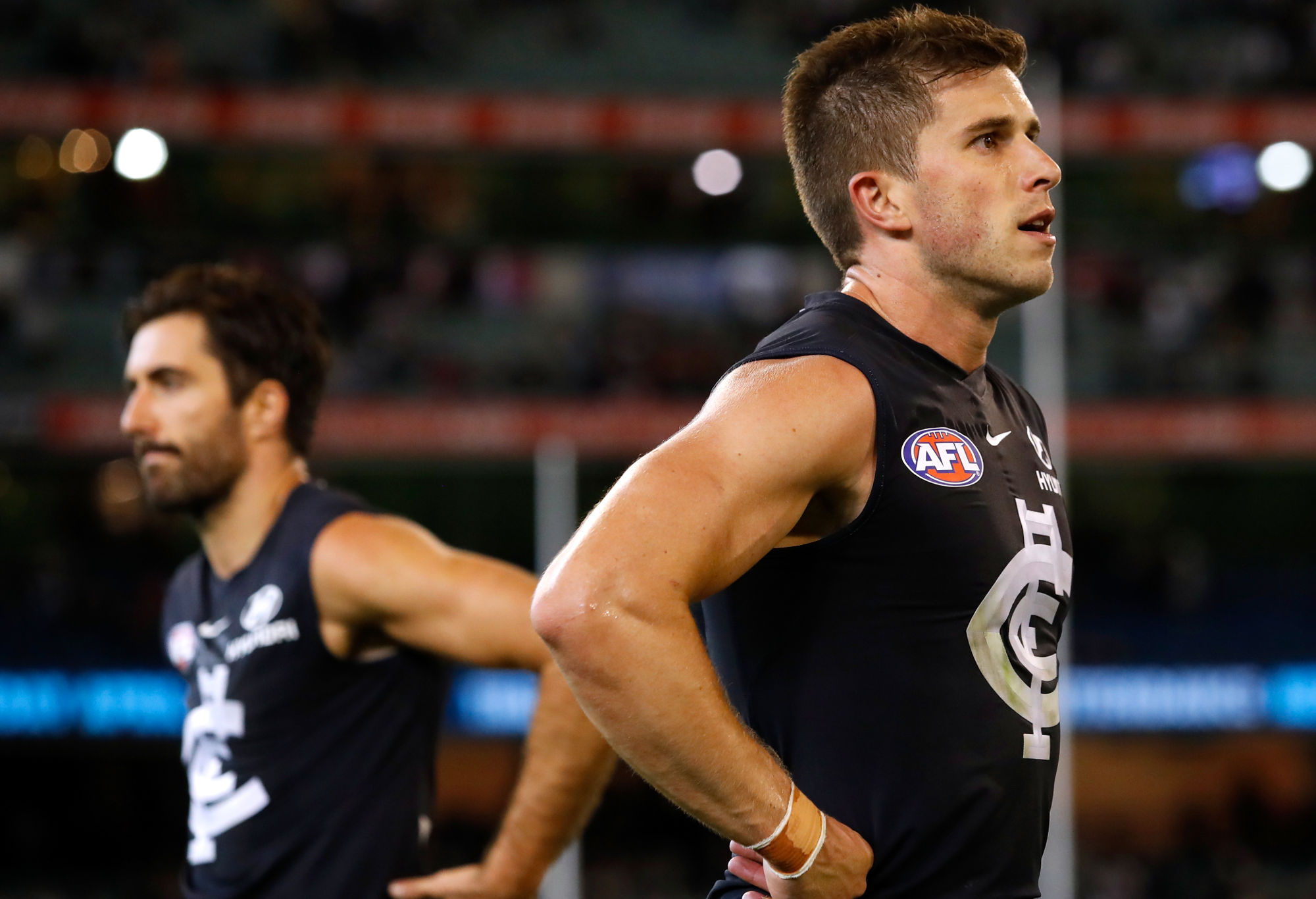 A few examples from recent years: Collingwood needed speed and class and went and got Sam Murray, Geelong identified that Andrew Mackie and Tom Lonergan were near the end and they went and got Zach Touhy, in 2013 Hawthorn identified that the difference between them winning a flag and missing out was the extra key position player down back and went and recruited Brian Lake.

Even now you are seeing clubs rebuild on the run more often than undertake a complete cleanout like St Kilda and Melbourne have done numerous times and like Carlton are doing now.

Hawthorn, Sydney and Geelong have been the masters of this on-the-run rebuild, continually rolling out new kids and undertaking smart recruiting. Essendon have attempted to do the same thing after the fallout from the supplements saga. As the game evolves, so do the different methods and mechanisms to build and rebuild your club and list.

The message to the Blues fans since day dot of Brendon Bolton’s reign is that the journey will take time. With that, the path that they have taken to rebuild the club the way that they are is the one that is right for them. 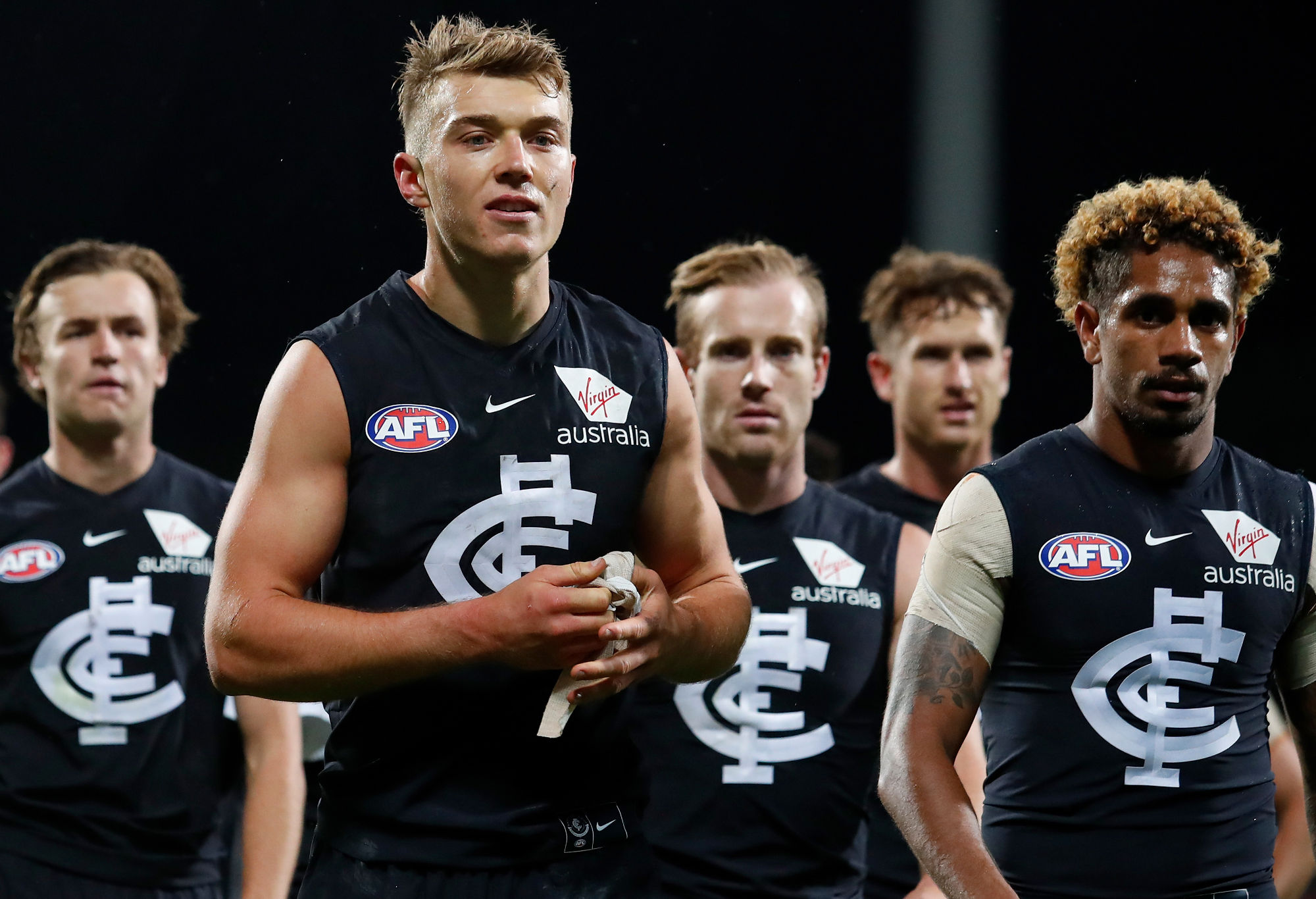 The talent is in the door, and there is plenty of it: Patrick Cripps, Charlie Curnow, Paddy Dow, Lochie O’Brien, Sam Petrevski-Seton, Harry McKay, Jacob Weitering, Caleb Marchbank, Zac Fisher, David Cunningham and many, many more.

By virtue of this rebuild they have the game time that they have got, and that should be reason enough for Carlton supporters to stay the course and rock up or tune in every week. We say it a lot, but patience is a virtue, and in many ways Carlton supporters just need to be patient in a world and a time where patience seemingly no longer exists.

Heat will come on the Blues for their 0-7 start. It’s the nature of the industry to ask the questions and for clubs to continually reassess whether they are doing things the right way. Problems arise when the clubs don’t have an idea where they are or how they are going about it.

The Blues and Bolton have been clear, consistent and adamant that the path they are taking is the right one for them and that they won’t deviate from their plan.

The question remains as to whether or not, just like they did with the draft back in the day, they have again misread the tide of the competition and will be lagging behind in pursuit of a return to the top.