Brisbane, the end is nigh

They say that it’s always darkest before the dawn and for Brisbane that’s the case in 2018.

It’s been a miserable decade for the Lions.

In the last three seasons the fans have endured the worst of it, finishing 17th back-to-back in 2015 and 2016 and last season picking up the wooden spoon despite an improved win-loss ratio from the year before.

On the surface level 2018 hasn’t been much better.

But that’s exactly what that assessment is – the surface level.

Casting aside the issues of fixturing, and the fact that to compare sides when there’s still more than 50 per cent of the season still to come is to brave uncharted waters, Brisbane has from week to week looked a much better side.

In the opening round of the season Brisbane picked up a loss at the hands of St Kilda by 25 points and went back-to-back in Round 2, losing to Melbourne by 26 points.

In the third round Brisbane produced one of its best performances yet, finding itself bested by Port Adelaide by five points in a ripping contest, and in Round 4 were punished for the energy expended against the Power – crushed by Richmond by 93 points and kicking the club’s lowest score in AFL history – just 2.5 (17).

That Round 4 loss was the low point of the season to date for the Lions.

In Round 5 Brisbane suffered its second five-point loss of the season, defeated by Gold Coast, and in Round 6 was defeated by Greater Western Sydney by 34 points.

The bad news continued in Round 7, defeated by Collingwood by just seven points, and narrowly went down in Round 8 to the Western Bulldogs by 14.

Compare this to the first eight rounds in 2017.

Brisbane started the season with an inspired win, defeating the Gold Coast by two points.

After that it was a slow descent into sporting hell – crushed by Essendon by 27 points, St Kilda by 41 points and then Richmond by 52 points.

It didn’t end there. The Western Bulldogs got in on the action, beating the Lions by 32 points, then Port Adelaide really sunk the boot in with an 83-point result.

Looking ahead, the next two matches were another South Australian brutalisation – Adelaide getting up by 80 points, and then a 45-point loss to Collingwood. 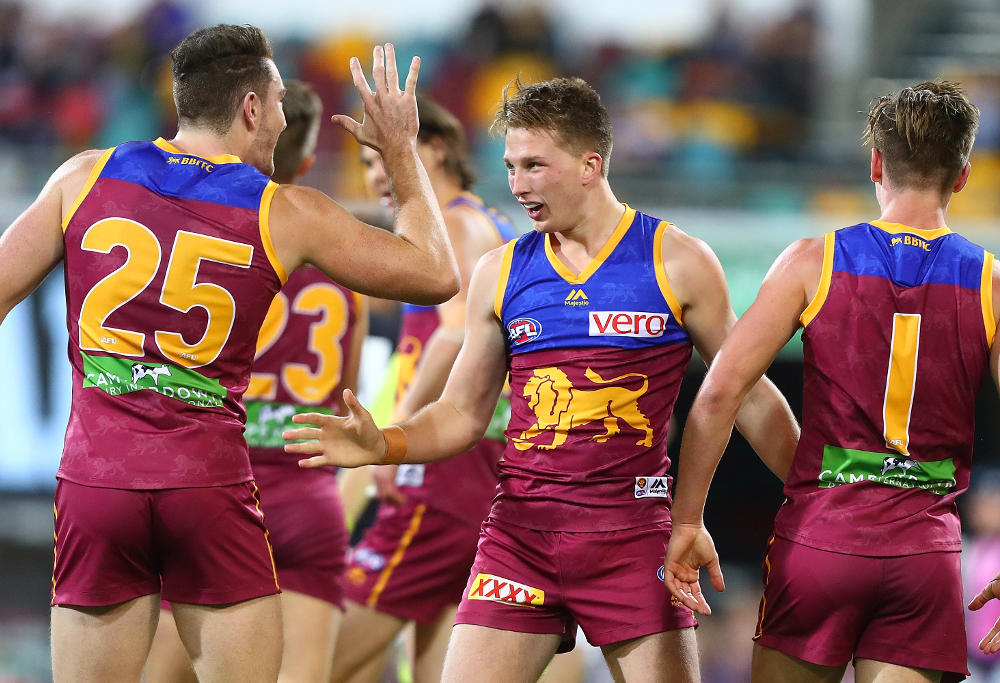 You don’t need to be Sherlock Holmes to pick up on the read I’m offering by putting these figures side by side.

Brisbane are a much improved side in 2018 despite missing out on a win so far.

The sizeable losses have been cut out of the agena just about all together and the worst of it came against Richmond – the reigning premiers and the benchmark for the competition.

The issue in the Richmond game also came in the weighting of strengths and weakness – Richmond is the competition’s best defence via Alex Rance, David Astbury and Dylan Grimes – coupled with the run of Nick Vlaustin and Bachar Houli.

Brisbane are the competition’s third worst offence with Charlie Cameron (15), Dayne Zorko (13) and Eric Hipwood (10) the only players who are regularly threatening.

It was always a recipe for disaster for the Lions – and it’s not worth reading too much into.

Brisbane has come within a single-digit reach of a win multiple times and are hanging into contests they are outclassed in for longer and longer stretches of time.

Brisbane forward line coach Jed Adock recently summed up the club’s current situation well following the loss to the Western Bulldogs in Round 8.

“It (the loss) probably felt like another missed opportunity,” Adcock said.

“Once again it was another game – we were talking about this just before – six out of eight games now we’ve been in front or within a goal in the last quarter and it’s just disappointing that we couldn’t quite finish it off and get our first win.

“It’s quite easy (to keep the players motivated) for the fact that we can see that we are so close.

“I think not only for us but the general public, we can see the growth that we’ve had in the last 12 months.

“Leigh Matthews used to talk about it, saying that once you’ve got the taste of blood, you go back for more.”

Matthews’ wisdom is spot on and there’s another player at the club who will be able bring that energy to the club – recruit Luke Hodge.

Hodge’s blood lust is well documented and while the pace of the game is quickly leaving him behind as a player, as a leader there’s no doubt he’ll be the one to get the team rolling as that first win arrives. 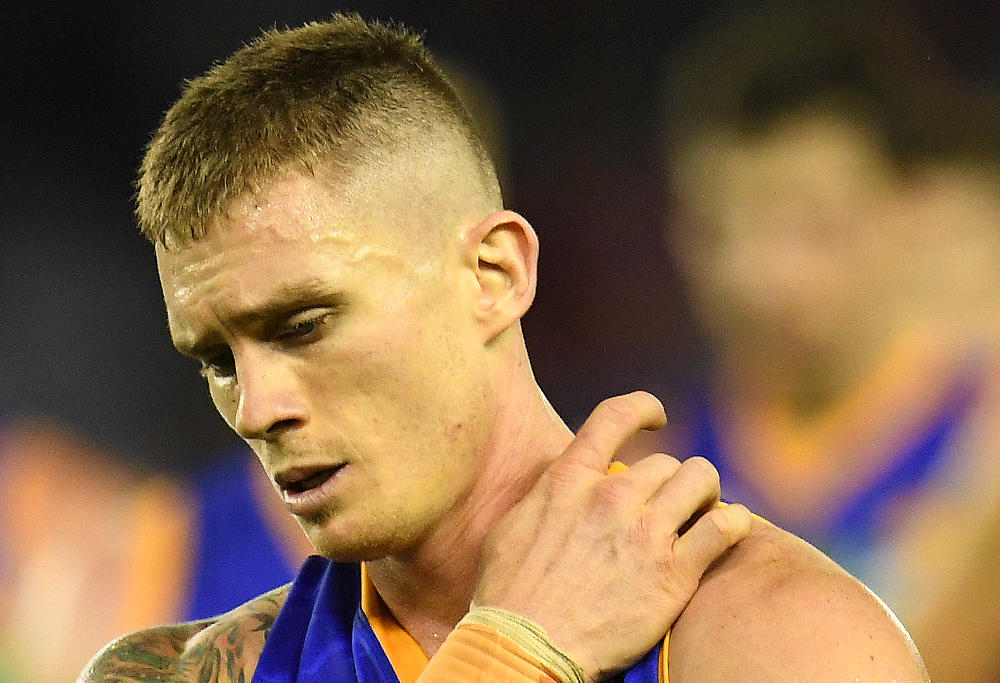 So that first win – when does it arrive for the Lions?

Brisbane’s next encounter is against Hawthorn at the Gabba this Sunday.

They follow that with a Saturday match against Sydney, also in Queensland, and then North Melbourne at Etihad Stadium and Essendon back at the Gabba.

I wouldn’t be stunned if Brisbane wins at least three of these four matches.

Brisbane should be a good foil for Hawthorn in Queensland, especially with the insight Hodge should able to offer on his former squad. Hawthorn are an improved outfit this season but a long way from bulletproof.

Up next is Sydney, a side that’s on a rollercoaster path this season and is wildly inconsistent. Without Lance Franklin anything could happen for the Lions.

North Melbourne are a similar story to Hawthorn, improved but not unshakeable by any stretch of the imagination.

Essendon are the obvious pick for a first win but it’s actually the team I’m least certain that the Lions can defeat.

Essendon has had an awful start to the season and the side will be desperate to turn up and perform against weaker sides from this point on.

Naturally Hawthorn, Sydney and North Melbourne fans will be furious at the mere suggestion that their sides could possibly drop a game to the Lions – but that’s football.

Essendon fans will be more self deprecating but hey – in this decade, Brisbane is Brisbane.

Richmond and West Coast won’t win forever and Brisbane won’t lose forever and you just have to hope that it’s not your side that they decide to turn up against.