NBL to launch crackdown on swearing in timeouts

It’s been reported that the NBL will begin issuing fines to clubs who are cuaght swearing in timeouts from this weekend.

According to The Daily Telegraph, the league will no longer accept the behaviour from coaches or players.

The decision is already attracting the ire of some on social media, with coaches and players regularly letting passion spill over when things aren’t going their way during games.

Regardless, the league will clamp down with broadcasters Fox Sports and Channel Nine regularly broadcasting timeouts as part of their match coverage this season.

While the tipping incident appears to be Brisbane Bullets’ coach Andrej Lemanis performance during their one-point loss to the New Zealand Breakers on Sunday, it’s said to have been an incident bubbling under the surface for some time, with coaches regularly letting things get carried away in timeouts. 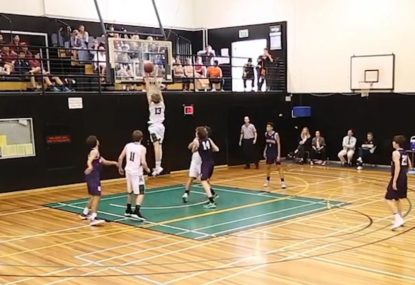 It’s not the first time we have seen swearing in live interviews or games though. The 2005 NRL grand final still is at the top of the list, when multiple Wests Tigers players swore live on TV interviews in the post-match, while the occasional F-bomb being picked up over the on-field microphones in other sports – like cricket, rugby league and AFL – is certainly part and parcel of live sports broadcasting.

It was a league initiative to begin filming timeouts, with the exception of the final two minutes of a game, and it’s thought the clubs are a little frustrated with the scrutiny from head office.

While the NBL reportedly have no problems with a display of passion from coaches, they have asked clubs to be mindful about their language and swearing on live TV.

Five rounds into the season, the NBL are again showing positive growth in crowds and TV numbers, and the last thing the league want is negative publicity.

The season continues with Round 6 tipping off on Friday as the New Zealand Breakers host reigning premiers Melbourne United in Southland.