Cheika must go, even if it means losing at the World Cup

If you Wallabies fans right now if they would rather see Michael Cheika or anyone else on the planet coach the team at the World Cup, a large percentage would choose the latter.

The latest whispers however, seem to suggest that Cheika will stay in the position.

One can only assume a lack of time before the tournament in Japan is the reason Cheika might keep the gig – a new coach wouldn’t have long enough to embed a style and culture to succeed.

If that’s Raelene Castle’s position, I actually think she’s right – Cheika remaining makes some sense. That’s the traditional course of action in these moments. Not enough time to replace the guy, so you signal a vote of confidence in the coach to rid the speculation. Everyone involved is allowed then to just get on with the job of winning rugby games.

It’s what you do. Would anyone be surprised if Rugby Australia announced they had extended Cheika to 2021, with a hidden clause that they could oust him post-World Cup?

Then if you go well, you keep the coach and the board gets to say they always knew they would turn it around. If it goes the other way, you replace the coach and say you gave them every opportunity to succeed and how you’re an organisation that doesn’t give up on its people in times of strife.

Problem being, rugby in Australia can’t cope with 12 more months of this regime.

Australia has perhaps the most unique rugby community in the world, top to bottom, in this regard. Everything flows from the national team.

When the Wallabies are winning, Australian rugby as a whole thrives. You could say that’s the same everywhere, but it’s the famine and the feast that only seems to happen in Australia.

Rugby is a way of life in some countries, as it is here too, just for a smaller proportion of the population.

The rest of Australia just loves sport and winning. Right now, the stench surrounding the Wallabies is becoming too much to take, and you can bet the Super Rugby clubs are going to feel a hit when the season kicks off in February. 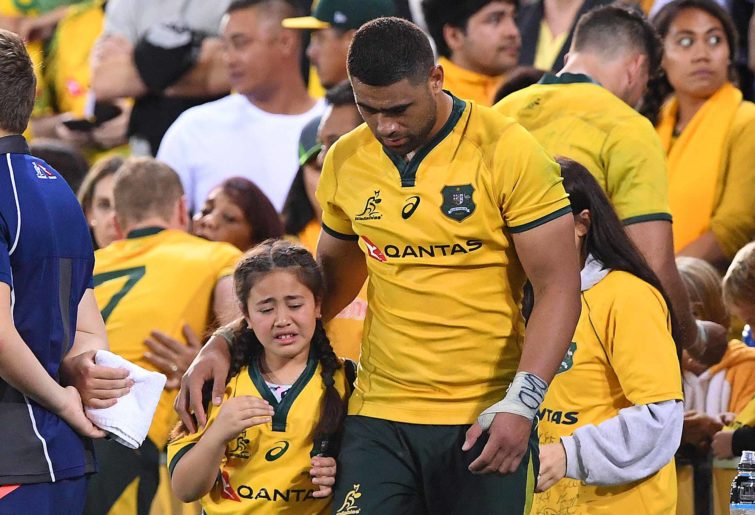 That leaves RA between a rock and a hard place. Stick with Cheika because it’s not likely that they can find someone who can turn this thing around with little or no games to prepare, and deal with the cloud of negativity which currently has rugby union in the darkness?

Or change the coach, knowing there’s a huge chance we won’t compete at the World Cup.

It sounds counterintuitive to how winning is the only thing that matters to rugby fans here, but I’d rather lose at the World Cup with a new coach and some fresh talent than keep things the way they are and hope for a miracle.

I think rugby fans agree. They just want things to change. If Jordan Petaia plays in Japan with a new coach at the helm, that’s something to be excited about. Imagine Super Rugby next year – we could be watching every week thinking about all the new players who could break into the squad, not sitting there knowing exactly who and what they’re going to see in Japan.

It might drive the casual fan further away: “Aww the Wallabies suck, who cares I’m not watching anymore.”

But rugby shouldn’t be focusing on those people right now.

Grow the game locally, but get rugby fans excited and the rest will follow.

Stick with Cheika, and the next 12 months could get even worse. A vague idea of a miracle showing at the World Cup will not be enough to get fans back onside.

Make the change, and we can start looking forward, to 2019 and beyond.