Why the AFL is secretly nervous about season 2019

It’s the eve of a brand new season.

A time of year when everyone’s moods are getting lifted with the feeling that footy is returning to our lives and for the next 25 weeks or so, we ride the emotional roller coaster based on our teams’ performances on the weekend.

Somewhere in AFL House in Docklands, Gillon McLachlan is taking a deep breath and taking it all in before Thursday night.

He knows that it is an important year for the code.

The lingering ‘state of the game’ debate, inconsistencies with the match review panel, crowd violence problems and other issues that should have been rectified many a year ago have all left a stain on this season in some way.

When all is said and done, the AFL be looking at season 2018 – grand final aside – and realise that they will want it back pretty quickly.

The head honchos at the AFL should be nervous.

Season 2019 signals a year of change.

A year where new rules and interpretations will be at the forefront of the discussion from week to week as we continue to wrap our heads around the new ways that the game is played.

They’ve been unpacked, dissected and analysed within an inch of their lives, and that is only off the back of 18 JLT Series games.

While we’re all salivating at the idea of seeing Patrick Cripps or Dustin Martin or Nat Fyfe bursting out of the centre with so much space around them they can go for a little dance with the ball, there are causes for concern and reasons to be nervous for the AFL as the jury is out as to whether or not the adjustments will be beneficial to the overall product. 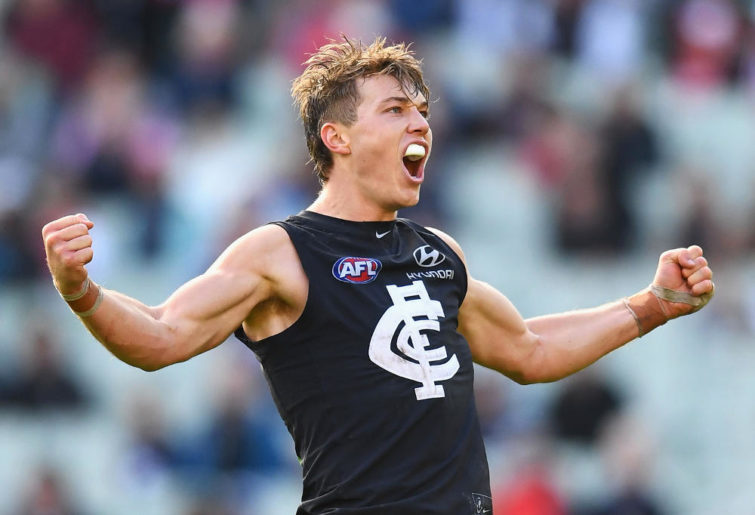 The most contentious thing about these new rules – or game adjustments as head office likes to call them – is that most of the new rules are interpretation-based.

A step out a starting position can mean a ball being in dispute to suddenly deep in your attacking or defensive half.

There is wiggle room for good teams and clever players to exploit these holes, which is something that the AFL would certainly be mindful of as we head into the year.

Aside from the rules come some of the uncontrollables that the AFL cannot manage from head office.

There are teams that are still struggling.

There are clubs that are still in mountains of debt and cannot afford another year in the red.

There are teams that the AFL have helped prop up and given hand-outs to in recent years.

The AFL will be looking to see those clubs improve and not let the gap widen. If they say equalisation is the key, then this is one of the factors that the AFL will be most worried about.

The rule changes and starting positions at centre bounces have the ability to create some really exciting tussles with momentum swings.

On the flip side, it also creates room for there to be blow-outs in games. And big ones.

While it might not be the main goal of the Commission to even-up every contest, there will be some games this year that get ugly. Really ugly.

Once a part-time competition, the AFL has become this powerful juggernaut of industry all over Australia.

It’s the juggernaut that has seen the AFL steamroll many other mainstream sports and other footballing codes. The AFL virtually has a monopoly over the entire winter months of the sporting calendar.

It is a true sporting leader, which has created many different new opportunities to connect people far and wide with the game.

However, it would seem that the AFL has an obsession with appeasing themselves before their players and fans.

The competition HQ has become obsessed with change.

Lifetime free agency, rules of the game on the field, restricting the use and ability of support staff, supplementary player rules and too many others to list have seen this league grow to the point where they are becoming something that isn’t themselves.

Stop trying to Americanize our game. Stop trying to ensure that teams post cricket scores each round because players and coaches are much smarter than that.

Gillon McLachlan, Steve Hocking, James Podsiadly and David Rath have done a mountain of work in trying to create the best possible version of the game.

On the eve of the season there would no doubt be sleepless nights ahead because we know as well as anyone, this league never admits to making a blue and fronting up to their mistakes.

Season 2018 was a year that the AFL will probably want back and would be hoping to God that 2019 is one for the ages from start to finish.