Have the Waratahs learnt nothing from their loss against the Sunwolves?

The way the Waratahs are resting their key players has already hurt their finals chances, and it doesn’t look like anything’s going to change soon.

Resting star players for the upcoming World Cup is an unavoidable challenge for Super Rugby teams, but NSW don’t seem to understand the ideal time and place to make those rotations.

Trying to beat an inferior team without the strongest possible squad is not the smartest approach. It is more effective to integrate your back-ups and test their ability in probable losses.

Just compare how the Waratahs and Rebels have gone about spelling their Wallabies.

The Waratahs rested Bernard Foley, Adam Ashley-Cooper and Jack Dempsey against the Sunwolves last week, with Mack Mason and Michael Wells coming into the XV. It backfired in a 31-29 loss, an especially heart-wrenching outcome considering that these teams are in the same conference.

Making this move against the Sunwolves might have seemed to be the safest bet, since the Waratahs fully expected to beat them without their Wallabies trio.

But that was a poor assumption, considering NSW only beat the Japanese franchise by a point in their previous encounter. They Moondogs had also won their first ever away game earlier in the season against the Chiefs.

The Rebels, on the other hand, rested four key players against the Sharks in Round 6: Will Genia, Marika Koroibete, Adam Coleman and Isi Naisarani.

Melbourne have never won a game in South Africa and were unlikely to beat the Sharks in Durban. They sacrificed a game they were probably going to lose anyway to the rotation policy, giving themselves the best chance of getting the most out of must-win games later in the season – like their victory against the Reds in Brisbane last Saturday.

Surprise, surprise, the Rebels now find themselves on top of the Australian conference. 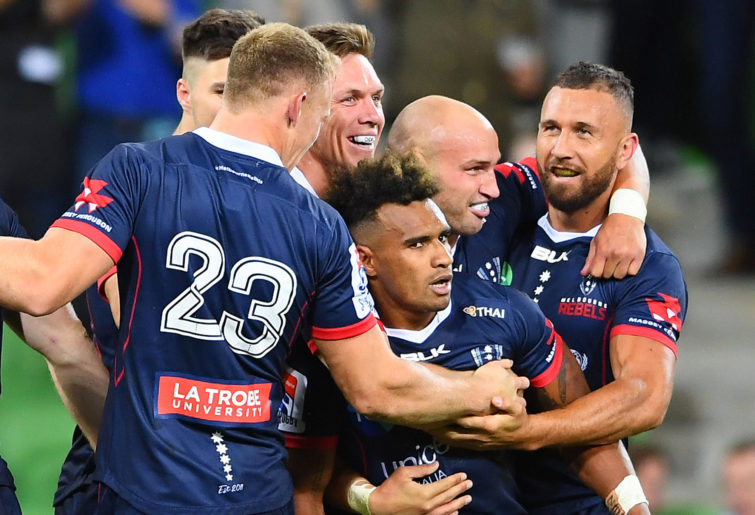 The Waratahs haven’t learnt their lesson, as they have just announced they will rest captain Michael Hooper and bench Kurtley Beale against the Blues in New Zealand this weekend.

The Auckland franchise currently have the same record (3-3) as the Waratahs and both teams are in a fight for the last five finals position.

This match precedes a bye for the Tahs, before a crucial fixture against the Rebels. Coach Daryl Gibson says it’s the ideal time to give Hooper a spell because of just that, allowing the skipper to have two weeks off before the Rebels match.

“We saw that as an opportunity heading into our bye that he gets two weeks [off],” Gibson said today.

But surely the week off provided by the bye is enough of a rest for Hooper.

They might be the weakest side across the ditch, but NSW simply cannot afford to treat the Blues lightly. They need a solid win against to make up for the disaster against the Sunwolves, but that’s been made all the more difficult by resting Michael Hooper.