Super Rugby team of the week: Round 14

An amazing round of Super Rugby that saw the Jaguares jubilant, the Stormers stun the Crusaders, the Bulls victorious and a great weekend for South African rugby.

15. Emiliano Boffelli
He made 100 metres and was always a threat for the Argentine outfit.

14. Caleb Clare
He was great for the Blues in their important win over the Chiefs. Excellent in defence and handy in attack as well.

13. Braydon Ennor
He continues his eye-catching campaign. He scored one try and nearly set up another were it not for the television match official.

12. Samu Kerevi
He captained his side well even though they went down to the Tahs. A tackle-busting machine who helped get his team on the front foot at Suncorp. 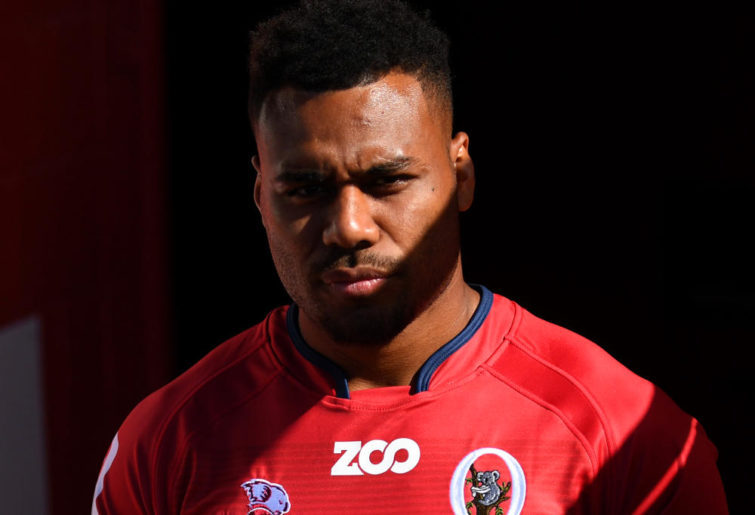 11. Rosko Specman
He bagged a brace against the Rebels in a dynamite display. Specman showed smarts and speed in Melbourne. Ramiro Moyano was also electric for the Jags.

10. Handre Polland
He marshalled his troops well in the surprise Bulls win. He kicked three conversions and two penalties in the great 32-17 result. Bernard Foley and Elton Jantjies also had some very nice touches for their sides.

9. Tomas Cubelli
He was effective in the Jags stunning victory. Cubelli provided excellent service to his No. 10, Joaquin Diaz Bonilla. Nick Phipps also caught the eye at times.

8. Michael Wells
He crossed twice for the Tahs in their derby result against the Reds. The 26-year-old doesn’t have much Super Rugby experience but he was jolly on the spot this weekend. A toss-up as Kwagga Smith was also brilliant for the Lions.

7. Pieter-Steph du Toit
He was outstanding for the Stormers, laying the foundation for his side in their epic draw. He didn’t shirk his duties against a talented Crusaders pack.

6. Dalton Papalii
He put on a stormer against the Chiefs. Bullied them with some tough carries.

5. Tom Franklin
He crossed for a try and made a nuisance of himself despite the Highlanders going down.

4. Sam Whitelock
The Crusaders lock got his hands dirty and offered plenty against the Stormers.

3. Sekope Kepu
He rolled back the years with a big performance and pulled off some big hits in D.

2. Malcolm Marx
He makes the team of week again after another great display for the Lions. He’s having a sensational season.

1. Alex Hodgman
He came up trumps in a real dogfight at Eden Park. The prop was formidable in the scrum and prodigious in the lineout.