A European Super League would destroy football as we know it

We’ve just witnessed the greatest season in the UEFA Champions League in recent memory, even if Sunday morning’s final failed to live up to expectations.

Congratulations to Liverpool, manager Jurgen Klopp and of course the thousands of Reds supporters who call Australia home.

As a neutral fan watching the decider, it was nice to see Liverpool get the job done in Madrid after the disappointment of losing last year’s final in Kiev.

They could hardly have got off to a more fortunate start at the Wanda Metropolitano after Spurs midfielder Moussa Sissoko was adjudged to have handled Sadio Mane’s cross with less than 30 seconds on the clock.

Was it a penalty? Sissoko’s arm was clearly well away from his body.

Hugo Lloris actually went close to saving Mohamed Salah’s spot kick as well, but the pace of Salah’s penalty ended up beating Lloris through the air.

And after that, not a whole lot happened.

Lloris tipped over a rasping Andy Robertson drive and James Milner dragged a left-footed strike the wrong side of the post, but on the whole it was another one of those European nights where both teams played as if terrified to lose.

Which is a shame, because the two semi-finals produced some of the most dramatic football we’ve witnessed in years.

But it wasn’t until the 80th minute that Tottenham really tested Reds goalkeeper Alisson as he stretched to keep out a stinging effort from Son Heung-min.

And the Brazilian shot-stopper did well to palm away a curling Christian Eriksen free kick with just over five minutes left on the clock.

What a difference a year makes.

Where the gone and swiftly forgotten Loris Karius cut such a disconsolate figure in last year’s decider against Real Madrid, this time around Alisson was a colossus between the posts for the Reds.

And when Divock Origi angled his low drive into the far corner, it signalled the start of the celebrations as Liverpool notched their sixth European Cup crown. 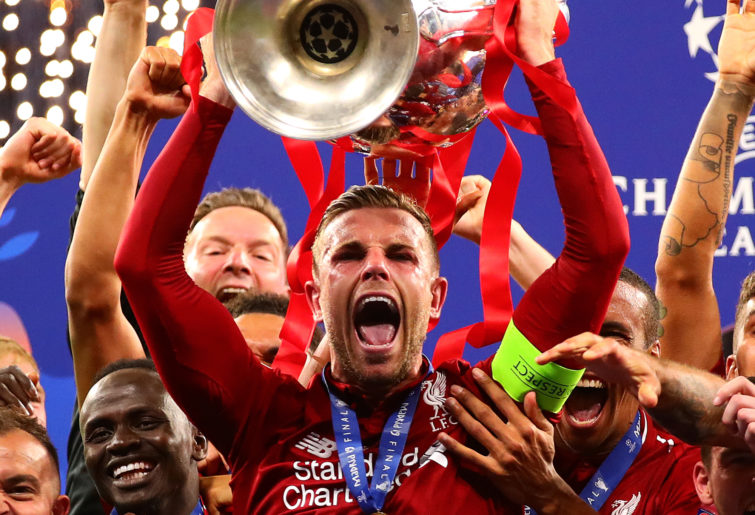 This one was a little bit different to the first few editions.

Just like their win over Milan in 2005, Liverpool didn’t enter this season’s UEFA Champions League as the reigning champions of England.

It’s been 26 years since the old European Cup was rebranded the UEFA Champions League, and just over two decades since more than just league title-winners were allowed to enter the competition.

The Champions League in its current form is one of the most lucrative sporting events in the world. It’s also the pinnacle of football.

Where once the FIFA World Cup was the best place to see the world’s finest players go head to head, the Champions League surpassed it long ago.

But the alleged plans of some of Europe’s biggest clubs – including Liverpool – to break away from UEFA and form their own European Super League will be the straw that breaks the camel’s back.

It seems almost inconceivable to think that some of Europe’s most storied clubs actually believe this is what fans want, until you realise what’s driving them.

As if it wasn’t bad enough that clubs like Juventus, Paris Saint-Germain and Celtic and have used Champions League broadcast money to monopolise their own domestic leagues, now a select group of self-appointed big clubs want to get even richer still.

How much is enough? If we wanted to watch the exact same clubs go around season after season, we could simply tune into the A-League.

And a European Super League will destroy the very essence of what made Liverpool’s win over Tottenham so special in the first place.

Football fans follow the game to watch their team win on the park, not on some balance sheet.

Clubs should try and remember that before they hand over total control of the game to the accountants.