The NRL is expanding… to Brisbane!

Finally, after years of talk, false starts and fake news, we’re getting some concrete action on expanding the NRL.

After all, the NRL outlined in their 2018-2022 strategic plan that they want more clubs ready to go in time for the next TV rights deal in 2023.

In the NRL’s public releases on expansion they’ve mentioned potential opportunities for clubs from Perth, Papua New Guinea, Fiji, New Zealand and Cairns to build pathways to the NRL.

So when reports landed this week that ARL Commission Chair Peter Beattie had kicked off discussions about a potential 17th team with major stakeholders and broadcasters Channel Nine and Fox Sports, I was keen to find out where we were heading.

And we’re heading to the same place we seem to be every Thursday and Friday night – Brisbane!

It’s time to split the Broncos market and get a bit of local rivalry in there. Fair enough. The money probably adds up right too. More on that later.

There’s also the number 17. Having 17 teams doesn’t make sense. A team on a bye every week is suburban league stuff. The NRL needs 18 teams, and if the 17th is going to be Brisbane junior, the 18th must be based in Perth and they must join the league at the same time.

Arguments against re-establishing a team out west just don’t hold water. The game needs something new, a circuit breaker that shows the older clubs how new approaches can be used and to shame those Sydney fans who don’t bother getting out to a game.

Personally, I think one of the NRL’s biggest strategic blunders in recent years was not jumping into a plane the instant it was announced that Super Rugby were canning the Western Force in 2017.

Even just announcing a scoping study. Checking the temperature of the area for a rugby league return. But we heard nothing, and we still hear nothing about a Western Australian setup.

You don’t think Perth is interested in rugby league? You are wrong. Dead wrong.

Next weekend Perth Stadium will hold around 65,000 people for Origin. Just under 40,000 turned up for the season opening double header in 2018.

Perth Oval (currently known as HBF Park) can hold 20,500 and has hosted 15 NRL games and two World Cup games, with an average attendance of almost 14,500 people.

Perth Oval is a perfect boutique stadium for rectangular games. Setup costs would be minimal for infrastructure and in any event, a promised rugby league team might lead to some of that sweet, sweet public money to pay for upgrades.

Win, lose or draw, West Australians go to watch their teams. They’re passionate about the Perth Scorchers in the Big Bash cricket, the Wildcats in the NBL, the Perth Heat in the Australian Baseball League, Perth Glory in the A-League and W-League, the West Coast Fever in the Super Netball…

Not to mention the AFL’s reigning premier, the West Coast Eagles.

West Australians show up and they get behind their teams. Usually, that support leads to success on the field, court, diamond, wherever.

When the Western Reds and Perth Reds playing in the ARL and Super League from 1995-97, they compiled a mediocre 24-37 record but still got home crowds averaging over 10,000, the equal of anything currently turning out in Sydney.

The NRL also need to realise that fans can smell a sales job these days like never before. They know when they’re getting spun. Any new club in Western Australia or Brisbane simply must be an organic build from the ground up with input from the community.

Relocating a failed and broke interstate club, moving a club by offering incentives or thrusting an existing local team into the national competition is completely the wrong approach.

Growing a club takes commitment, patience and cash. Lots of cash. The NRL may have the dollars, but would they stay the course if things get tough? They have to.

The TV deal won’t give them any options. They’ll have to tip in millions upon millions keep new clubs viable, much like they’ve propped the Titans and numerous other clubs up behind the scenes. 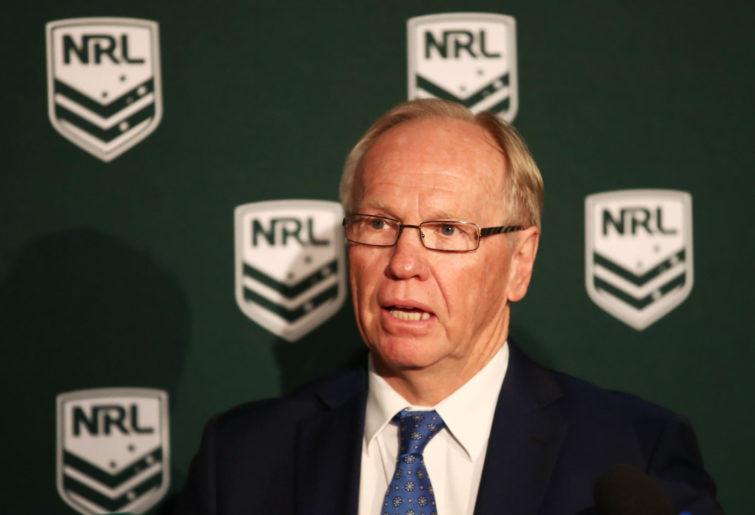 Peter ‘Block-Rockin’ Beattie was in favour of expansion, then he wasn’t. How does he feel now? (Photo by Matt King/Getty Images)

That would likely mean less cash handouts for existing clubs but let’s be honest, they should be functioning properly anyway. They’ve had long enough to set down roots.

Last year’s decision on expanding the A-League included bids from groups in Canberra, Wollongong, Ipswich, and Dandenong in Melbourne’s outer suburbs. What wasn’t so widely known was that the League’s broadcast deal with Fox Sports would only support expansion if the new teams came from Sydney and Melbourne.

That’s why we ended up with Macarthur FC in Sydney and Melbourne’s Western United FC, who at the time of their bid being approved didn’t actually have an agreement in place to play home games anywhere.

Neither of those teams are likely to garner mass support and they’re diluting an already segmented marketplace… But they’re in Sydney and Melbourne.

The point here is that like it or not, the broadcaster has 95 per cent of the say in where expansion happens. The NRL is beholden to the cash and their ability to make their own decision on where expansion should happen is very much compromised.

Sports broadcasters don’t do ‘feel good’. They want more eyes on screens and that only comes from big markets, not regional towns who may have the passion and local support, but won’t be watched by people in Sydney and Melbourne.

Beattie admitted it himself recently to the Courier-Mail newspaper: “The bottom line is Fox Sports and Nine aren’t running a charity, they have to work out how does extra teams bring in revenue and is it good for the broadcasters?”

That’s why a second Brisbane side will happen first. A game every week at Suncorp Stadium (most probably on a Friday night), more TV ratings, more corporate involvement and a good old fashioned local derby twice a year and hopefully in the finals.

That’s not a bad thing.