Brennan had to go, but the Titans' problems run deeper than the coach

On Sunday, Garth Brennan was sacked as Gold Coast coach after the Titans’ insipid 24-2 loss to Penrith on Friday.

There have already been whispers about who Brennan’s replacement may be – perhaps Kevin Walters or Mal Meninga. I question both these appointments.

Just because a coach is good at a representative level, it doesn’t mean they will have success at a club level.

I have seen nothing from Kevin Walters that suggests he is the man to take the Gold Coast Titans from pretenders to contenders. Were Queensland particularly well coached throughout this State of Origin series?

And while Mal Meninga may be the man to instil culture, discipline and a sense of belonging into a team, is he a man who has enough strategic vision to change a club? 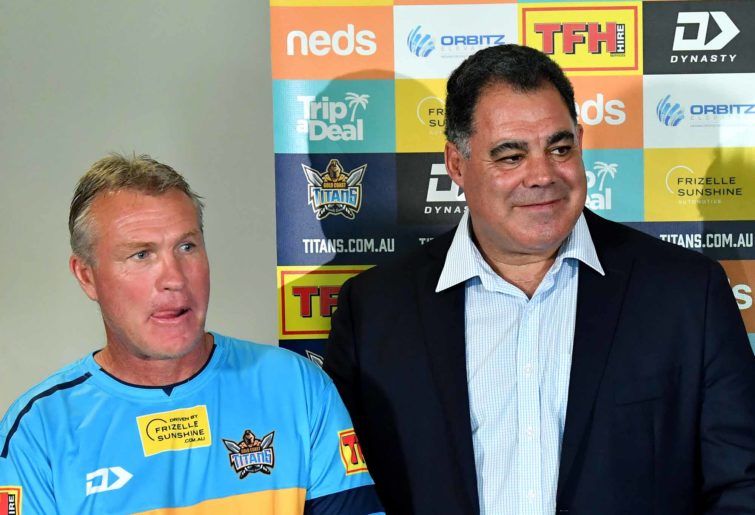 Mal Meninga isn’t cut out to replace Garth Brennan at the helm of the Titans. (AAP Image/Darren England)

But the problem at the Gold Coast Titans is far wider than simply their coach.

If I were running the Titans, I would be tempted to shut up shop and start again.

The biggest problem with the club is a lack of identity or, if they have an identity, it’s the wrong one for the region that the Titans represent.

A hot topic for NRL fans and the administration of our game is expansion. Throughout the year, there has been talk of a second Brisbane team. Brisbane is not the Gold Coast, but if there is a push for a second club in Brisbane, that tells me there is plenty of talent in Queensland.

My question is why don’t the Titans have a careful think about their recruitment and focus on players from their local area?

Look at some of their recruits in recent years. Shannon Boyd on big money (why, I’m not sure), Ryley Jacks (who has lost some of his Melbourne Storm sparkle) and the disaster that has been Tyrone Peachey. 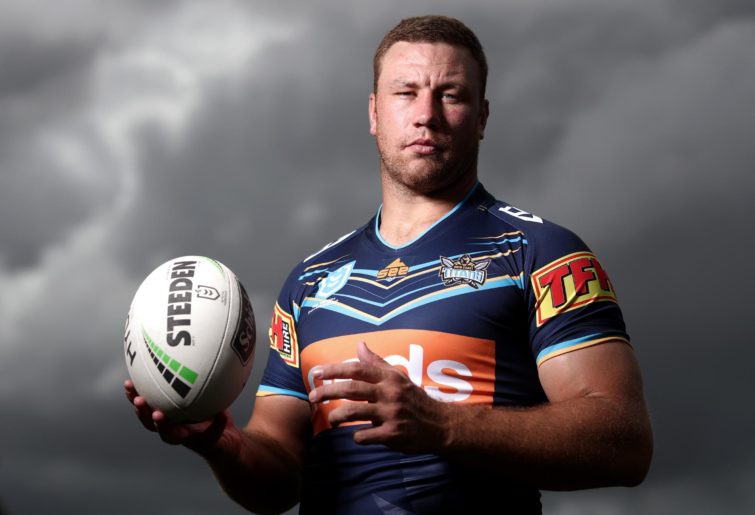 Many have felt some sympathy for the Titans regarding Peachey, but the reality was Peachey made it very clear that he did not want to play for the Titans. If a player outright says that they do not want to come to your club, I wonder why the Titans insisted on going ahead with it.

This is especially the case given that the Titans have one of the best rugby league junior nurseries within their grasp at Keebra Park, which is in the Gold Coast suburb of Southport.

Think of some of the players who have come out of that school to play for other clubs – particularly the Broncos, who have pilfered that production line – like David Fifita, Payne Haas and Tautau Moga.

Some of the Titans’ best performers have come from that school, including Jai Arrow, Alex Brimson and Tyrone Roberts. That suggests this is a school that the Titans should focus more on.

The club should embrace that they are a team from Queensland. Consider their colours: light blue, gold, white and navy.

On the face of it, this might not seem like a big deal. But remember, the Titans are meant to represent Queensland. The arch enemies of Queenslanders are New South Welshmen. The colours of New South Wales are blue, so why is a Queensland team wearing blue?

Perhaps a more appropriate suite of colours for the Titans would have been red?

The finish of the 2019 season is going to be a close one. We have an exceptionally congested ladder and almost any team can make the finals. The only teams I’m ruling out at this stage are the Bulldogs and the Titans.

The Gold Coast have made the right decision to get rid of their coach, because after watching their performance against Penrith on Friday night, things can’t get much worse.