What the Ireland vs England Test match means to me

If I had grown up in Northern Ireland, the land of my parents and ancestors, I probably wouldn’t have been a cricket tragic.

I would have been exposed to it, of course. I’d have seen a little bit of England on TV. Played a little at school or in the street, as my father did.

I’m sure Ireland’s victories over Pakistan in 2007 and England in 2011 would have shown up on my radar – as a blip, nothing more.

Cricket remains a minority sport on both sides of the Irish border. Like netball or hockey, it is universally recognised but mostly only appreciated by those who actually play it.

Cricket has nowhere near the mass appeal of football, rugby or gaelic. If Ireland sneak a win against England in the Lord’s Test, which begins tomorrow, I can’t imagine there will be wild celebrations on the streets of Belfast or Dublin.

No, I have two things to thank for my love of cricket. First is my Australian upbringing.

Having lived in Melbourne between the age of five and 23, it was impossible to avoid cricket. It is on TV seemingly all day everyday during the Australian summer – if not in our house, then at least in every shop window.

We played frequently at school, with all those glorious Australian backyard rules like ‘auto-wickey’ and ‘tippany-wicket’.

The second reason for my love of the game is one which may cause both Australian and (at least some) Irish lips to curl. You see, when I really fell in love with cricket – not as background noise but as a true passion – it was England I fell for.

The Australian teams of my youth had always seemed arrogant, noisy and vaguely vicious. Brilliant but brutal and utterly relentless.

Poor old England were perennial underdogs, a little stiff and old worldish. I suppose it was easy for me to identify with them. When they won the Ashes so brilliantly in 2010-11, Alastair Cook – slow, gentle, patient Cook – became my most enduring sporting hero. 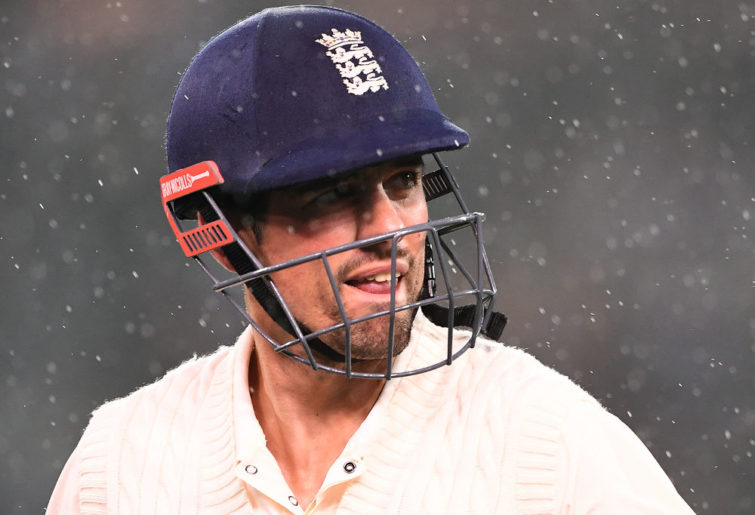 So what about Ireland? Cricket in Ireland, particularly in the South, has worked hard to shed itself of an Anglophile image. For generations, it was discriminated against by the Gaelic Athletic Association, and by many ordinary people, as a ‘foreign sport’, played only by Protestants, posh Dubliners and ‘West Brits’.

This is not much of an issue for me. As a Northern Irish Protestant, I’ve always seen the English as fellow Britons, rather than foreigners. I’ve always been something of an Anglophile anyway.

I grew up with English literature, English TV, English friends. I ended up studying English history and living in England for a time. On some weird instinctive level, I just like England.

This doesn’t mean my loyalties will be split at Lord’s. I’ll always go for All Ireland or Northern Ireland against anyone in any sport. And I have followed Ireland’s meteoric rise to Test status with rapt attention for 12 years.

The victory over Pakistan was a complete surprise. “Wait, we play cricket?” The victory over England was a miracle. But since those glorious days, there have been years of hard work, of grafting through seemingly endless associate matches, of building a first-class provincial structure from scratch.

I have followed it all.

At last, in 2017, we were granted Test status by the ICC, and in May 2018 we reached the pinnacle of the sport. I managed to make it all the way to Dublin for the first day of Ireland’s first-ever Test. It was rained off. My life. (To be fair, they did manage to make a game of it, and even ran Pakistan admirably close.)

Now here we are, a Test against England at the Home of Cricket.

For England, it’s a warm-up before Australia. Between injuries and post-World Cup rests, the England XI is slightly substrength, which raises Ireland’s chances of winning from about one to five per cent.

For Ireland, it feels like the culmination of a long struggle, but it also comes at a fraught time. Cricket Ireland have run into financial issues after a couple of washed-out marquee fixtures. Many of our old stalwarts are well down their 30s, and it is difficult to say whether young players like James McCollum and Mark Adair, who have come up through the InterPros, will make the grade at international level.

For me, it is the coming-together of several strands. My Irish-British identity, a game I picked up in the schoolyards of Melbourne, my strange love of all things English.

And where will I be watching from? Toronto, Canada. What’s that all about, then?