Could the NRL survive promotion and relegation?

A friend of mine who strongly opposes a promotion and relegation system for the NRL recently suggested Australia’s population size is the principal reason an EPL-style tiered structure for rugby league won’t work.

“Australia doesn’t have the population base of Europe”, he said. “If Melbourne were demoted, what happens to (Cameron) Smith and (Cameron) Munster?”.

I’ve also heard that Australians aren’t interested in second-tier competitions as a rule.

There is certainly some merit in those sentiments, no doubt about that. 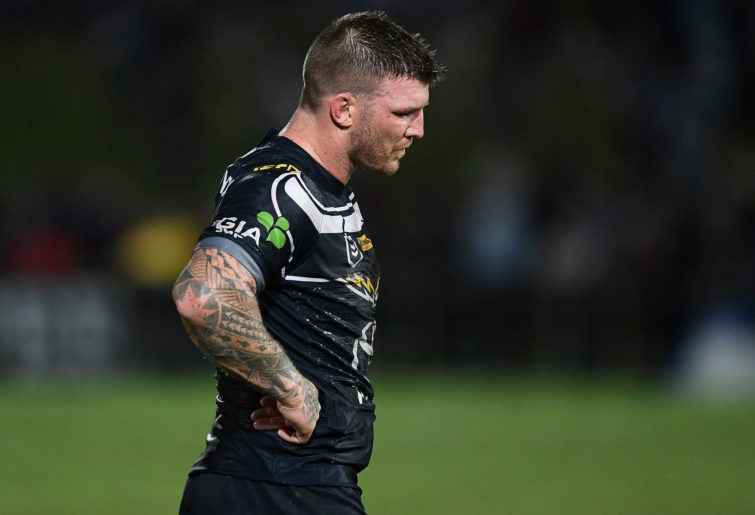 Nevertheless, a promotion and relegation system could address many of the NRL’s issues with continuing pressure to expand into new markets. It may be worth looking into in terms of its feasibility in the Australasian context.

Promotion and relegation has never been tried in Australia, and a possible counterargument to the claim that there is no interest in second-tier competitions in this country is that there has never been a promotion incentive.

Let’s explore the pros and cons of a promotion-relegation system.

The case for promotion and relegation
There are so many cities and regions ready for an NRL team. The top-flight competition cannot fit them all in; however, a second-tier premiership that offers the opportunity for a club to be promoted to the top-flight is a possible compromise and may engage sponsors and communities to support new franchises.

Promotion rewards clubs from the second-tier that have got their act together on and off the field. It also means that an NRL club that loses its way is relegated from the NRL and drops down to go through a rebuilding phase. This creates interest in a competition within the NRL competition to avoid relegation. It also addresses any perception that the NRL is a closed shop that locks out all the other clubs from entering the competition by offering opportunities to clubs like North Sydney, Redcliffe and Wentworthville to gain entry.

A two-tiered structure like the model described would provide 1 matches of professional rugby league from both competitions to be sold to broadcast partners and subscribers every week. This could empower the NRL to negotiate more TV and streaming revenue to pay for two competitions in the future.

Finally, a tiered structure offers a pathway for new clubs in Perth, Papua New Guinea, New Zealand, Queensland, the Central Coast and Fiji to the NRL. If we look at the successes of Toronto and Toulouse in the British rugby league system, those clubs have been building their systems, processes, corporate partnerships and their engagement with their local communities for several years.

The case against promotion and relegation
Second-tier competition in Australia has traditionally had little interest beyond family members and friends. We’re reminded of this when the NSW Cup is broadcast on Sunday afternoons on Channel Nine. How can we say for sure that the few thousand loyal fans that still turn up to watch their club at the bottom of the NRL ladder will still turn up next season if their club gets relegated? This is a big unknown.

The allocation of funding of clubs from the NRL in the second tier would be very contentious. There may be endless debate over how much revenue a second-tier club should receive and protests that the top-level competition and its clubs would be in effect subsidising the second-tier competition.

The salary cap level for the second tier would also be contentious. What would the salary cap be for a second-tier competition? If a club is relegated from the NRL, does a lower salary cap, for example, mean they have to release a whole heap of players? Could a club still afford to hold on to their player roster?

For example, St George Illawarra have had a bad season with a squad full of quality players and would be in the relegation zone. If they were demoted, would that team be ripped apart? Furthermore, would someone like Tyson Frizell be forced to stay at a second-tier club if St George Illawarra were relegated and he most probably lost his NSW and Australian jersey?

The relegation of some clubs may kill off these clubs for good. The regions and people they represent would be lost to the game. You would have to question whether the Gold Coast, the Warriors or the Melbourne Storm would survive relegation. If the Warriors were relegated, the NRL could lose a large TV and streaming audience from the New Zealand market and the revenue this audience brings in for the game.

Promotion and relegation has never been tried in any sporting competition in Australasia and the introduction of the concept is high risk because there is no promotion-relegation culture. Is there any guarantee that a second-tier competition would develop any profile? Would broadcast partners and sponsors be interested in funding the competition and the clubs?

So there you have it. The only way to see if promotion and relegation can work is to try it out. It may turn out to be a roaring success. However, trialling this model could also end up being a costly and expensive mistake that creates a big mess that will take years to recover.