It’s ard to believe we’re here already, but the final block of pool-stage games is upon us. For a tournament that has been coming for an eternity, it’s going to be over in a flash.

This last little block of games features some tantalising games among them, plus a couple that could have some big impact on some of the pools.

Could this be the most memorable week of the tournament to date?

So, in what seems like a flash, the pool stage is almost over, and we still have plenty to look forward to in this last push before the business end of the tournament gets cracking.

There are two games in particular to keep an eye on with direct repercussions for the quarter-finals.

England and France, who will decide the winner of their pool and individual quarter-final paths, and the impressive Japan taking on the Scots.

The Japanese are looking to not only win their individual pool at a RWC for the first time, but qualify for their maiden finals appearance in front of their faithful, while Scotland will be looking to upset the apple cart and keep themselves in the hunt. Fittingly, this exciting clash will be the last pool game of this World Cup.

For my money here, the English and Brave Blossoms look the goods but this World Cup has thrown some curve balls so far, so let’s see if there are a few surprises yet to come.

With the final block of pool matches upon us, four major talking points jump out. Will the Wallabies have an effective lead-in to the quarter-finals and be able to assert themselves against Georgia for longer periods than they managed against Uruguay? To do so they’ll need to be better disciplined and sure of hand, to be able to work the Lelos around the park and then take their opportunities when they present themselves.

Who does Italy have left to play in the front row against New Zealand? Whoever it is, let’s hope they know the difference between up and down, top and bottom.

With Argentina’s demise, the England vs France game is no longer the blockbuster it could have been, which pushes us right along into the big one on Sunday night: the sensational host country Japan, playing for their first ever quarter-final appearance, against Scotland. I’d love to see it happen, but the weight of expectation is ridiculously high, and the Scots are surely not as low as what everyone has been saying. Scotland for me.

The fourth talking point is the weather. If Japan’s weather forecasters are anything like Australia’s, Typhoon Hagibis should have blown off course already and be about to pass through Upper Mongolia as we speak. Let’s hope so.

Maybe it’s because I lost a couple of days to the 13-man code and the Canberra Raiders’ tilt at a first NRL premiership in 25 years, but I really feel like I’ve missed a chunk of games, which has me finding it hard to believe we’re into the last week of the pools already.

This might be the block of games in which we seem some surprising results.

Is this the week for France’s standard incredible RWC performance? Will Namibia or Canada learn more from their heavy defeats to date? Does much more professional rugby experience in MLR help the US, or are Tonga still getting what they need out of the Pacific Nations Cup? 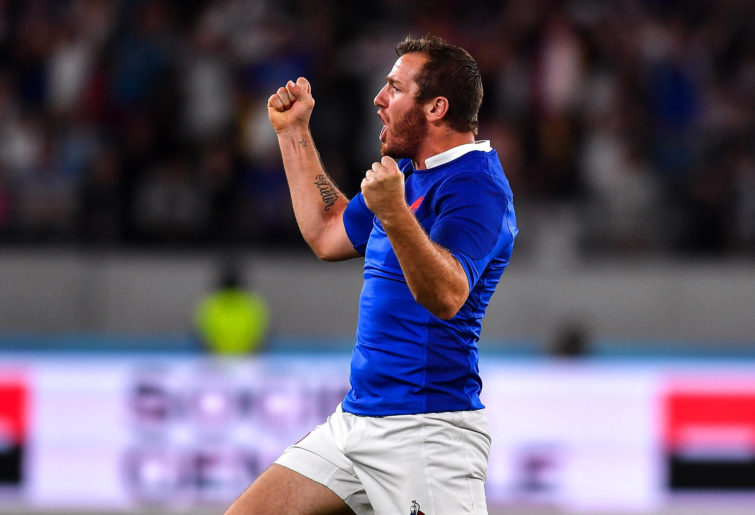 And then it’s Japan vs Scotland.

This RWC has been already so memorable because of two things: the Japanese crowds and the venues, and most importantly, the Brave Blossoms themselves. The perfect reward for both would be that Japan tops the pool, and they reach their first ever knockout stage. It would be absolutely amazing.

But I love Scotland, and want them to get through just as much. This is perhaps the hardest tip of the pool stage to date. And I think the hosts just have the slight edge.

Red is the new yellow, Japan is the new Japan, Ireland is the new Scotland, and nothing is new about the Pacific Island teams in the Cup.

You wouldn’t want to be lifted in the line out by Italian props. They’ll prematurely eject you, and then one of them will also be ejected.

Geoff has deep inside observation advantage over all the panel, but I’m going with my gut.

I’m going with the Brave Cherry-Picking Blossoms over the no-try Jocks, because humid home field advantage is worth seven points, and they needed two more shades of Gray.

Tough Namibia and the well-coached USA for the minnow vs minnow wins.

Nobes isn’t able to elaborate on his tips this week, but we look forward to his return next week.