I have a new guilty pleasure on #SokkahTwitter.

I lurk in the corners and wait for the inevitable anti-VAR tweets.

You know the ones.

The “VAR has ruined football” tweets. The “VAR has killed everything I love about the game” tweets.

When I find them, I click on that person’s Twitter feed and I start scrolling. I scroll and I scroll until I find the tweets they used to send.

It all leaves me very confused. We were unhappy when the refereeing was bad and we continue to berate referees for getting it wrong without VAR assistance in semi-professional, amateur or even junior leagues, yet seem even more unhappy now that the decisions are correct.

VAR is not perfect, but you know what?

It got every contentious decision correct in Round 1 of the A-League.

Kosta Barbarouses? He was offside. 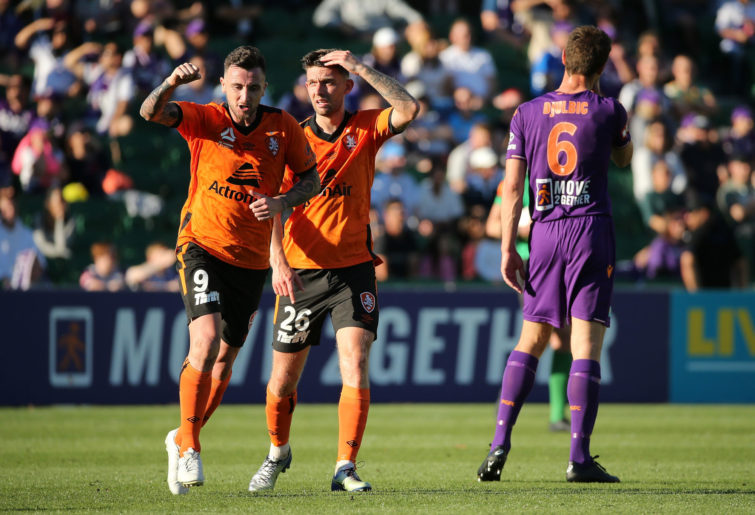 Michael Jakobsen? Even if I disagree with the current interpretation of the handball rule, his arm was away from his body in an “unnatural” position and the decision to award a penalty was completely consistent with what we have seen at the World Cup and in Europe.

At times, sure, it took a little while, but the decisions were right.

If you think that’s wrong and if you honestly believe that you prefer a world where decisions were wrong and you just had to cop it sweet, then I ask you to remember the last time your team was cost a win by an offside goal or denied a penalty for a handball in the box.

I invite you to scroll back through your Twitter feed, through your Facebook posts, your WhatsApp groups or however you talk to your mates and discuss football and challenge you to show me a time your team was on the wrong end of a game-changing wrong decision and you weren’t upset or didn’t feel cheated.

I know I’ve failed that test many times.

The implementation and quality of the decision made with VAR consultation are far improved now than they were during the first few years of the technology.

Again, it’s still not perfect and even as someone who has become somewhat positive about the technology compared to when it was first introduced, I know some things need to improve even further.

For instance, the experience in the stadium is still terrible – and this is undoubtedly one of the biggest issues with its use.

It’s easily fixed, though. For starters, announce that a VAR decision is pending and show the punters in the stadium the replays on the big screens. We’ve paid to come and watch the game, do us the courtesy of keeping us in the loop.

The other big issue at this point is the length of time it takes to get to the correct decision.

It took over two minutes for the central referee to get the chance to review Dylan Fox’s handball and it had been around five minutes by the time Mitchell Duke stepped up to take the penalty.

That is, quite clearly, too long a time to wait. What happens if Central Coast Mariners score in that time?

This is not so easily fixed, without giving the power to the VAR to simply award penalty kicks from their station without needing to wait for a break in play.

The bottom line, however, is that the actual decisions and the consistency with which they are applied are improving – and as long VAR continues to improve in that direction, then the technology is doing what it’s supposed to do.