Wellington Phoenix get screwed every week and nobody cares

Wellington Phoenix get shafted by shocking refereeing decisions on a regular basis but no one in Australia cares or does anything about it because the club is based in New Zealand.

It might be time to put our hands up and admit something that has been abundantly clear over the opening four rounds of the season.

It’s the fact that Australian-based fans, media and administrators couldn’t care less about what happens on the pitch to Wellington Phoenix – because they’re a Kiwi club.

Players illegally returning to the field and getting involved in the action? VAR decisions that make sense to no one? It doesn’t matter, because the Phoenix are just a Kiwi club.

There’s long been an unspoken feeling among Aussie fans that the Phoenix are nothing more than cannon fodder to be shuttled across the Tasman every fortnight to serve as bit-part actors in another comfortable home win.

And when they’re playing at a Westpac Stadium they’ve called home every single season since they were founded in 2007, hardly anyone watches them on TV. 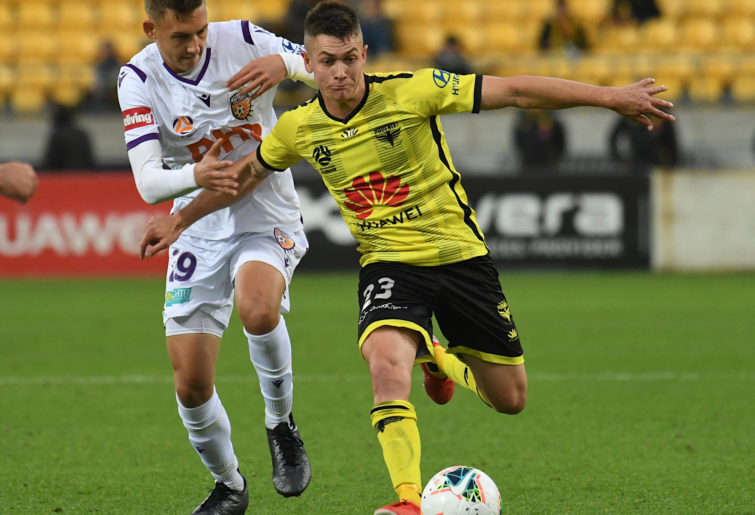 Because the stadium’s too big. Or we don’t like the commentators.

Or because we’re definitely football fans who support our local league, just as long as it never involves actually watching any football.

The age-old complaints about the Sky Sports commentators speak volumes about our collective mindset.

But Jamie Harnwell or Stan Lazaridis calling a Perth Glory game? Or Alex Brosque on the Fox Sports panel at a Sydney derby? That’s totally fine.

And if you’re the Phoenix what you need to do is sit down, shut up and not make too much noise in case someone threatens to yank your A-League licence out from underneath you.

And if you’re Phoenix general manager David Dome, you probably shouldn’t ask new Referees Advisor Strebre Delovski for a “please explain” around VAR decisions and why you always seem to get first-time referees.

Haven’t you already been told why the A-League gives “the more experienced referees to the bigger games” anyway?

And if you’re a member of the Yellow Fever, you can absolutely nod along in agreement to every word that’s written here.

Just don’t admit it publicly. Because years ago, Mike Tuckerman said on Twitter it might help your cause if a few more Phoenix fans turned up in the stands, and you didn’t like that.

Or maybe you just didn’t like the forceful language and strong opinions – especially since they weren’t coming from you.

If someone writes one column you don’t agree with, it’s probably safer to ignore the 860 others and wait for Simon Hill to join Twitter so you can agree with him instead. That way you can say it’s nice to finally see a journalist talk about these issues for once.

That’s the status quo. It’s the way things are and the way they’ll always be, because everyone in the A-League is pretty much only in it for themselves.

And we certainly don’t care about what some club from New Zealand is doing.

If we did, we’d probably mention Auckland in the same breath as every other potential A-League expansion city.

Or we’d talk about how Wellington, with its picturesque city centre and countless pubs and quirky bars, is the best away day in the competition.

Or we’d be following the exploits of Sarpreet Singh, who has the potential to be the finest Kiwi export since Wynton Rufer.

Because it’s Friday, so we should be talking about Melbourne City’s clash with the Central Coast Mariners tonight. Or, more specifically, about how City have no identity.

Or we should be talking about Melbourne Victory instead. Why didn’t they play on Melbourne Cup eve again?

Probably because it would have disadvantaged Wellington Phoenix.

But that’s okay. Nobody cares about them anyway.