Mainstream media has long perpetuated the myth that the A-League switched to a summer season to avoid going head to head with rival codes, but could it soon become a reality?

It was the National Soccer League that made the switch to summer football for the 1989-90 season, although previous campaigns had kicked off as early as January.

The rationale was similar to the one often floated around the A-League – that top-flight football would benefit from increased media exposure if it wasn’t competing with other winter codes – although some of the NSL’s quagmire pitches no doubt helped seal the deal.

However, some comments from a global broadcast rights advisor in the Fairfax press during the week have sparked a debate around whether the A-League should consider switching back to a winter season.

“Where 12 months ago I would have said definitively ‘no, that’s the craziest thing they could do’, because of the shape it’s in now, it is time to rethink things,” Colin Smith of Global Media & Sports told Vince Rugari on Tuesday.

“If I was the A-League, I’d think it’s time to do a really detailed and comprehensive analysis of the business case and it’s something I’d be talking to broadcasters about.”

But would it work? And would it lead to more fans coming through the gates than now? 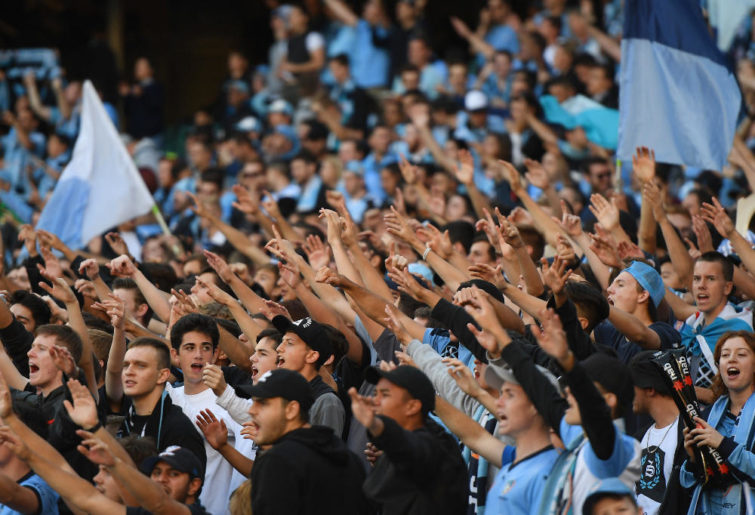 There are certainly a few compelling reasons for switching the A-League back to a winter calendar.

Chief among them should be the desire to link the A-League to the tiers underneath it and create a genuine football pyramid.

There’s been plenty of talk about creating a national second division of late, but promotion and relegation will only work if the two leagues are played concurrently.

There are also the health and safety concerns of playing in summer – not just for players, but increasingly for spectators as well.

The week-long threat of tonight’s clash between the Newcastle Jets and Sydney FC being postponed over air quality and the fact that Australian summers are clearly getting hotter suggests these sorts of concerns aren’t just going to disappear.

And as a product – both on TV and inside the stadium – some A-League games lack a certain intensity at the absolute peak of the summer heat.

But Smith’s argument that a winter A-League season would prove more amenable to TV broadcasters like Optus because “they could have wall-to-wall football 12 months of the year” falls down under a bit of scrutiny.

And realistically the A-League already struggles to appeal to Eurosnob fans without putting it in direct competition with the start and end of major European campaigns.

But perhaps the most obvious obstacle towards moving the A-League to a winter season is the omnipresent spectre of both the NRL and AFL.

As a football fan, I couldn’t care less about either competition. But as someone who knows first-hand how the media works, there’s a clear danger of the A-League being completely ignored by mainstream media outlets with a long-held preference for covering the other footy codes.

And the debate has stirred up another unpalatable truth about the current A-League season.

It seems that many of us are quite happy to debate almost every aspect of the competition online, but far less willing than we used to be to actually attend a game or watch one on TV.

And that’s really what’s at the heart of this debate.

We certainly seem to be less interested in the A-League than we used to be, but a quick look around the grounds suggests other sports are suffering much the same problem.

So rather than go for the band-aid solution of switching to a winter season, I’d prefer to see the A-League fix some of its inherent problems first.

Let’s institute transfer fees and launch a second division before overhauling a calendar that worked well in the past.