Born in Orange, New South Wales, Maloney grew up with footy in his blood. His father, Brian Maloney, was considered one of the best country rugby league players of his time and was captain-coach of the town’s team.

Unfortunately, Brian passed away before James made his NRL debut, for Melbourne.

While he only played four games for the Storm, it was still a year where he was under the tutelage of Craig Bellamy and got to train with Smith, Cronk and Slater. For a young man starting out his NRL career, the experience he gained was invaluable.

From there he made his way across the ditch, finding himself in the Warriors’ matchday 17.

In New Zealand he began to make a name for himself, his biggest year coming in 2011 as he played a key role in getting the Warriors to their second grand final.

Although they would ultimately fall short, it was still a successful season for Maloney, finishing the year as the club’s highest point-scorer. That year he also revealed he would be making his way back to Australia in 2013, having signed a contract with the Sydney Roosters.

He had a stellar 2013, making his debut for the Blues in State of Origin, winning the minor premiership with the Chooks, finishing the year as the highest point-scorer in the NRL, and winning his first grand final.

His next two seasons would also be great personally, Maloney finding more success and continuing to prove his ability as one of the best halves in the competition.

The next chapter in his career showed again why he was dubbed ‘Jimmy Wins’, as he helped the Cronulla Sharks finally win their maiden premiership in 2016. 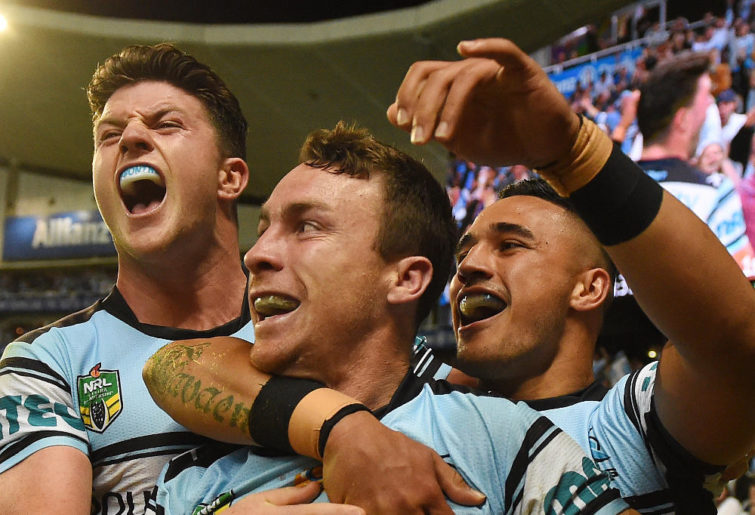 After that, he helped take the Penrith Panthers to two finals series.

This club success alone provides an argument that Maloney was one of the top ten players of the decade. But there was something missing and in 2018 he made his return to the Origin arena as a veteran in Brad Fittler’s new-look Blues, playing a key role in helping NSW break Queensland’s stranglehold.

After being left out for Game 1 in 2019, Maloney returned for Games 2 and 3, and was critical in the Blues going back to back for the first time since 2005.

The end of 2019 marked the end of his NRL career as he moved to the Super League, accepting a contract with the Catalans Dragons.

Jimmy is one of the more colourful characters we have seen in the NRL, his short stints at clubs making people wonder whether there is only so much his coaches and teammates can put up with. However, despite being a bit of a prankster, Jimmy still has the respect of his peers and especially the fans.

He has carved out a successful career both personally and for the clubs he has given his time to. He does come under criticism, such as his lack of defence and giving away penalties, but he has still proven himself a valuable player, especially at the Roosters and Sharks.

While Thurston and Cronk are above him when it comes to the best halves of the last decade, Maloney belongs in the discussion as one of the best players of recent times.

He may never be an Immortal, but his career is Hall of Fame worthy and he will always be remembered as that loveable larrikin who played a huge role in bringing pride back to NSW and guiding Cronulla to history.

For a young boy growing up in the country, idolising his dad and setting out with a dream to make it in the NRL, Jimmy wins.