Footy fans all across Australia eagerly await it. But when they finally get released the excitement quickly turns to frustration outside Victoria.

“Those damn Victorians!” I hear as I walk past a pub adorned with Eagles and Dockers scarves. This is the injustice that is consistently occurring in Aussie rules: the Victorian-central landscape of the AFL.

I grew up here in Perth and have lived here my whole life. What’s not to love – great beaches, fantastic weather, plenty of space, lots happening and a stellar sporting history in several codes.

But what I do not love is the way non-Victorian AFL teams and especially West Australian footy teams are treated.

AFL in our great state is a religion. Simple as that. It’s alright that you don’t know what is happening with politics or the news, it doesn’t matter if you don’t know who our premier or even the prime minister is.

But it is not alright if you don’t know who the Eagles beat at the weekend. My dad and mum brought me and my two brothers up in a diehard Eagles household. There haven’t been many Eagles home games I haven’t attended.

Freo – as much as I despise them during the derby – are a team with serious potential, but due to being discriminated against haven’t been very successful. I wouldn’t want to go as far as to say that it is akin to being treated like a second-class citizen, but it’s not much better.

Last year the Melbourne Demons had a whopping 18 home-city games out of 23. All other Victorian teams (the nine of them) had either 16 or 17 home-city games. Whereas the eight interstate teams had just 12. Yes, you read that right – 12! 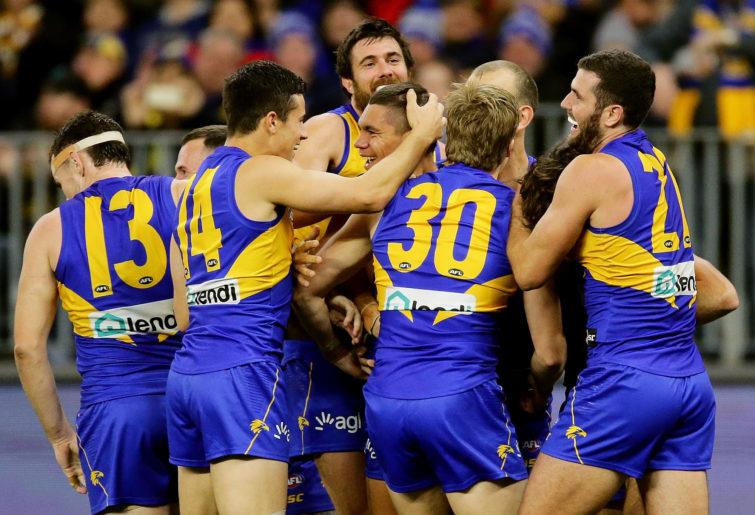 I get that it is hard to run a multi-million dollar national sports league. And yes, with 18 clubs all spread out over the sixth largest nation by area in the world, it is sure to have some challenges.

Balance is a tough goal. I understand the AFL was founded in Melbourne and started off as the VFL with only Victorian teams, but more needs to be done.

Take the MCG deal, for example. The AFL signed a contract in 2013 stating that all grand finals until 2057 are to be played at the MCG in Melbourne.

This is mind-boggling. In pretty much all other sporting codes globally – the NFL, NBA, and locally the BBL and NBL – the grand final is never played at one set location, and different teams and cities share it.

If all these organisations – some multi-billion dollar leagues – can do it, then why can’t the AFL? It is the fairest way.

Take the recent COVID-19 fiasco. When the AFL temporarily suspended the season back in March, they said that players could only train with one other person (non-contact) per all states’ laws at the time.

On April 26, WA became the first state in Australia to start to ease these restrictions thanks to outstanding testing, low cases, and correct isolation and social distancing. So that would mean the Eagles and Dockers could train (non-contact) in groups of ten, right?

You thought wrong. The AFL said WA clubs can’t do this until all states allowed this, citing this as an unfair competitive advantage. Yet the Eagles and Dockers have to travel 3000 kilometres every second week while Dustin Martin wakes up and drives ten minutes to the G, 18 out of 23 games.

Port Adelaide great Kane Cornes couldn’t have put it better: “God forbid WA clubs get an unfair advantage. These are the guys that travel four hours on a plane every second week while Jack Riewoldt sleeps in his bed for 14 weeks of the season playing games at the MCG.”

This is another bang-on comment from Cornes proving how Vic-centric the AFL actually is.

To no surprise, Cornes’ comments were slammed by Victorian AFL dinosaurs like Matthew Richardson and Eddie McGuire.

It just doesn’t seem fair for a direct employee – especially a senior one – of a competing AFL club to be commentating on other teams’ games. It is biased and unfair and puts the wrong ideas in people’s heads.

The bias stems from the media. Commentators like McGuire were around when the VFL became the AFL. They are still caught up in the past. They want it to be VFL-centric.

But with people like McGuire in the media, on footy shows and commentating, it is going to be hard to achieve. The AFL needs to do more to make this great game of ours more national and inclusive.