Who knows the secret in the NRL era?

Firstly, I will provide a brief explanation of the secret.

If you haven’t caught it yet, The Book of Basketball is a highly enjoyable read, written from the perspective of a hardcore basketball tragic in Bill Simmons.

The former ESPN producer canvasses the history of professional basketball and injects it with a highly addictive dose of sports fan pop culture.

Arguably the main feature of the book is the pyramid, a ranking of the best 100 basketball players of all time and detailed arguments about the good, the bad, and the ugly for every single player in the 100.

Some players get half a page, some get six to eight pages.

And yes, when I said ugly, I meant it. Simmons goes in.

Charles Barkley loved to party and he ate and gambled too much. Shaquille O’Neal was always about the fun and the cameras and had to always make sure he was the alpha dog. Shawn Kemp had seven kids with six different women.

Level 1 represented players 100-81 and so on down to Level 5, or the pantheon or penthouse as he calls it. It is reserved for only the finest players, the best of the best.

If I asked you where Michael Jordan was ranked on Simmons’ pyramid, what would your guess be?

Most people would say number one, right? I thought the same when I was reading the book myself and staving off the temptation to skip to the end.

But no, Michael Jordan, universally considered the greatest basketballer of all time, comes in at number two in the Pyramid.

Well, Simmons argued that Jordan’s failure to grasp the secret meant that he missed out on opportunities to win more championships earlier on in his career.

What is the secret?

According to Simmons, the secret is that it’s not about basketball.

Simmons bemoaned the fact that few people involved in the game of basketball, whether they be fans, administrators, or players, truly understood the secret.

“Numbers help, but only to a certain degree,” he wrote.

“You still have to watch the games. The fans don’t get it. It goes deeper than that — I’m not sure who gets it. We measure players by numbers, only the playoffs roll around and teams that play together, kill themselves defensively, sacrifice personal success and ignore statistics invariably win the title. We have trouble processing the ‘teamwork over talent’ thing.

“But how do you keep stats for best chemistry and ‘most unselfish’ or even ‘most tangible and consistent effect on a group of teammates’? It’s impossible. That’s why we struggle to comprehend professional basketball.”

What Simmons was trying to say is that there’s more to the game than numbers – that the overall impact a player has on a team and consequently the team’s success can’t be measured by statistics alone.

The secret, in a nutshell, is how much a player makes his team better and those better around him.

So who knows the secret in the NRL era?

In Simmons’ view, the number of championships is essential to determining a player’s greatness, because an individual can significantly affect the outcome of a sport played with ten players at once.

In rugby league, there are 26 members on the playing area at once.

Perhaps it is reasonable to assume that a single player on a rugby league pitch has less control over the outcome of a match than a basketballer does on the court in a game.

Arguably all the most renowned players have at least had a whiff of the secret.

Andrew Johns, Darren Lockyer, Johnathan Thurston, Brad Fittler, Cameron Smith, Paul Gallen… That’s just in the NRL era. They all knew what it took to push themselves and their teams beyond the line. 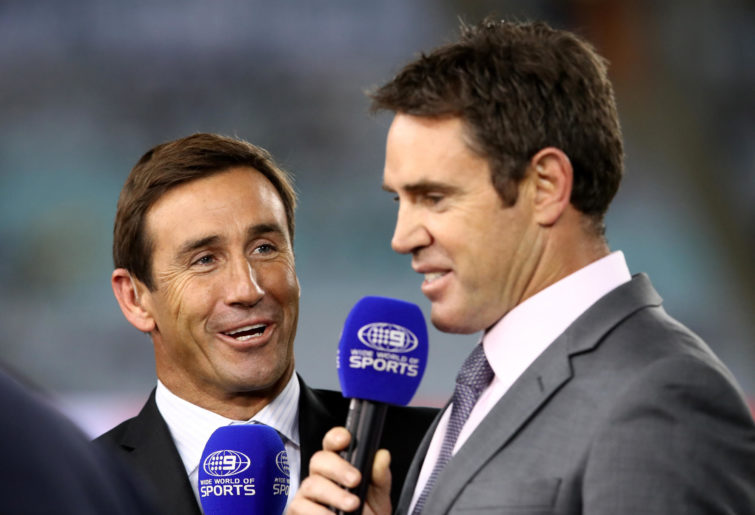 However, the beautiful thing about the secret is that you don’t necessarily need to be a future immortal, superstar, or representative player to understand or harness it.

Aubusson is an imposter. A bodysnatcher. A chameleon.

Usually lurking on the bench, when he gets called up he seems to morph into the guy who he is replacing and does the job at the same or often better value.

He’s not particularly big or fast or pretty to watch, but he is probably able to cover roughly four or five positions on the paddock and he usually does it very effectively.

Like that scene in X-Men, where Wolverine loses his metal claws and grows them back again instantly due to abnormal healing abilities, that’s what Aubusson is. Whatever that thing is.

This curious little intangible is not measured in rugby league (it is in basketball), but can you imagine the value of having someone like Aubusson on the bench for your footy club?

How many game situations has he affected over 13 years just by being a great utility? It could potentially be in the hundreds.

There’s a big difference between having someone like Aubusson to turn to on the bench in a tight situation than, say, a specialist hooker or prop. 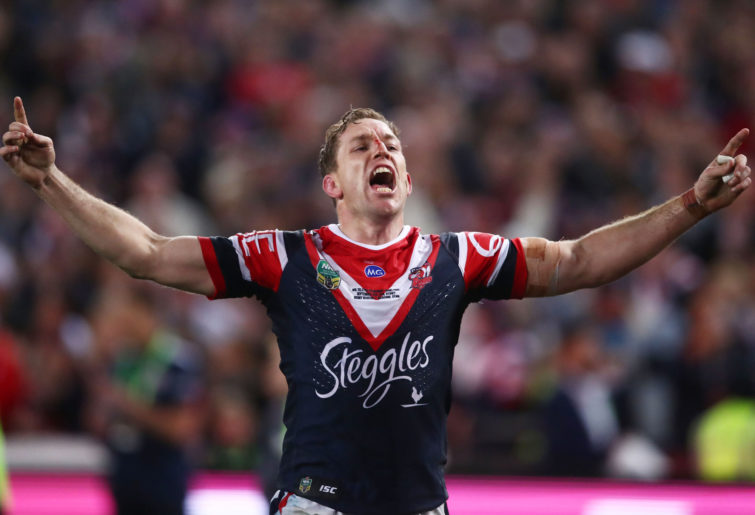 Aubusson understands how to best use the talents he has to contribute to the overall success of his team. That’s the purest definition of the secret.

It’s paid dividends for him. He may be one of the more successful rugby league players of the 2010s. He’s got three NRL premierships and he’s played in four grand finals.

With the way that the Roosters are going, he could add to that tally yet.

Oh yes, Mitchell Aubusson knows what the secret is.

So, who else do you think has grasped the secret in the NRL era?

Oh, by the way, you may be wondering who topped Jordan on Bill Simmons’ pyramid from earlier in the article.

His name was Bill Russell and he played his entire career with the Boston Celtics. Championships: 11.