How to repay the Warriors in 2021? Stretch the gratitude into 2022 as well

While the Warriors continue to sink from loss to loss in 2020, speculation has started to turn to what the best course of action is to repay the club in 2021, and a proposal which gets extra footy in New Zealand should be adopted.

Every NRL fan has been touched by the sacrifices the men from Auckland have made to keep this year’s competition going in the face of the COVID pandemic and international travel restrictions.

These issues obviously need to be somewhat resolved for any plan involving games across the ditch to work next year.

But should they see substantial improvement, the NRL, and all 15 Australian clubs must be willing to give back to the Warriors, who have struggled enormously away from home.

In truth, they may have struggled anyway this season, and the sacking of Stephen Kearney, as well as public comments from the club regarding the future of some of their players hasn’t helped the mood. 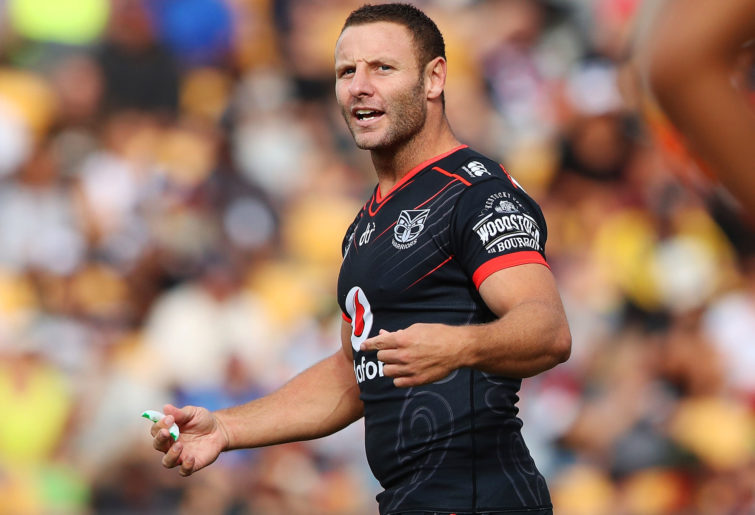 No matter how bad their performance though, the club take the NRL to New Zealand and are an important, almost crucial, part of the competition.

The organisation must be protected.

Speculation has been that the Warriors may be allowed to host 24 home games next year in Auckland, and while on the surface that may seem like the ideal scenario, there are plenty of roadblocks standing in the way.

The idea for what has formerly been one of the NRL’s more entertaining sides not having to leave home all year is intriguing, but it’s not quite right.

Playing in New Zealand or a comfortable location? Yes. Playing all of their games in Auckland? No.

By playing all 24 games in Auckland, crowd fatigue – and lower attendances as a result – would become a major issue. Sure, it would start well as footy-starved fans get out, but – particularly if the club struggle – it would grow stale quickly.

Having certain teams travel to the Land of the Long White Cloud twice in the space of a year wouldn’t be the right option either. Again, crowds could be expected to drop on that second visit.

Instead, the proposal should be split across the next two seasons and also have a keen eye towards expanding rugby league both around New Zealand and the Pacific Islands. The NRL, and the sport as a whole, should see this as an enormous opportunity. It’s a chance to do it while the fans, and the clubs, would all be on board.

The basic idea would be that, next year, the Warriors would have 15 games in Auckland, allowing Mt Smart Stadium to host each team once.

The other nine games should then be spread around the rest of New Zealand and the Pacific Islands. Ideally, it would be six extra games in New Zealand, and one in each of Tonga, Samoa and Fiji.

Imagine the scenes of the Cowboys taking a home game against the Warriors in Tonga with Jason Taumalolo leading the way, or Roger Tuivasa-Sheck running out in Samoa, his place of birth.

The possibilities are endless, as is the chance to engage the youth of these countries with clinics and development run by the clubs while they are on location in the week leading up to the game, as clubs often do when taking games to country areas around Australia like Mudgee, Albury or Bathurst.

It almost seems a no-brainer if the NRL can get the facilities in place to accommodate games in these islands.

It’s not as if the grounds don’t exist, with Apia Park able to hold 12,000 in Samoa, the Teufaiva Sport Stadium in Tonga 10,000, and of course the ANZ National Stadium in Suva, Fiji setting its capacity at 19,000.

The other six games could be played between Sky Stadium in Wellington, FMG Stadium in Hamilton, Forsyth Barr Stadium in Dunedin, AMI Stadium in Christchuch, Toll Stadium in Whangarei, and either Rotorua or Invercargill as the sixth.

This allows the Warriors to take their product around the country, getting fans far and wide on board, while also spending weeks taking the sport to Pacific Island nations.

Financially, the designated ‘home’ club would still take gate takings from the final three games at Mount Smart Stadium and all other venues, but it allows the NRL to expand the game and begin to get a better idea about where a second New Zealand team may be supported, or if a Pacific Islands-based team could ever happen in Australia’s main competition.

The second part of the proposal would see the clubs who didn’t ‘host’ the Warriors in 2021 take their games back to New Zealand in 2022. Not necessarily in Auckland, but in New Zealand somewhere, allowing all 15 other clubs to have played an extra game in New Zealand over a two-year period, and properly repaying a club who have given up so much to keep the competition going this season.

And sure, some will complain about fairness and the leg up this might give New Zealand, but the NRL draw is never fair. It’s never been less fair than it has this year, and it’s time the NRL acknowledge how important the Warriors are to the competition by repaying the sacrifices they have made.

Some clubs might whinge about a proposal like this, but it would be selfish at best. It’s one extra week of travel across the Tasman, or elsewhere in the Pacific for those clubs. For the Warriors, it’s already been a months-long nightmare that has no sign of ending. Simply put, giving up one home game per club over a two-year period where they still get gate takings is not a huge ask.

It’s a win-win situation for the Warriors, their fans, the sport of rugby league in New Zealand, and the NRL’s long-term aims.

Repayment must happen, but it must be done right.