Mitch Aubusson will become the most capped player for the Sydney Roosters this weekend.

Playing in his 14th and final season, Aubusson will on Saturday step on to the Sydney Cricket Ground for his 303rd first-grade match for the Tricolours, passing Anthony Minichiello (302) and Luke Ricketson (301).

A one-club man, he is one of only 41 players in the history of the NRL to have played 300 games.

It is testament to his consistency at being such a top performer that he continues to be selected for so long, and it says much for his durability that he has been available for so many years and missed so few games.

Never the biggest nor the fastest, he had to compete for many years with high-quality players for his position and yet has always seemed to command a spot in the best 17.

A three-time premiership winner, he also finished runners up with three preliminary finals appearances. He has played in 22 finals matches and is the Roosters’ club captain. He captained first grade in Round 1 of 2012 against Souths when he played a part in a remarkable Roosters comeback.

His representative career consists of two appearances for NSW Country (2016-17) and one for the NRL All-Stars (2017). He can be called upon to fill so many gaps for his team. He has played five-eighth, centre, winger, lock, second-row and hooker and played in a grand final wearing number seven.

Starting or coming off the bench, he is the ultimate Mr Fix It. He can change positions with ease when the moment requires.

While his versatility did not allow him to settle into a regular position on the field, he nevertheless became a regular in the team. His flexibility and willingness to adapt help make him so valuable.

His focus has never been on doing what is best for himself nor his next contract. Rather, Aubusson’s priority has always been what is required for the team and then to shape his performance accordingly. Many players approach the other way around.

On the field, Aubusson runs great lines with good pace and evasion. He is a strong defender that can bring down the best of them. In a preliminary final in 2018 he picked up and dumped Sam Burgess on his back.

Even the might of Burgess was startled at what this spindly back-rower dished out. Burgess rose in a fluster and lost the ball.

There has been much adulation for the bravery of Cooper Cronk, who played the second half with a broken shoulder blade, in that same match against Souths.

There were even greater plaudits for Cronk in the grand final a week later. In both games, Mitchell Aubusson defended alongside the injured Cronk.

With Cronk frequently run up quickly in defence or requiring assistance while tackling essentially with one arm, Aubusson was always covering for his teammate. 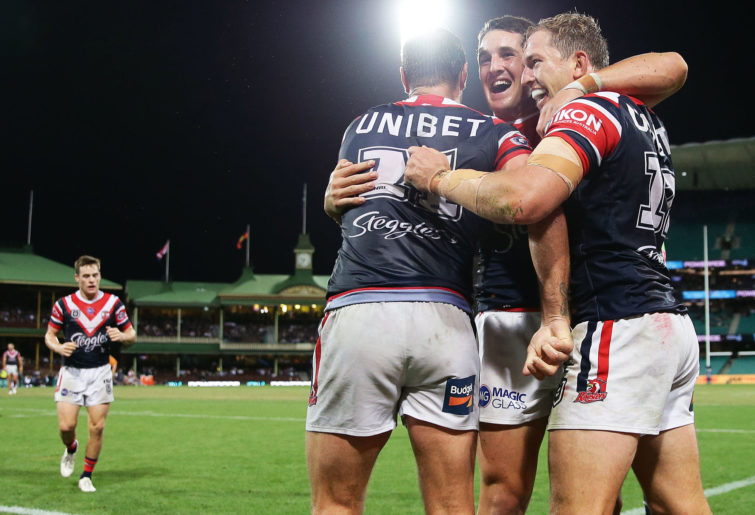 In the 2018 grand final Aubusson made 34 tackles, second only to Jake Friend, and missed one. Like much of what Aubusson does, this didn’t get much notice – not that that has ever mattered to him.

Born in 1987, Aubusson played his junior football for the Ballina Seagulls and Ballina Xavier College and represented the Australian Schoolboys in 2005.

Then came his first-grade debut in 2007 as starting five-eighth. Finals football had eluded the Roosters the previous two years.

In his first year, they would finish tenth and collect the wooden spoon two years later. They would qualify for finals twice in Aubusson’s first six seasons.

But he was identified as part of a crop who could help the sun rise again in the Eastern Suburbs.

At a club often labelled a transit lounge, Aubusson never looked for the departure gate. He never shopped himself around. There has been no link to scandal nor has he ever been suspended.

Roosters powerbrokers recognise the 33-year-old’s character and the influence he has had throughout the club. There are indications he will continue with the Roosters in an off-field role after hanging up the boots.

Much hype and adulation are afforded to players who provide fleeting moments of flash among much fizzle. Aubusson flies under the radar delivering week-in and week-out. Despite the lack of fanfare, he is held in the highest of esteem by all who know him.

He won’t draw attention but he should be recognised for his career. He is a player every club needs but rarely has. 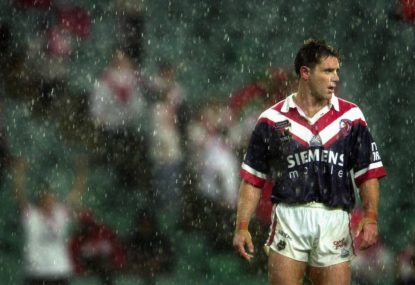 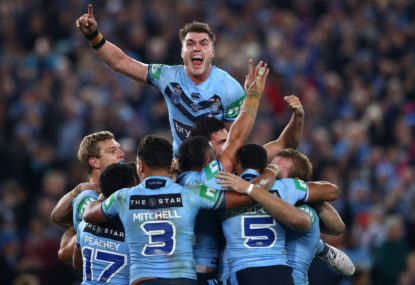