The Storm's NRL stranglehold grows stronger, but Panthers are 2021 favourites

It was fitting that Simply The Best was belted out as Cameron Smith hoisted the Provan-Summons trophy aloft last night.

Fitting because, at the end of the weirdest season in the NRL’s history, there is no question left to be answered about the who the best team were.

The scoreboard might make the grand final look closer than it really was, but the Storm proved once and for all across 80 minutes at Homebush in miserable conditions that they are the ultimate NRL club.

Without even considering the dynasty – or close enough to – the Storm have been able to build over the last decade and a half in this competition, this year may well have been the most challenging of the lot.

Instead of being able to sleep in their own beds each night, they were whisked away to keep the season going, living many miles from Melbourne on the Sunshine Coast for the last five months.

While the COVID situation worsened south of the New South Wales border, the Storm players continued to do what they do best – win games of footy. 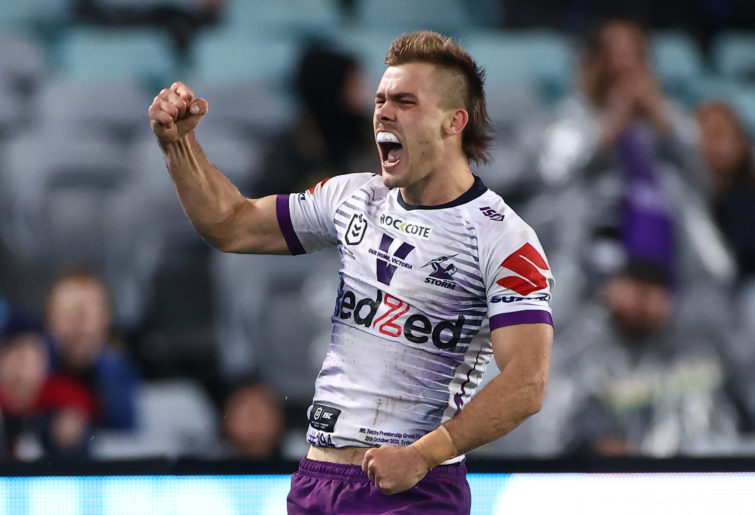 The pay off of all their sacrifices this year was clear for all to see last night as Smith and his merry band of men in purple took the fight to the Panthers, handing the side their first loss since Round 6.

And even if you do consider the referees played their part – most of the decisions were virtually spot on, but more on this in a moment – the Storm were still the better team.

The Panthers had 20 tackles in the opposition 20 during the first half, and still couldn’t crack the Storm, who just kept turning up for each other in defence. That was compared to only two tackles down the other end of the park for Melbourne, yet they were able to break Penrith time and time again.

While Phil Gould was attempting to tell anyone who would listen that the Panthers were in the game up to their eyeballs during the first half, the bottom line is they weren’t, and grand final experience counts for plenty.

You see, in the face of a couple of decisions which didn’t go their way, as well as against a Melbourne defensive outfit which played better than any they have faced in months, they cracked and faltered.

While the penalty try and even the Smith try were the correct decisions by most neutral observers’ rule book, it can be noted Penrith didn’t get everything going their way. That is where the good teams sit up and keep working. Unfortunately, Penrith fell apart and soft efforts in defence followed.

But that is what Melbourne do to you. There is a reason they are the best. Even without their retired stars, they have found a way to keep the club operating at the peak of its powers, with Ryan Papenhuyzen shocking the world to take out the Clive Churchill Medal last night.

You couldn’t have had a more deserving winner though, with the potential NSW Blues debutant running for more than 200 metres, scoring a breakaway try and making one crazy play to keep a ball in.

It was a brilliant grand final performance from the fullback, on par with any delivered previously from winning sides, and he, along with a forward pack who showed no mercy during the first hour were the reason Melbourne got over the line.

It was a miserable way for the season to end for Penrith, who were all but out of the contest by halftime when they went into the sheds 22-0 down. 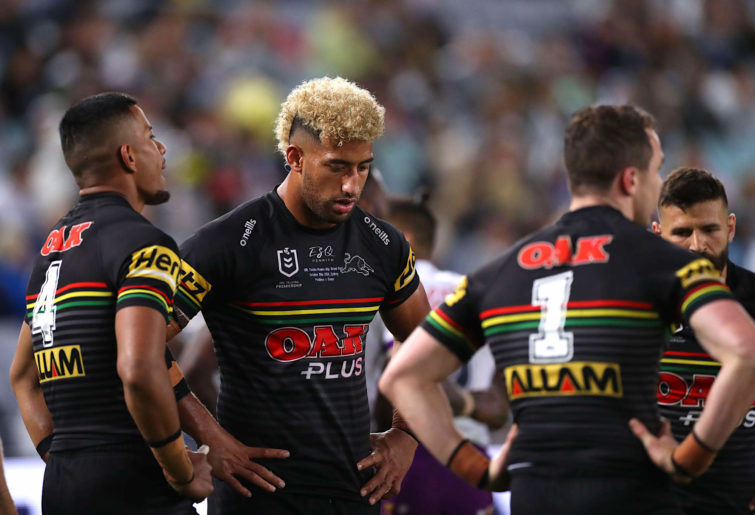 Again, it’s what Melbourne do to you, but instead of letting the floodgates open when Melbourne did score first in the second half, they toughed it out and actually gave themselves a small chance at the back-end.

Sure, it would have taken a miracle and the undisputed best grand final comeback in the game’s history, but they didn’t fall away completely, and that, for a team who want to be back at the business end of proceedings next year, was more important than anything else they did last night, or potentially even this season.

It feels weird to make a comment like that when they have won 17 on the trot before the deciding match, but experience in big games was always going to be the downfall of the mountain men. That is an experience they will be able to draw on next year when the going inevitably gets tough as the NRL hopefully returns to something approaching normal both in terms of season length, and travel for teams.

But the Panthers have put together a stellar season, and showed glimpses of it at the end of the game as Nathan Cleary and Jarome Luai combined brilliantly, and their forwards got their act together.

Unfortunately, it was too little too late, but players like Viliame Kikau saving their worst game for the biggest of the season was never going to bode well for a victory to the minor premiers.

They had simply forgotten what it was like to be under pressure and panicked as a result, making plays like they haven’t all year.

In fact, if you were looking for one moment to sum it all up for the Panthers, it was Cleary’s intercept pass which simply didn’t need to be thrown, but ended up allowing Suliuasi Vunivalu to give the competition a farewell gift and run the best part of 100 metres to score.

The Panthers were hopelessly outgunned, but they have proven this season they have what it takes to go all the way. Last night is a step on that learning curve.

What we can almost be sure of is that, no matter whether Smith retires, or what shape the NRL looks in next year, both of these teams will be near or at the top of the table once again, and there is every chance one of them could lift that famous trophy at the end.

That is a long, long way away though, and for now, Melbourne will celebrate rising to the top of the mountain again after a period of Roosters dominance, while the Panthers will plot how to live up to their favourites tag for 2021.