I know I risk turning in my Queenslander card over this, but I have something to admit: I don’t mind Phil Gould. In fact… I kind of like him.

I understand the complaints. I agree with some.

I cannot abide the referee bashing. I detest his denigration of NRL head office and his obvious hold over those in power now. He has his agendas and his obsessions and his ego, like most successful media types, and his twittering sometimes grates.

I see all that. However, I also see an intelligent thinker, a football nerd with more experience than most of us punters.

Not that you can’t have an opinion as a fan – this website surely wouldn’t exist if that was the case – however, I just have to respect Gus as a bloke who played and coached at the highest levels, and up until recently, was still involved in the day-to-day operations of a football club.

Some NRL personalities are still riding high from long forgotten glories – legends, for sure, but identities whose rugby league experience ended quite some time previously. Gould’s ‘back in my day’ extends to the 1970s, but also to just last year (and perhaps even to today, with his new Warriors gig).

More than that, he’s articulate, witty and he undeniably loves the game. He’s done more for the sport than most of us put together. I’d never agree with him on everything, but I’d love to have a beer and pick his brain about the greatest game of all.

Yet the one aspect that most people dislike I can’t help but enjoy: Gould’s ‘biased’ commentary. After Sunday night’s Storm-Panthers grand final, Gould was criticised for being biased. To that I say… yes. And? So what?

He’s a Panthers man through and through. He’s not soley responsible for their success this year, but he certainly laid the groundwork as General Manager in the eight years prior. And the rugby league literate among us know where his loyalties lie.

So, really what’s being called for is for Gus to hide his true feelings. We want him to disguise emotions – emotions that we all know are there.

Is the goal here a sort of coy theatrical performance, where we understand what Gould is really thinking inside, yet expect him to play pretend as an impartial observer, all so that the commentary is (hollowly, falsely) ‘unbiased’? How bizarre.

The expectation is, of course, the issue. We do desire a certain level of professionalism from our commentators; balanced and even-handed observations chiefly among them. I think that’s appropriate.

If you’re supporting one team, you don’t want them to be disparaged unfairly, and if you’re a casual viewer, you hope the presentation is not unfairly favouring one side.

I’ll admit Gould tipped his hand here during the grand final telecast, too often focussing on how events would affect the Panthers and not enough time concentrating on the Storm’s stellar performance.

I think this is really where things went wrong – rather than overtly supporting his boys, Gould was forced to couch his support in impartial language. It didn’t work – we all knew what he was truly thinking. We understood that his heart was overriding his reasoning. The commentary suffered for it.

My solution? Let’s remove this expectation for commentators to be unbiased. We all know their leanings. Let’s allow them to sing it out proudly with no need to dance this delicate ‘neutral’ jig.

What harm is there? We might work out that if Johnathan Thurston reckons the Cowboys will be in the top eight next year, he might be a little deluded in their favour?

We’ll be forced to admit that Sterlo is partial to the Eels. We’ll have to recognise that Fatty is one of the funniest men in Australia. (That last one doesn’t really fit, but it’s still true).

Maybe if Gus had been allowed to state clearly and unequivocally that he was viewing everything with a Penrith slant on Sunday night, we’d be more accepting of his incongruous view that they were on top, despite being fourteen points down. We might also forgive him from making Suliasi Vunivalu’s magnificent try more about Nathan Cleary’s vision than the Fijan’s unbelievable speed and evasiveness. 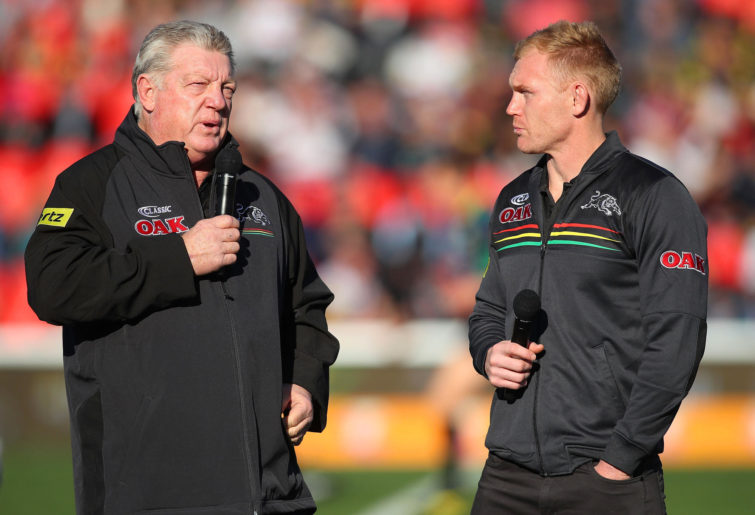 Let me put it to you this way: you’ve identified a commentator is biased… what now? How does this change the game at all?

Why? Because it doesn’t affect the match’s outcome. There are only two groups of people we should demand unbiased, dispassionate views on sport: the match officials and the NRL. The result needs to be adjudicated by a disinterested party, and head office should have no concerns other than the good of the game.

I’m not arguing that the media has no impact on the game; just that we need to put this into perspective. If, as I suggested above, an obviously subjective commentator was able to clearly and explicitly offer subjective commentary – that wouldn’t be such a bad thing!

Instead, we should consider other imperatives for a professional sporting telecast, factors I reckon are far more important than the commentators having some skin in the game. Firstly, I’d wager fans want the best experts available (and sadly not rubes like me, however insightful my Roar articles might be).

Consequently, you’re going to end up with former players and coaches who will have strong associations with certain teams. They should present their opinions openly and honestly, and always report the truth. But should Billy Slater be overlooked for a commentary gig because he has an affinity for the Storm? Absolutely not.

I also consider the conduct and ‘spirit’ of broadcast hosts and commentators to be more important than occasional biases showing through. Thankfully we’re long past the The Footy Show and its (of the time, sure, but still) questionable treatment of women.

Nine’s coverage is only improved by the presence and perspectives of its female analysts, especially Allana Ferguson and Ruan Sims. Over the years, and especially during cricket season, we’ve all seen too many overly blokey commentary teams who are too focused on themselves, or excessively negative about the match at hand, especially about the match officials. 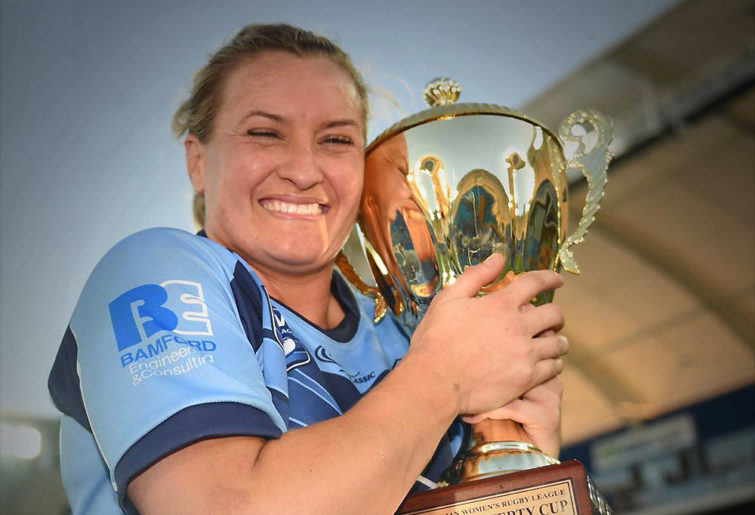 Ruan Sims made the transition from player to commentator – and has improved Nine’s league coverage. (NSWRL / Facebook)

Commentators, such as they have an influence on the game, play an important part in setting the overall tone of discussion. Constantly complaining about decisions, questioning the performance of match officials, whinging about NRL head office – these are all things that have a far more corrosive effect on rugby league discourse than a bloke supporting the team we know he played for.

Now I do I realise that complaining about decisions, questioning match officials and whinging about NRL head office all feature on the Gus Gould bingo card. I never said he was perfect. I wish he spent more time opening up his football brain and talking the game up.

In my view he’s not alone in directing too much righteous condemnation towards the imperfect human beings we call referees and offering too much leeway to reckless players (how many times can a swinging arm really bounce off a ball and hit someone on the chin?).

Nevertheless, I take issue with Gould being critiqued for loving his team too much. For a game that lives and dies on tribalism, we shouldn’t lose our minds when someone has a tribe. As you sit there in the stands or in front of your TV, decked out with your jersey and your flag, consider whether it’s so bad our commentators might have personal feelings about who wins and loses.

Admit to yourself that if Gus turned up on TV with Panther facepaint, you wouldn’t outright respect him.

One thing I know for certain: Gould won’t care what anyone thinks. He’s said as much already.

Just like he coached his players to understand their role for his successful teams, Gus must appreciate the part he plays for Channel Nine’s commentary. He’s the provocateur. I do think he genuinely offers his honest opinions, but he also understands how to provoke outrage and stir us all up. In Queensland he knows he’s a villain, especially during State of Origin.

Honestly, it’s all rather good for this pantomime we call rugby league. You don’t get attention, clicks, Twitter outrage and articles like this without passion and that’s what Gus inspires. And you certainly wouldn’t get anything interesting if everyone was neutral, detached and, yes, unbiased.