When Queensland began their dynastic run in Origin back in 2006, the series had been tightly contested.

Before 2006, New South Wales had won 12 series while the Maroons had won ten. If there is anything we can expect from Queensland, it’s that they will put in an effort for 80 minutes long whether they are the favourites or outsiders.

Although it may be recency bias, you always have the nightmare that the Blues will be tested and rattled in any way possible. Game 1 was just another example of New South Wales failing to manage high pressures and expectations set for the team.

It was a shaky start from the Blues before they eventually steadied the ship. Things were running smoothly for New South Wales as they had a good flurry of play leading to halftime. Then, the Maroons dug in and shut the Blues down in the second half.

Despite being undermanned and inexperienced, the Maroons displayed strong passion and pride for their jersey. Whenever Queensland were tested and outmatched in certain situations, each player would turn up for each other to assist in keeping the Blues at bay.

You could even say for the majority of the game the Maroons outplayed the Blues.

The senior players stepped up as needed to lead the debutants for Queensland. Dane Gagai, Josh Papalii, Cameron Munster and Daly Cherry-Evans were pivotal with their performances.

Gagai did especially well to protect his end of the field partnering with Xavier Coates. He made try-saving tackles and also dominated Jack Wighton with the ball. It was mainly the other end with Kurt Capewell and Phillip Sami that was exploited but it didn’t cost them in the end.

Massive changes will be needed for New South Wales. Evidently, jamming in talent didn’t work out for the Blues. They had the fullback of the year in Clint Gutherson and the five-eighth of the year in Jack Wighton lining up in the centres.

Wighton had a horrible time matching up against Gagai and was rendered ineffective defensively, recording seven missed tackles which were the most for the game. Meanwhile, Gutherson did have a crucial slip up against Kurt Capewell for Queensland’s first try.

It did seem for the most part that Gutherson and Josh Addo-Carr worked well together. They paired up to produce two tries and with Gutherson’s work ethic demonstrated by his 32 tackles made, I wouldn’t be opposed to see him partner Addo-Carr again for Game 2. 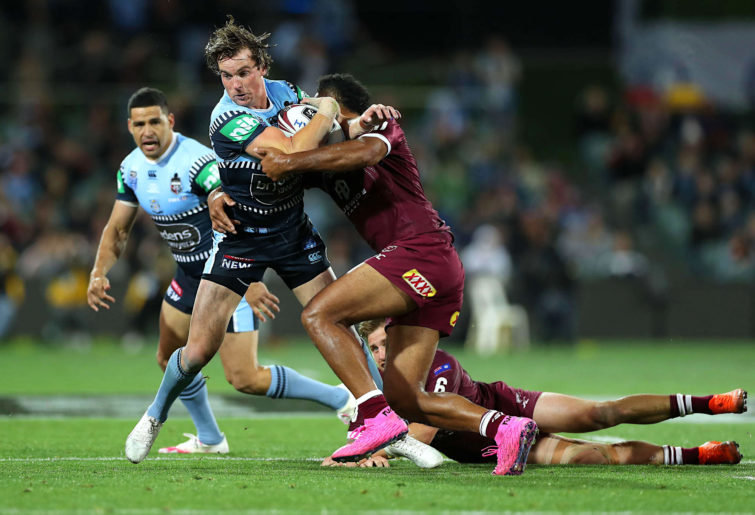 The exclamation point was the playmakers for the Maroons being far more superior to the Blues playmakers. Luke Keary and Nathan Cleary were absent while Daly Cherry-Evans and Cameron Munster were more threatening.

Just looking at the numbers, Cherry-Evans and Munster ran for more metres and challenged the defence making multiple tackle-breaks compared to their opposition. Their ability to attack the line provided opportunities out wide which allowed Capewell and Gagai to flourish. Also, when it was required, Cherry-Evans converted his goals which made the difference in the score.

You would think that Fittler would keep Nathan Cleary at halfback, but should Keary remain as his partner? Cody Walker hasn’t been able to translate his Rabbitohs form into Origin but giving him an opportunity in a crucial Game 2 might be required. He has certainly shown attacking flair and ability to terrorise defences with his running game.

Additionally, could we see Zac Lomax, who is a traditional centre, come into the game to replace Gutherson or Wighton? By doing so, Gutherson and Wighton would make effective utility players, leaving Keary out of the squad.

Things did not go according to plan for the Blues and now they are left scrambling to find the right solutions to ensure they can extend the series. Why should we have doubted Queensland? 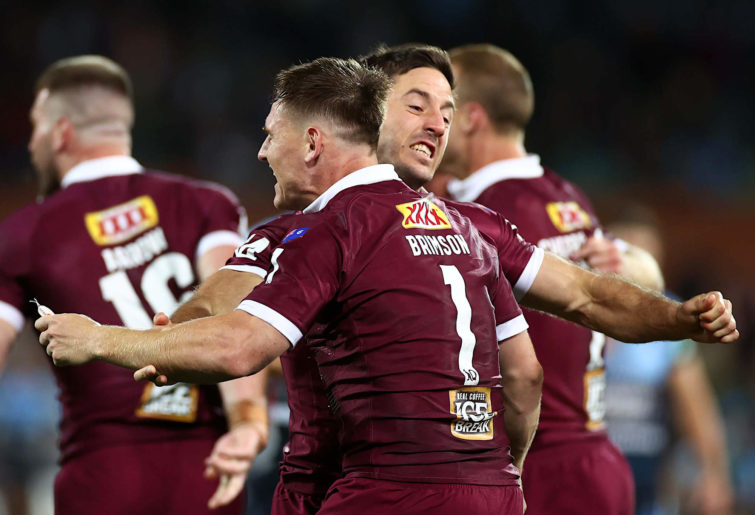 If there is anything to learn from Game 1, it is that the Blues should never go into a series expecting results to come their way. New South Wales always need to equal or exceed Queensland’s intensity in the game.

In 2018 and 2019, the Blues were able to stay locked in to match and even overwhelm the Maroons with their play and energy. However, from the first minute and throughout Game 1, they were shaken and helpless against the pressure of Queensland. A myriad of errors with and without the ball saw Queensland score 18 unanswered points to snatch the game from the Blues.

Overall, no matter what changes are made for the Blues, New South Wales are going to have to earn their victory. Queensland have instilled a culture where they rarely beat themselves.

They outworked the Blues and it seemed like the Maroons cared about Origin more than their opposition. Look out for the Blues to come out with extra urgency and intensity in Game 2, simply because they need to.