Is it time for a new Premier League champion?

When Liverpool sealed last season’s Premier League title, it was an amazing night for all fans and Liverpool players, knowing their hard work had eventually paid off.

There was celebration, jubilation and continuous rain of confetti after an industrious season. While many players and managers have been lucky to lift this trophy a couple of times, some couldn’t get hold of it.

In the last three years Liverpool and Manchester City have been the dominant forces in English football. While these two are at the very top of the pile and carting away, the others are miles apart and languish behind.

Teams like Chelsea, Manchester United and Arsenal were trying to rebuilding their team and catch up with the gap between them and the top two teams. Closing such separation requires getting really good players to level up.

Since the commencement of the season there have been mixed result for all teams and no consistency shown by any.

Although Everton started well, following two consecutive defeats they have been set back. Without doubt the two best teams in England have been torpid so far and haven’t shown their best football. Maybe these are signs of a really long year for them.

Hoping the international break might make things a little bit better, Jurgen Klopp won’t be a happy man having only Joel Matip as a proper centre back available for selection. Mohammed Salah contracted the coronavirus away at Egypt.

Pep Guardiola might be in a good mood after extending his deal but that doesn’t change the fact his team are a shadow of themselves.

It’s a long season and things are yet to unfold but it’s time other teams mount a challenge and maybe it could be their year.

The spot at the top is still open and up for grabs, although the season has just commenced. Other teams should start gearing up to win this title. Liverpool have started well enough even though not as strongly as the previous season. But the unending injury crisis together with a drop in form could scupper their bid to retain their title.

The Reds already have defender Virgil van Dijk sidelined for the remainder of the season. Trent Alexander-Arnold, Joe Gomez and Andy Robertson are all injured and possibly face a lengthy period on the sidelines.

Pep Guardiola and his team might be having more of their worries this year in Europe and pick up from where they left off last season. Although they won’t rule out a chance to go for the title again, City have not been in their best shape as well and have had their own injury problems.

Could it be that mental strength is already fading under the weight of recurring injuries, the loads of fixtures or the amount of energy spent on a high-intensity style of play?

Anyway, other teams must try getting to the finish line faster this year.

Liverpool’s star striker Mohamed Salah has tested positive for coronavirus while on duty with his Egypt national team, the country’s Football Association has confirmed.

There were a mix of nail-biting affairs and blow outs in the Week 8 of the EPL. 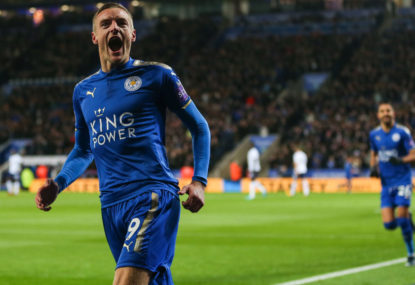